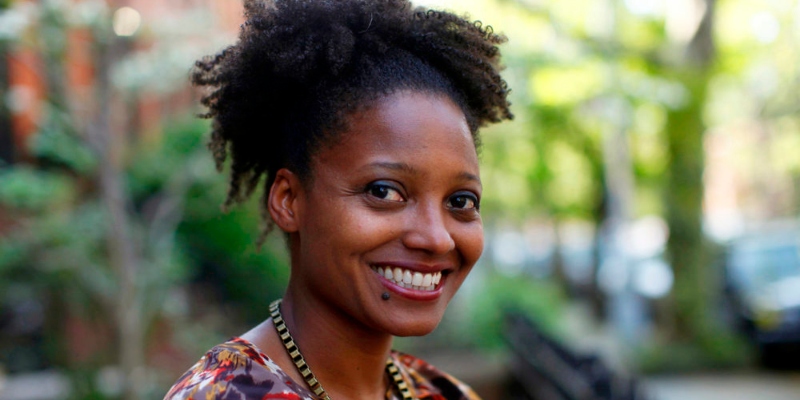 In this episode, Mitzi talks to Tracy K. Smith about her poetry collections.

Mitzi Rapkin: One of the things that struck me about the way that the poems are arranged in Such Color is of course, they go in time. The poems start in 2003. So, we’re covering a lot of time. I’m sure growing and learning in your life and a lot of changes in the world that we live in. And the way that I interpreted your movement had kind of to do with, in the beginning, the poems were, they were more rooted in stories of people. And there was a little bit more of a lightness to them and also a sense of wonder at the world we live in, but very rooted, I think in the earth.

And as we move through the collection, I felt like your view got bigger, and in some ways more dreamy. You looked beyond our planet to find answers to tell us who we are and where we belong in the world. And then coming back to a very specific moment. Does that make sense to you?

Tracy K. Smith: Yeah, it makes really clear sense. I would say that my sense of the first collection, The Body’s Question, is that I was looking for a vocabulary in which to be and claim a self. And it begins with the body in many ways. It begins with watching other people embody themselves and their stories and trying to draw courage from that.

And then Duende almost, for me marks the desire to be me, but in engagement with a world, a world that is inviting, and that also pushes me to feel self-conscious of my position as somebody from this country as an American. And then I think those other departures that you mentioned, like up into what we imagine is space or out into what we imagine is the future. In some ways, that was a way of thinking differently about this anxiety of Americanness, you know? What is the future that we, in this place, are making inevitable by our choices toward ourselves as a nation and toward others? And then somehow, history became a really inevitable site to try and interrogate, you know, contend with.

But the more I think about that, you know, I’ve always said, I tell myself that if I can listen, anew to history, it can tell us what we have not yet heard, what we might need to know, in order to, you know, make the best of where we currently are. Now, I feel like the terms, the values, the forms of authority, even the sense of goals collectively, that history has authorized, or no longer useful to where we are. And so maybe my interest or anxiety about history is about trying to find the right direction for the refusal that I think we must begin to claim more vigorously. I think that’s what I’m trying to struggle with right now. And it’s happening in prose right now. But I know it will migrate into the poems as well.

Mitzi Rapkin: Does that translate into maybe a feeling inside of you for a need for a whole new vocabulary and you don’t even know what it is yet?

Tracy K. Smith: Yeah. I mean, I’m beginning to think of terms. I’m hoping I’m mapping some of these ideas onto terms. You know, we talk a lot so much about freedom in this country, but I feel that one of the things I’ve learned about myself and others like me is that in America, we are freed and perceived as having been or descended from those who are freed, but not innately free. And so that seems like a site where new terms are really necessary. And I’m also really trying to think about the American imagination as a space, no matter who it’s directed at, or who it’s extending from, that has been marked by whiteness, that’s probably not new, but I’m trying to bring terms to that that might also allow us to think about how to reconfigure the imagination that we share.

Tracy K. Smith was born in Falmouth, Massachusetts. Smith is the author of four poetry collections, including Such Color: New and Selected Poems;

Wade in the Water, winner of the 2019 Anisfield-Wolf Book Award in Poetry, and shortlisted for the 2018 T. S. Eliot Prize. Her debut collection, The Body’s Question, won the Cave Canem Poetry Prize in 2002. Her second book, Duende, won the 2006 James Laughlin Award from the Academy of American Poets. Her collection Life on Mars won the 2012 Pulitzer Prize for Poetry. She also edited the anthology American Journal: Fifty Poems for Our Time.
First DraftLit Hub RadioMitzi RapkinpodcastsSuch Color: New and Selected PoemsTracy K. Smith
Share: 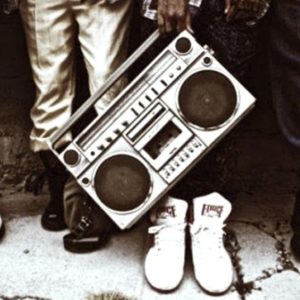 For as long as rap music has been considered by region, artists from the South have been discounted, demeaned and overlooked,...
© LitHub
Back to top