Marguerite Duras, with whom I’ve reconnected thanks to Deborah Levy’s brilliant Things I Don’t Want to Know, wrote that women often create a home in search of a utopia. Levy points out that the utopia is often defined by others’ needs: “We had a go at cancelling our own desires and found we had a talent for it. And we put a lot of our life’s energy into creating a home for our children and our men.”

The force of this observation nearly caused Levy’s book to fall from my hands. I was guilty of this (endless) search for a domestic utopia; yet, this description did not entirely sum me up. I enjoy trying to figure out where my favorite lamp looks best, or what plates to use for dinner tonight, but when I am not searching for utopia in my home I am teaching, reading, doing research and writing (and paying bills and going to the doctor and a whole lot of utterly non-utopian activities.) Over the years, my pursuit has been blighted by more than one domestic dystopia. And yet, hope endures.

I am only one generation past the era of the “domestic angels” my mother and her sister were raised to be in Spain under the Franco regime. They, and the females in their cohort, were required to go to a training camp to become “angeles del hogar” (literally, angels of the home). Keep everything sparkling? Check. Smile and never complain? Check. Be able to make a man’s shirt from scratch without a sewing machine? Check.

But my education was in another country, another era, and was as different as it could be. I went to Sarah Lawrence College, where my professors didn’t care if I could sew a button or if there were dustballs in my dorm room. All they wanted to know was what I thought about Shakespeare’s comedies, or Cervantes or The Faerie Queene. As we wrote weekly papers, it took me some time to shake off my high school tendencies to organize and regurgitate. My first assignments came back with comments that amounted to “This is all fine, but what do you think?” I was slowly trained to think and to say what I thought. It didn’t happen overnight. I am aware that gains in women’s rights meander like the dance la Macarena and that we often go one step forward and two steps back.

What I question is a genre that is so clearly gendered, with connotations that are so outdated.

At the same time, having a home is important to me, and I like to cook. Having lived in New York in the 90s, I can identify with Nora Ephron’s description of the master chef obsession that dominated our kitchens for years:

…we all began to cook in a wildly neurotic and competitive way. We were looking for applause, we were constantly performing, we were desperate to be all things to all people. Was this the grand climax of the post-World War II domestic counterrevolution of the beginning of a pathological strain of feminist overreaching? No one knew. We were too busy slicing and dicing. I got married and entered into a series of absolutely insane culinary episodes. I made the Brazilian national dish. I wrapped things in phyllo. I stuffed grape leaves. There were soufflés.

Boy, were there soufflés. I fell for that one. I even made the whole Christmas cover spread of a Gourmet magazine.

I have never, though, seen myself as a domestic angel or a goddess á la Nigella Lawson. Perhaps this is why I was so confounded when I recently saw that my first novel, Madrid Again (Arcade), has been classified by World Cat (the biggest library search engine on the planet) as “Domestic Fiction.” It’s not just a tag; this is my genre, my category (per World Cat).

The phrase “domestic fiction,” to me, brings to mind oval-shaped rag rugs catching embers and a cast iron skillet full of hash-browns and women in calico dresses setting the table. Basically, it is Little House on the Prairie. Why would my novel, about an itinerant bilingual mother and daughter who do not have a permanent home and zigzag across the Atlantic at a frenetic pace, the long and complicated legacy of the Spanish Civil War overshadowing their every move, be in such a category?

If we need genres at all, perhaps we can think of some new ones.

A bit of research shows my instincts about the label aren’t far off. Going back to the 19th century, I learn that “domestic fiction” is often synonymous with “women’s fiction” and “sentimental fiction.” There are a range of authors, from Harriet Beecher Stowe to Jane Austen, and conventional themes, including struggles with class, religion, and marriage. It is a fascinating genre, and some would argue it had a major role in bringing womens’ lives into literary and social discourse.

Two centuries later, I ask, what I am doing in this category?

One hears quite a bit about how the literary market is a woman’s market and that females are the biggest audience. I had fallen for this narrative hook, line and sinker. Now I wonder who my readers will be and worry that if they shop by genre, they will be sorely disappointed by my book.

If we need genres at all, perhaps we can think of some new ones. Bilingual fiction. Third-culture kids. International fiction. Lockdown fiction. What I question is a genre that is so clearly gendered, with connotations that are so outdated.

From what I see on Instagram, men are doing some of the finest baking around these days. A young fellow I met recently told me that Marie Kondo had changed his life, not to mention his sock drawer. I heard the voice of a domestic angel in the making.  Some of these guys may enjoy reading my novel. Until I find out, I will be re-reading The Bell Jar (World Cat genre: autobiographical fiction).

Right now, though, I need to go check on my carrot cake. 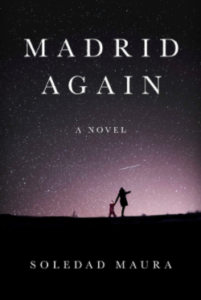 Soledad Fox Maura is a professor of Spanish and Comparative Literature at Williams College. She is the author of Exile, Writer, Soldier, Spy: The Life of Jorge Semprún, listed as one of the top “literary lives” by the Wall Street Journal in 2019. Her first novel, Madrid Again will be published by Arcade Books. She is on Goodreads and Instagram as Soledad Maura. 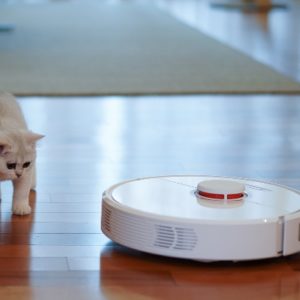 The field of Artificial Intelligence (AI) is concerned with building machines that have the same capabilities that human...
© LitHub
Back to top
Loading Comments...