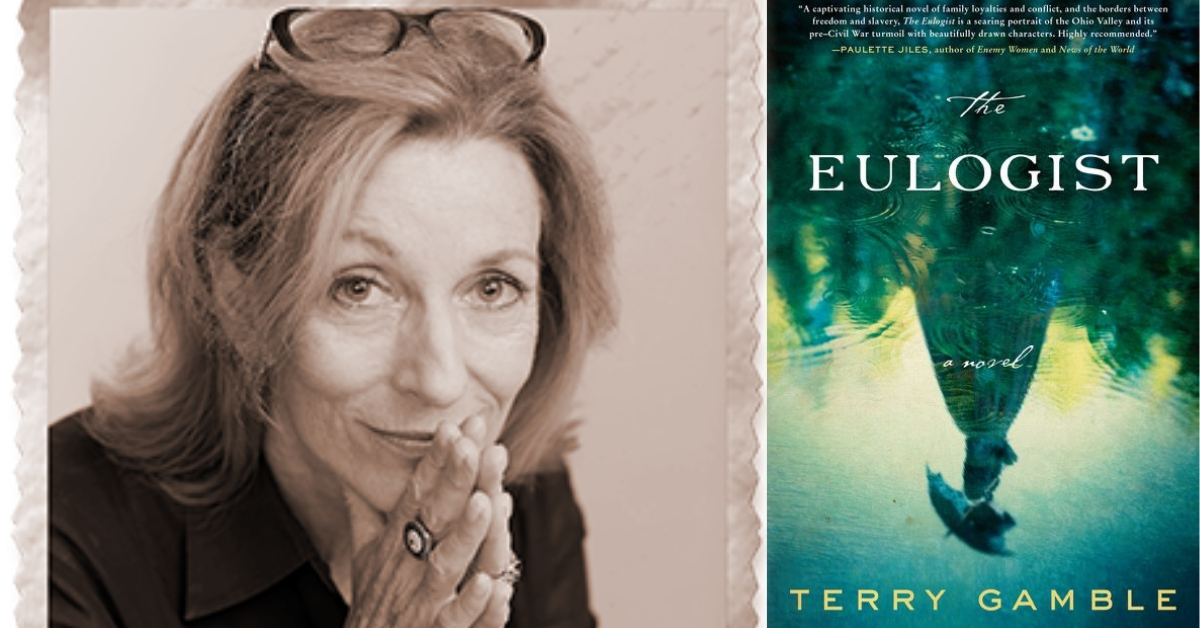 Terry Gamble in Conversation with C.P. Lesley on the New Books Network

When Olivia Givens and her family leave Ireland in 1819, they have no idea that they are distant victims of a volcanic eruption in Indonesia four years before. They know only that the crops are failing and the aftermath of the Napoleonic Wars have led to the loss of their family property. Fifteen-year-old Olivia has a special reason to want to stay: her first crush on a local boy. But no one listens to a young girl in love, and soon Olivia is standing on the shores of the Ohio River with the rest of her Ulster Protestant family. The city of Cincinnati has just come into being, and that, combined with the illness of Erasmus, the family’s youngest child, convince the Givens to end their journey west in Ohio.Before long, Olivia’s mother has died in childbirth and her father has abandoned his three surviving children to head south on a paddle boat. James, the eldest son, takes responsibility for his brother and sister. But it’s not the easiest job in the world: Olivia has too much independence of thought to fit neatly into the Victorian vision of “the angel in the house,” and Erasmus cares more for drinking, womanizing, and hanging around with revivalist preachers—even preaching himself—than he does about working in James’s growing candle factory.

Meanwhile, right across the river lies the slave state of Kentucky. As the years go by, the Givens family becomes ever more entangled in helping fugitives cross the water to freedom, whatever the cost to themselves, their lives, and even those they strive to protect.

The Eulogist opens a window onto a time when the frontier began at the Mississippi and North and South, although divided by no more than a waterway, occupied different mental and social universes. Terry Gamble’s ability to reveal the many sides of complex conflicts and gift for making even difficult characters appealingly human should not be missed.

C.P. Lesley: When we think of immigrants from Ireland in the 19th century we tend to think of Catholics fleeing the potato famine, but that’s not the given story. Tell us who they are in terms of their social background and what causes them to leave their homeland.

Terry Gamble: I think people always assume—they say, oh yeah, my family come from Ireland too, and it’s most often they’re talking about their Irish Catholic family and that first wave of Irish Catholics who did come a little later from the potato famine. Olivia, the narrator of this book, says early on, we were ulster plantation Irish, which is to say that they were Scots. The ulster plantation Irish under King James had come from Ireland, or even from England, and they were colonists of Ireland. We hear about the troubles in Ireland—that would’ve been my ancestors—they were Protestant Irish. So they left earlier than the Catholics because they had the means to. And it was at the same time under King James in the 1600s that they had come to Ireland; that’s when we also see colonization in North America, in Jamestown, etc.

So 200 years later this family comes to America and they come not because of the potato famine, but because of a related famine. A volcanic eruption had caused the sun to be blocked from the sky for several summers in a row, basically, so they were climate refugees. The sky was dark and crops failed and people in Europe were on the move, and then it was also the end of the Napoleonic Wars. A lot of that war was fought by sea and there were embargoes. So the family had prospered, probably, during the war, but after the war the embargoes were lifted and prices fell, and so if you weren’t the first son in a family, you didn’t have as much opportunity. So this is the voyage of a second son who brings his family to America.

“Her voice felt the most true to me, so I had to let go of those other voices.”

CPL: As I mentioned just now, Olivia is the heart of The Eulogist. Tell us about her as a person and how she became your main character.

TG: Olivia is the only daughter, the middle child and the sister of James and Erasmus. When I first started writing this book, she was one of about three voices that emerged, and I was telling the book from different points of view. The more I wrote about Olivia, and the more encouragement I got from my editor to confine the point of view to hers, it became clear that her perceptions really were unique, and gave a unique slant on the world around her. Here she is, a woman at a time when there was something called the cult of true womanhood, which dominated, along with pious religion, and she found herself neither particularly feminine nor pious.

So it’s her take on things that I found so interesting, because she’s constrained and it was somewhat difficult, as a writer, to deal with her constraints because it was difficult to inject her into certain scenes, but it also gave those scenes a bit more clarity. I would say that her voice felt the most true to me, so I had to let go of those other voices, and find a way to get those plot points into the story as told by Olivia.

“On the night that she gives birth, Silas can’t make it because there is a race riot that night.”

CPL: It’s through Erasmus and his wife that Olivia meets Silas Orpheus, and Silas is kind of a crucial link between the part of the story that’s about early 19th century Cincinnati and the issues of women, and the other major theme of the book, which is the situation on the other side of the Ohio River, where slavery is still legal. And this is 1819, 1820, 1830, so it’s not going to become illegal anytime soon. So tell us about how Olivia meets Silas and what their relationship comes to mean for her.

TG: Silas’ full name is Silas Orpheus. That name just came to me right as I started writing about this family from Kentucky. It’s not a name that I was familiar with, but of course, we think about Orpheus going into the underworld. He is a medical doctor, and he does his research through autopsying bodies, which is illegal. The way Olivia meets him is because Julia, who marries Erasmus, is giving birth, and on the night that she gives birth, Silas can’t make it because there is a race riot that night—and in real life there was a race riot in the summer of 1829. Cincinnati broke out in violence between mostly the Germans and the free Blacks.

So he’s tending to the injured, cannot attend the delivery, and he sends his girl, who’s sort of a midwife, though not a trained midwife. She is African-American, and Olivia finds out later that she’s in fact a slave belonging to Silas’ brother who lives in Kentucky, and that she’s on loan to Silas as an assistant. So this is Olivia’s first meeting with Tilly, this one character, and then she meets the doctor the next morning when he comes to their house. He already has an impression of Olivia from an earlier event where she stood in support of a controversial point of view at a lecture, and he observed her, but she had not met him. And he’s intrigued with her mind, and he eventually asks her if she would be interested in accompanying him to an autopsy. And of course, because she is so curious about the world, she seizes the opportunity, and that starts their relationship.

“These regions influenced each other so profoundly.”

TG: I visited Cincinnati—I do have some ties there. My father grew up there, my family did settle there, so that part about the immigration is based on my family’s immigration. I also have a good friend I grew up with who married a man from Kentucky and had a farm in Kentucky. I visited her many times over the years and I find it so fascinating to see these areas that are so close together. It’s an hour’s drive—it would’ve been much longer by carriage or by boat—but these regions influenced each other so profoundly. They were interconnected in business and social interchange, and yet so different by virtue of being one a slave state and one a free state. 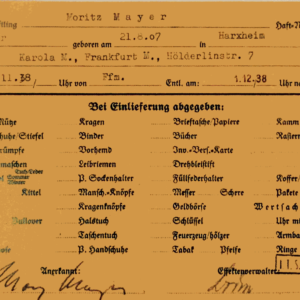 Eighty years ago last November, on Kristallnacht, my grandfather was taken from his home in Frankfurt and interned at Buchenwald....
© LitHub
Back to top