What Trying to Finish a Crime Novel Taught Me About Writing

Jennifer Kitses on Some Hard-Won Lessons from Genre

I once tried to write a crime novel—a gritty noir that I hoped would be fast, pulpy, and fun. But I had trouble making all the pieces come together, and each revision seemed to add complications without solving any of the story’s problems. After five years and too many drafts to remember, I finally realized that it just wasn’t working.

Giving up wasn’t easy, but when I moved on to something new, I found that I was able to draw on my love of crime novels. Techniques and situations often thought of as specific to the genre—high-stakes encounters, a mystery to solve, a protagonist in danger—are, I’d learned, key elements of good storytelling, and adaptable even to novels that seem to fall outside the world of crime. In many cases, domestic novels and crime fiction are separated by little more than a body count—and even then, the line sometimes blurs. Here are some of the lessons I learned from reading crime novels, and from my attempts to write one:

Don’t Be Afraid of Adding Tension
All novels need at least some tension, but crime novels thrive on it. Increasing the tension is one of the most effective ways to keep a reader engaged in your story and turning the pages; no matter how bad things are going for your characters, the problems they face can always get a lot worse. I love the way crime novels weave together major and seemingly minor stresses to create scenes of almost unbearable tension, leading to an explosive situation or the moment when a character makes their next terrible decision.

When I first started working on my crime novel, I thought these scenes were set in motion by an ingenious plot twist or, at the very least, an act of violence. As I studied them, however, I realized the catalyst was often a character’s emotions, usually related to the types of concerns we all have—about money, work, and relationships. A character might face multiple threats—he’s being pursued by the Feds, and also by his partners in crime, and maybe his very survival depends on completing a job that is already hopelessly botched—but what sends him over the edge is worrying about his kids. In a domestic novel, the nature of the stakes and the source of danger might not involve a crime (though they surely can), but from the characters’ points of view, the stresses they face at their jobs and in their homes feel no less urgent.

Give the Reader a Chance to Breathe
Even in crime novels, there’s a point at which tension can become too high, and readers will start flipping ahead just to see how the scene ends. In a sense, they’ve stopped reading, or at least broken the spell of the story. The best crime writers give the reader a break between scenes of high tension, and sometimes a beat or two right in the middle of those scenes. Often this is through the use of dark humor (or any kind of humor), or by giving the protagonist a chance to reflect. These pauses are important for the overall pacing of the novel: there’s a difference between a book that you can’t put down and one that triggers an anxiety attack.

Chapter Endings Shouldn’t Feel Like Endings
Picking up a crime novel is a great way to study chapter endings. Raymond Chandler is justifiably famous for the pithy lines that close his chapters, delivering a final, unexpected punch to a scene. But these endings always serve a greater purpose: making sure the reader starts the next chapter, right away. Chapter endings pose an inherit risk: it’s an easy place for a reader to put the book down and never pick it up again. That doesn’t mean chapters need to end with a one-liner or a cliffhanger, but it helps to think of endings as beginnings, guiding the reader as seamlessly as possible to the next chapter.

The Reader Needs to Know Who to Root For
This was a lesson I learned the hard way. In my desperate attempts to rescue my crime novel, I would sometimes add a new protagonist or two—or even an entirely new set of characters—certain that they would somehow save everything. Before long, I’d accumulated at least a dozen primary and secondary characters, and each had a point of view. It wasn’t until a mystery writer reviewed my manuscript, and showed me what I’d done, that I understood this was a problem and came to understand why.

In crime novels, threats sometimes seem to come from everywhere at once—and at various points throughout the story, many characters might find themselves in mortal danger. Yet the reader needs to feel a strong and intuitive connection with at least one of these characters, and to know which character this is. The connection needs to be strong enough that the reader feels personally involved; in a mystery novel, the reader—just like the protagonist—is trying to solve the crime. But this reader-character bond is essential to any novel. When there isn’t that feeling of attachment, there’s a good chance the reader won’t care about the story.

Love Your Secondary Characters
Crime novels tend to have vivid secondary characters, possibly because these characters sometimes play a role at critical and dramatic moments; the reader needs to remember a character who appears only a few times, if that character is the key that later unlocks the mystery. Making sure that your minor characters don’t take too much of the spotlight doesn’t mean they should feel two-dimensional or, worse, that they were inserted into the story simply to perform a function.

Secondary characters are fun—they can do or say the things that, for whatever reason, your protagonists can’t. (They always seem to get the best lines.) But there’s another reason to invest time in these characters: they carry more than their share of the weight in creating the world of your novel. You can turn to them when you need to pick up the pace, change the mood, introduce a new complication, or show an unexpected side of your protagonist. Not every secondary character requires significant description or a backstory, but they should always feel real.

Relying Too Much on Research Can Make Writing a Lot Harder
Writing a crime novel presents an opportunity (or an obligation, depending on how you look at it) to delve into research. And research can be very tempting: it feels like you’re working on your novel—and you are—but you don’t have to do any of the writing. Not yet, at least. It might seem like more fun to hang out with detectives, as many crime novelists do, than to struggle with your first draft.

That’s why a lot of crime novelists warn against lingering too long in the research phase. I think there’s another risk: when a writer relies too much on research, there’s sometimes an overabundance of facts, or a lack of detail and nuance. And then the world of the novel falls apart, because the reader can sense how it was made. Many writers are masters at incorporating just the right amount of research into their stories, but if you find yourself coming up with elaborate ways to weave in your discoveries, you might have already included enough. And though you need to feel confident about the world you’re creating, you don’t need to weigh yourself down with technicalities—if you run into a blind spot while writing, you can always fact-check the details later. And then, as quickly as possible, get back to the writing.

If You Write Yourself Into a Corner, Remove That Corner
A few years ago, I attended a Crime Fiction Academy event at the Center for Fiction that featured Lisa Unger. During the Q&A, she talked about a question she often gets from readers: Do you ever write yourself into a corner? Her answer: No, because she removes the corner. This particular lesson might seem too good (or too simple) to be true, but it’s one of the best writing rules I ever learned. Maybe you came up with what seemed like a perfect scene for your novel, with a daunting challenge that your protagonist must face. But if this challenge has brought the story to a halt—if it is impeding you, more than your characters—you can remove it. Everything in your novel should help it in some way, and you can remove anything that stops the story from moving forward. It’s your novel, and you’re in control of that world.

Jennifer Kitses is the author of Small Hours, available now from Grand Central Publishing. She received an MLitt in creative writing from the University of St. Andrews in Scotland, and has worked for Bloomberg News, Condé Nast Portfolio, and Columbia Business School. Her fiction has appeared in Akashic Books’ online series, Mondays Are Murder. She lives with her family in New York.

Wallace Shawn on the Downsides of Civilization 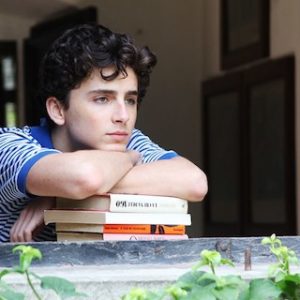 This week in literary film and television news, there was a lot of casting going on. There were also quite a number of new and exciting...
© LitHub
Back to top