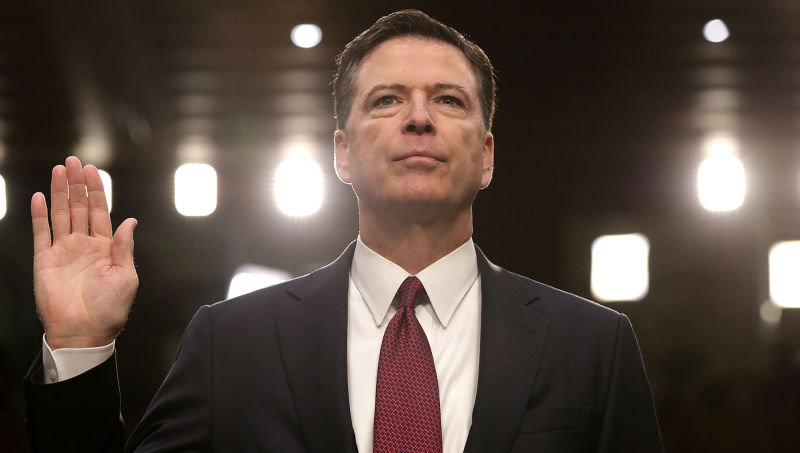 What the Critics Are Saying About the New James Comey Book

These Are the Toxic Consequences of Lying

Just when you thought it was safe to go back in the water, this week saw the release of another headline-grabbing, presidential tweet-provoking, insider account of the internal chaos of the Trump White House: former FBI Director James Comey’s much-anticipated memoir, A Higher Loyalty. Unlike Michael Wolff, Comey (otherwise known as the Stephen Glass of college hoops) is more Boy Scout than paparazzo, and his prose style—heavy on political ethics maxims and Reinhold Niebuhr quotes—could be described as that of a sort of bureaucrat philosopher. But don’t take our word for it. Listen to the book critics, who have weighed in on A Higher Loyalty with a mixture of criticism and qualified praise. You can check out all of the reviews over on Book Marks, but below is a selection of our favorites: 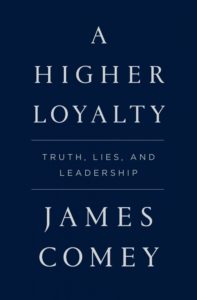 “The central themes that Comey returns to throughout this impassioned book are the toxic consequences of lying; and the corrosive effects of choosing loyalty to an individual over truth and the rule of law … Comey’s book fleshes out the testimony he gave before the Senate Intelligence Committee in June 2017 with considerable emotional detail, and it showcases its author’s gift for narrative … The volume offers little in the way of hard news revelations about investigations by the F.B.I. or the special counsel Robert S. Mueller III…What A Higher Loyalty does give readers are some near-cinematic accounts of what Comey was thinking.”

While over at Rolling Stone, Garrett M. Graff describes the book as interesting but lacking in self-reflection:

“Most Americans will never go beyond the juicy bits trumpeted by the wall-to-wall Comey coverage this week— but they should. James Comey’s book is more interesting and more important than the gossipy headlines make it out to be, albeit not necessarily for the reasons the author may have wanted … Higher Loyalty is really three different books in one. It’s a meditation on ethical leadership (a conceit that disappears for scores of pages at a time), a traditional memoir of a senior public servant and an exposition of Trump’s presidency … It’s an obviously hurried project and one that perhaps would have benefited from more distance for self-reflection … I believe, too, that Comey believes he consistently did the right thing for the right reasons throughout 2016. That said, he doesn’t do a good job of convincing readers why he did what he did – those seeking insights into his decisions over the course of 2016 will likely find themselves disappointed by his accounting and reckoning with those actions in this book.”

Alex Shephard of the New Republic wonders if the memoir’s lack of new information will cause few minds to be changed:

“Without a doubt, A Higher Loyalty gives greater credibility to the idea that Trump obstructed justice when he fired Comey, bolstering one of the possible planks in special counsel Robert Mueller’s investigation into Russia’s role in the 2016 election. But Comey’s own credibility has undergone some damage in the process, and it’s unclear whether the book and its accompanying media blitz have moved the needle of public opinion in his favor … Perhaps the most unsatisfactory aspect of Comey’s book, from the perspective of the left, is his explanation for this poor, ill-timed [Clinton emails] decision; but it’s telling that Republicans are so interested in one form of election meddling but not another … But with no new information, Comey’s book may end up entrenching the two narratives surrounding his firing into a familiar pattern of gridlock.”

Entertainment Weekly‘s David Canfield considers Comey’s portrayal of himself as Trump’s polar opposite:

“He demonstrates wit and humility in his anecdotes; later, he conveys urgency in his ruminations on this moment in time, and he’s not afraid to express reluctance and uncertainty … This is not the dry law enforcement memoir that such a linear structure would typically beget. Instead, it’s cunningly calculated. Both explicitly and subtly, Comey draws himself as Trump’s polar opposite … He pores over each of his most controversial decisions but comes to conclusions certain to satisfy no one but the most willingly forgiving … His earnest manifesto on leadership informs a climactic righteous screed; he states his fear of being an egomaniac, only to awkwardly wield that insecurity as a weapon against the biggest egomaniac around … Comey’s scathing arguments against Trump could hardly be more compelling, and Loyalty is infinitely more credible than Michael Wolff’s gossipy best-seller. But the point remains: Not even a fundamentally decent, morally upright former FBI Director could resist the appeal of a little Trump gaslighting.”

Finally, Ron Elving at NPR calls A Higher Loyalty “the most consequential book yet in the literature of the Trump presidency”:

“…by far the most consequential book yet in the literature of the Trump presidency … He maintains an air of rather self-conscious rectitude throughout, while finding much to disapprove of in the world around him … In a remarkable look back, Comey says he was deciding ‘in an environment where Hillary Clinton was sure to be the next president.’ So any thought of concealment on his part ‘bore greater weight than it would have if the election had appeared closer or if Donald Trump were ahead in all the polls’ … It is far from clear what effect Comey’s book will have on public attitudes toward Mueller’s work. It may be equally hard to assess what impact it will have on attitudes toward Comey or Trump. But it is not likely to convert the committed partisans on either side, or in either party. Instead, it may well cause further entrenchment, with both sides burrowing deeper into their respective certainties.”

Undercover at the Miss Ex-Yugoslavia Pageant 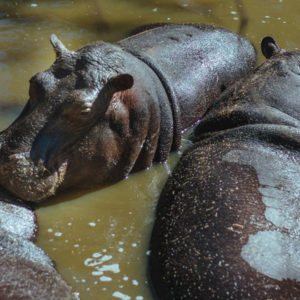 Nestled almost 5,000 feet up in the Andes, Colombia’s second city Medellin is surprisingly cool and damp for a spot so close...
© LitHub
Back to top
Loading Comments...