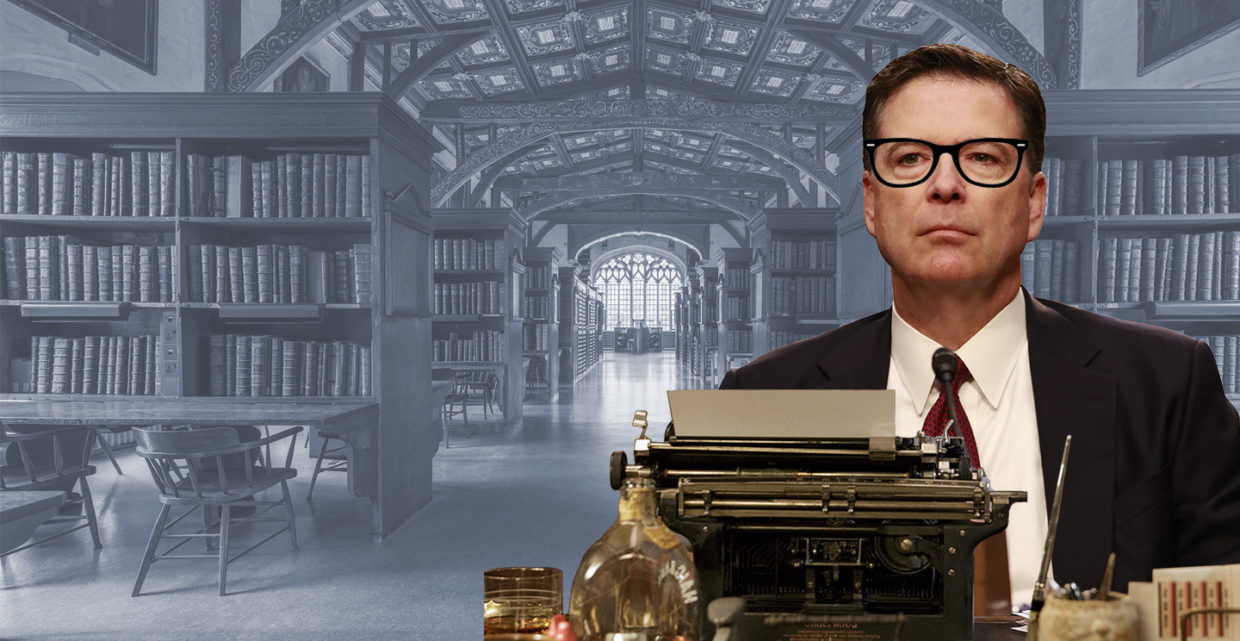 Can James Comey Write? 13 Passages From His New Trump Book

This week, James Comey’s much-anticipated White House tell-all A Higher Loyalty hits shelves and doorsteps everywhere, and whatever you think of Comey and his inspirational quote-sharing, neoliberal, law-and-order fetishizing ways, this is news. As far as I can tell, unless you’ve been blissfully living on an island somewhere for the last year, there’s not much in the book that’s actually surprising—except for the fact that, as it turns out, James Comey is actually a pretty good writer. Michiko Kakutani herself cited his “gift for narrative,” described his accounts as “near-cinematic,” and even invoked Saul Bellow to deem him a “first-class noticer.” So does he have a second career as a literary luminary, after successfully delivering the White House into the hands of a loathsome imbecile? Well, probably not. (Why would he want one? He’s already set for life on the lecture circuit—welcome to America.) And while he’s certainly no Nabokov, he sure can paint a picture. A few of his best lines, as gleaned from the excerpts swirling around various outlets, are below.

On the president’s character:

“This president is unethical, and untethered to truth and institutional values. His leadership is transactional, ego driven and about personal loyalty.” (The New York Times)

On a mob-like 2017 meeting with Trump and Reince Priebus:

“The silent circle of assent. The boss in complete control. The loyalty oaths. The us-versus-them worldview. The lying about all things, large and small, in service to some code of loyalty that put the organization above morality and above the truth.” (The New York Times)

On our political environment:

“We are experiencing a dangerous time in our country, with a political environment where basic facts are disputed, fundamental truth is questioned, lying is normalized and unethical behavior is ignored, excused or rewarded.” (The New York Times)

[Trump created] “a cocoon of alternative reality that he was busily wrapping around all of us.” (The Washington Post)

“What is happening now is not normal. It is not fake news. It is not okay.” (The Washington Post)

“His face appeared slightly orange, with bright white half-moons under his eyes where I assumed he placed small tanning goggles, and impressively coifed, bright blond hair, which upon close inspection looked to be all his. As he extended his hand, I made a mental note to check its size. It was smaller than mine, but did not seem unusually so.” (The Washington Post)

[It is a sign of] “deep insecurity, his inability to be vulnerable or to risk himself by appreciating the humor of others, which, on reflection, is really very sad in a leader, and a little scary in a president.” (The New York Times)

On his response to Trump’s demand for loyalty:

“I was determined not to give the president any hint of assent to this demand, so I gave silence instead. I stared at the soft white pouches under his expressionless blue eyes. I remember thinking in that moment that the president doesn’t understand the FBI’s role in American life.” (The Washington Post)

“[Bullies] threaten the weak to feed some insecurity that rages inside them. . . . Surviving a bully requires constant learning and adaptation. Which is why bullies are so powerful, because it’s so much easier to be a follower, to go with the crowd, to just blend in.” (The Washington Post)

“[Liars] lose the ability to distinguish between what’s true and what’s not. They surround themselves with other liars. . . . Perks and access are given to those willing to lie and tolerate lies. This creates a culture, which becomes an entire way of life.” (The Washington Post)

On Trump in the Oval Office:

“Though this was not the first time I’d seen the new president, it was the first time I had seen him in his new office. He didn’t look comfortable. He was sitting, suit jacket on, close against the famous Reso­lute desk . . . As a result, he was separated from everyone who spoke to him by a large block of wood. In dozens of meetings in that space with Presidents Bush and Obama, I cannot recall ever seeing them stationed at their desk. They instead sat in an armchair by the fireplace and held meetings in a more open, casual arrangement. That made sense to me. As hard as it is to get people to relax and open up with a president, the chances are much better in the sitting area, where we can pretend we are friends gathered around a coffee table. There, the president can try to be one of a group, and draw the others out to tell him the truth. But when the president sits on a throne, protected by a large wooden obstacle, as Trump routinely did in my interactions with him, the formality of the Oval Office is magnified and the chances of getting the full truth plummet.” (Axios)

“It is also wrong to stand idly by, or worse, to stay silent when you know better, while a president brazenly seeks to undermine public confidence in law enforcement institutions that were established to keep our leaders in check.” (The Washington Post)

On the pee tape:

“Lordy, I hope there are tapes.” (The New York Times)

Why I Don't Write About the Women in My Family 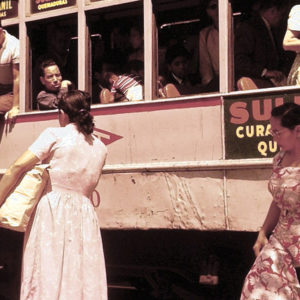 Why I Don't Write About the Women in My Family

It is a fact universally known that in Lima, if you are a lady of beauty, you are likely to be a whore. I learned this when...
© LitHub
Back to top