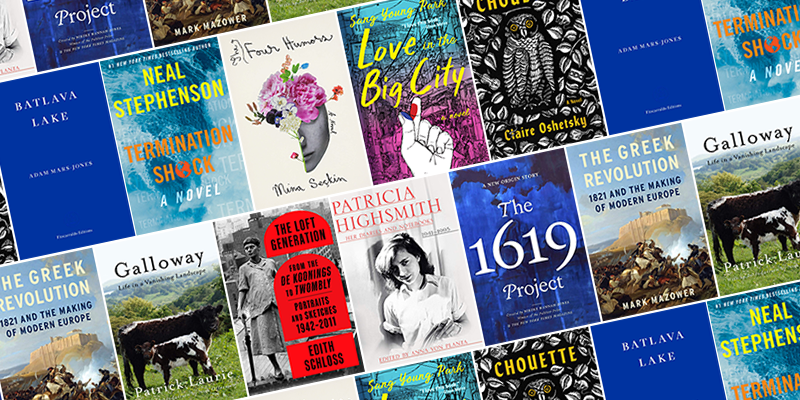 “… a deliciously bittersweet meditation on the elastic, shifting narratives we weave from the fragile threads of our daily existence, the people around us, and the places we call home … What holds these unraveling characters together is Seçkin’s precise, direct prose, which balances the grotesque with the beautiful, the funny with the genuinely moving. With lyricism and blunt, humorous honesty, Seçkin pokes and prods at the complexities of family history and personal identity from different angles. She is especially acute in describing the discomfort of existing in bodies that not only think but consume and excrete and hold weight … the reader is constantly reminded that life is a physical as well as spiritual phenomenon, and that, for all their loneliness, our individual lives are part of a bigger story.”

“… searing and ethereal … The fable’s metaphors leap organically from the page, contouring the dichotomy as capably as do Neel’s oils: a newborn’s vulnerability and destructive power; the mother’s isolation; her tender, feral nature … While ambiguity in fables allows for interpretation, a vague idea of disability in a metaphorical construction runs the risk of reducing severe disability to animalistic comparison. Chouetteseems to answer this by focusing squarely on Tiny’s fierce love as she battles her husband and nature to allow Chouette to be wild and exact, stakes that feel frightening and true to life … In fiction, supernatural premises are notoriously hard to land, but Chouette’s final moments are among its loveliest. Human and owl meet in equal measure on the page in a crescendo of stunning lines. Just as Tiny longs for the world to meet her daughter where she is instead of forcing her into societal norms, Chouette is best met where it resides: as a harrowing and magnificent fable.”

“… intoxicating … Watching Young drift in and out of such love, always finding something valuable, even life-altering, to hold onto, is one of the book’s most notable pleasures … In Park’s hands, Young is loud and obnoxious, insufferable and magnetic, messy and wise. The prose, translated by Anton Hur, reads like an iPhone screen, vibrant and addictive. What a joy it is to see such a profound exploration of contemporary queer life — its traumas and its ecstasies throbbing in harmony. It’s a shimmering addition to the recent genre of novels chronicling queer millennial malaise … dazzling.”

“Within his limitations—and it is his limitations Adam Mars-Jones really wants to explore—Barry is a clever, funny and anecdotal narrator, and on one level this book is a cracking read. It is also written with a sharp social observation that could easily have made it an exercise in applied snobbery, but Barry is not just the butt of Mars-Jones’s condescension. The overall stance is more like compassion, which makes Batlava Lake a more complex and ultimately rather beautiful book.” 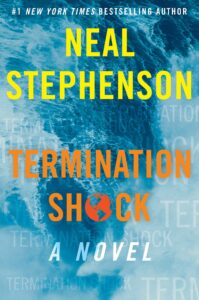 “Stephenson’s latest novel clocks in at more than 700 pages, and as usual they practically turn themselves as the multiple storylines twist together. This book is the rare climate thriller that’s realistic about political stonewalling in the face of disaster yet unafraid to imagine a possible future where people might actually come together and try to save civilization … The kind of climate-change fiction we all need.”

1. The Greek Revolution: 1821 and the Making of Modern Europe by Mark Mazower
(Penguin Press)

“Mark Mazower has turned the tables and shown, with consummate skill and attention to all the available Greek and international sources, that the Greek Revolution was indeed foundational for the ‘making of modern Europe’ … Mazower tells the story as it always needed to be told … Mazower can add the hindsight of two whole centuries, along with much documentary evidence that has come to light during the intervening years, to supplement the often oral testimonies that Finlay was able to draw on. This is the material that Mazower has combed and sifted, to bring vividly to life a kaleidoscope of harrowing, touching, telling detail, much of it never accessible in English before … But the path from warlord to revolutionary was a long one, and Mazower unflinchingly charts the many deviations that can make the story of the Greek Revolution, in its fine-grained detail, such depressing reading … the best and fullest explanation, to date, for a series of events whose effects would change the entire geopolitics of Europe. Written with compassion and understanding for the human cost of that achievement, it deserves to remain the standard treatment of the subject in English for many decades to come.”

“The whole book is excellent. Highsmith is pointed and dry about herself and everything else. But the early chapters are special. They comprise one of the most observant and ecstatic accounts I’ve read—and it’s a crowded field!—about being young and alive in New York City … In these diaries she can appear to have popped, fully formed, from a Charles Addams cartoon. Misanthropes will find a lot to please them … condensed from some 8,000 pages of material. It is still, at nearly 1,000 pages, a whacking book. But it’s not logy. It’s been sharply edited by Anna von Planta, Highsmith’s longtime editor. The introductory material for each section is useful and concise. There’s no desire to hit ‘skip intro.’”

3. The 1619 Project: A New Origin Story by Nikole Hannah-Jones
(One World)

“For any lover of American history or letters, The 1619 Project: A New Origin Story is a visionary work that casts a sweeping, introspective gaze over what many have aptly termed the country’s original sin: the moment in 1619, one year before the Mayflower arrived, when a ship docked at the colony of Virginia to deliver 20 to 30 enslaved people from Africa. While many books have addressed enslavement and its repercussions, few, if any, have done so in such an imaginative, all-encompassing way, incorporating history, journalism, fiction, poetry and photography to show the cataclysmic repercussions of that pivotal moment … A superb expansion … The sheer breadth of this book is refreshing and illuminating, challenging each and every reader to confront America’s past, present and future.”

4. Galloway: Life in a Vanishing Landscape by Patrick Laurie
(Counterpoint)

“This is a book about a place you will probably have never visited and never will: but you should read it nonetheless because what it says has a wider importance, about some of what we have got wrong in the way we respect nature and farming and what we might get right if we change our ways … At a time of lockdown it is also that most valuable of things, an escape to an open land where curlew still cry and the wind and rain cut in from the sea and city life feels a million miles away … Laurie has the deep love of a place that’s at the heart of explaining it to others. There’s a certain sort of landscape writing that delights in antique mysticism: as if remoteness and spirituality are the same thing. This book is far better than that. It confronts the loss of open hills to sterile conifer plantations, which make nobody local rich but have obliterated a way of life and the nesting grounds of curlew, a bird which merits the obsession Laurie has for it.”

5. The Loft Generation: From the de Koonings to Twombly: Portraits and Sketches, 1942-2011 by Edith Schloss
(FSG)

“Schloss (1919–2011) brilliantly conveys her experiences as a participant in, and a keen observer of, New York’s ‘loft generation’ … This posthumous book, thoughtfully edited by Venturini, combines Schloss’s personal memoir with her art criticism to provide a riveting firsthand account of the daily lives, complex social interactions, and marital spats of artists whom she encountered living in New York and Italy. In addition to her eye for detail and ear for dialogue, Schloss brings a feminist perspective to her recollections; readers learn as much about Elaine de Kooning as they do her more famous husband, Bill, and many lesser-known female artists are treated with the same respect. Rich in granular detail and rendered in eloquent and captivating prose, this is an intimate look at a pivotal era in its formative stages and offers an invaluable source for the study of one of the great art movements.” 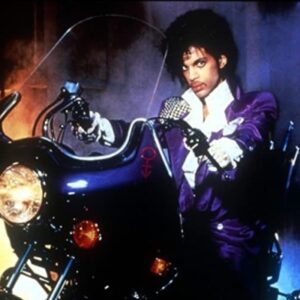 Need a crash course in Midwest life for an upcoming trip to Dubuque, or perhaps you’re a native feeling a little homesick?...
© LitHub
Back to top
Loading Comments...