Two Poets on the Mystery and Concreteness of the Prosaic

By Paul Hetherington and Cassandra Atherton

We live in a prosaic age. Most of what we read in books, on the web, in emails, in text messages, on social media, and in the mass media is written in prose. The novel remains the most popular and salable literary form, and popular and genre prose fiction is published and sold in vast numbers across the world.

And yet, readers continue to engage with poetry, especially when they want to express deep feelings or emotions connected to what they consider sacred. We all go to weddings and funerals where well-known poems, many of them written in verse, have a significant place in ceremonies, in much the same way that greeting cards use verse to mark an occasion or celebration.

However, the lineated lyric poem—usually a heightened form of writing—is now being written and read in different ways than it once was, and it does not serve all contemporary poetic needs. Jonathan Culler suggests that the reason for this is “the centrality of the novel to theoretical discourse as well as to literary experience and literary education.”

People are schooled in, and increasingly tend to understand literature in terms of, the conventions of prose. This means that the traditional lyric poem’s formalities may seem forced, puzzling, or out of place to many readers—and to some writers too. Even at weddings and funerals, their forms of utterance may seem to belong to another world, and to earlier conventions.

Prose poetry has the potential to cross the divide between the urge toward poetry—its capacity to articulate what is otherwise unsayable—and the more discursive and narrative-driven prose of novels, biographies, and the like. Prose poetry understands prose’s conventions and its constituent parts—its sentences and paragraphs—while also being conspicuously a form of poetry, and sometimes even lyrical in its inflections.

Prose poetry shares with traditional lyric poetry a resistance to conclusive theorization—that is, both forms engage with the mysterious and the ineffable—and, as mentioned above, it presents further challenges because it is poetry written in a mode more often associated with the fiction and nonfiction genres. Indeed, some theories about the lineated lyric poem may be applied directly to discussions of prose poetry, helping to confirm that the prose poem is a form of poetry.

One example is Mutlu Konuk Blasing’s statement: “Poetry is a cultural institution dedicated to remembering and displaying the emotionally and historically charged materiality of language,” an assertion that both prose poems and lineated lyric poems are able to demonstrate.

Prose poems are not simply lineated lyric poems in another guise.

Despite some broad similarities of this kind, lyric poetry and prose poetry do not operate in the same way, and scholars have been quick to discuss this. Mark Irwin highlights one of the points of divergence between the two kinds of writing when he argues that while prose poetry does not necessarily “tolerate distortion and disjunction more readily than the lyric poem,” nevertheless “the prose poem does allow it to occur less dramatically. Its pedestrian, unadorned nature seems more open to sudden changes that might appear histrionic or cloying in verse.”Molly Peacock contends that “[p]oetry seeks to name; [conventional] prose seeks to explain.”

If “the prose poem reflects the crisis of lyric poetry in a prosaic age, where traditional notions of the lyric have become increasingly problematic,”then prose poetry is not only a development of the way writers express the poetic impulse but is perhaps an index of how traditional lineated lyric poetry is increasingly being replaced—and, in the process, transformed—by prosaic modes.

Adrian Wanner remarks on how, in the Russian 19th-century writer Ivan Turgenev’s and in Baudelaire’s prose poetry, one can “find individual prose poems . . . that feature a distinct rhythmic structure, an abundance of metaphors, or an emotional lyric content, [and] it is also possible to find other prose poems by the same authors that lack all of those features. Some texts . . . seem to be written in a deliberately plain, ‘prosaic’ fashion.”

Such points demonstrate that prose poems are not simply lineated lyric poems in another guise because, to a significant extent, they represent a transformation and reorientation of traditional lyric forms and conventions. Any suggestion to the contrary downplays the particular qualities that enable prose poems to create significantly different effects and meanings from the contemporary lineated lyric poem.

These differences have to do with the way prose works on the page: its sentence and paragraph structures, its kinds of condensations, its refusal to break its sentences into lines in the manner of lineated poems, and its tendency—as Kathryn Oliver Mills states in discussing Baudelaire’s prose poetry—to restore “the relationship between poetry and the world” and to register “everyday life.”

Furthermore, as Margueritte Murphy notes, prose poetry allows for the heterogeneous and heteroglossic much more than traditional lyric poetry, opening up the space of poetic utterance to greater variety than much of lyric poetry easily allows.

For example, in prose poems we often find the voice of an author mingled with the voices of characters; or other, sometimes intertextual or historical, voices; or contemporary references (bringing with them their own “voices”), in ways that create a sense of an unsettled whole; or a whole composed of disparate, disjunct, and sometimes fragmented parts. Such effects mimic some of the techniques of novels or short fiction but, in doing so, put them under the pressure of the prose poem’s very limited space—and sometimes even force them into a kind of prose-poetical rupture.

For instance, in a work entitled “Oklahoma” (2017), Hala Alyan includes, in a single paragraph, references to her childhood, the contemporary lives of the Cherokee in Oklahoma, and the history of European settlement of Oklahoma, as well as a voice that directly utters a phrase that encapsulates 21st-century racial prejudice: “For a place I hate,” she begins, “I invoke you often. Stockholm’s: I am eight years old and the telephone poles are down, the power plant at the edge of town spitting electricity.”

Such a poem combines and condenses the robust qualities of good prose with the figurative features of much lineated lyric poetry, and is an example of how the best prose poets pay the kind of attention to the resources and features of prose that good lyric poets pay to the resources of their poetic lines. Prose poets are particularly interested in how prose sentences and paragraphs may be poetically suggestive even when they may not have the kind of heightened tonality one would usually associate with the “poetic.”

Indeed, in some cases—and as Wanner has noted—prose poetry does not appear obviously “poetic” at all. That is one of its apparently contradictory or paradoxical features. It is able to find ways of identifying as poetry, even when employing “prosaic” techniques and effects.

Notwithstanding Simic’s uncertainty about how to classify his small prose-poetical works, a writer cannot simply write a block of “poetic” text and then decide that it will work equally well as a lineated free verse poem or as a prose poem.

In successful prose poetry, the mode of prose is not used in the same way one finds in most conventional and discursive novels or nonfiction.

Although the innovations of the French Romantic prose poets transformed French and international poetry, their prose poetry remained a form of poetry despite its construction in sentences and paragraphs. The tendency for this form of poetry to challenge or stretch our assumptions about what the poetic looks like is one of its strengths. Prose poetry implicitly states that the poetic penetrates further than perhaps any of us had previously imagined.

In successful prose poetry, the mode of prose is not used in the same way one finds in most conventional and discursive novels or nonfiction. Prose becomes a revitalized medium that focuses less on a narrative’s progress through chronological time and more on creating what Jonathan Culler has referred to, when discussing the traditional lyric, as the “present time of discourse,” with associated “ritualistic” and “hyperbolic” qualities.

Ali Smith even posits, “[t]he prose poem provides a home to the sentence that refuses to make sense and the paragraph that refuses to progress.”Because of its transformative elements, prose poetry is able to enliven the common prosaic language of our era, reminding us that many and diverse kinds of language use are, at least potentially, “poetic,” and drawing attention to ways in which language itself, and its ways of making meaning, may be understood newly and differently.

Now that meter and rhyme are not so often used in poetry, and now that free verse poetry may be very free indeed, poetry chiefly inheres in condensed and suggestive writing—some in lines and some in sentences—that is neither primarily aimed to accomplish a particular act in the world nor primarily directed toward narrative or explication.

This is why the term “prose poetry,” while sometimes controversial, is an important one. Stephen Fredman prefers to use the term “poet’s prose” instead of “prose poem” to refer to “[prose] works that are conceived of and read as extensions of poetry,” believing “prose poem” to be “an oxymoron . . . redolent with the atmospheric sentiment of French Symbolism.”

However, in the English-language tradition, to call prose poetry by a name such as “poet’s prose” (or “poetic prose”) radically changes the emphasis. The usual term, “prose poetry” rightly emphasizes that the form is poetry—as Terrance Hayes writes in his discussion of Lauren Russell’s “Dream-Clung, Gone,” “since ‘poem’ is the noun and ‘prose’ the adjective, the prose poem must essentially be a poem.”Therefore, prose poems have the features we have described while poet’s prose often has other characteristics entirely. 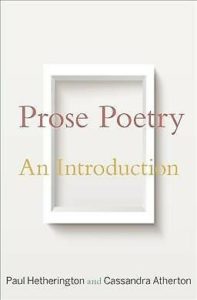 Excerpted from Prose Poetry: An Introduction by Paul Hetherington and Cassandra Atherton. Copyright © 2020 by Princeton University Press. Reprinted by permission.

Paul Hetherington is professor of writing at the University of Canberra, Australia. A distinguished poet, he is the founder of the International Prose Poetry Group.

Cassandra Atherton is associate professor of writing and literature at Deakin University, Australia. An award-winning prose poet, she established the Stein Award for women prose poets. 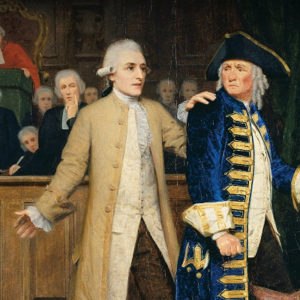 Why did the Founding Fathers fail to include blacks and Indians in their cherished proposition that “all men are created...
© LitHub
Back to top
Loading Comments...