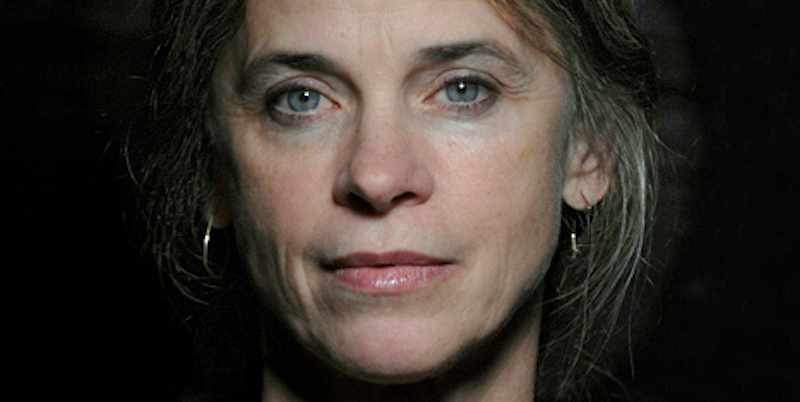 Whitney Otto on the Legacy of a Groundbreaking American Photographer

Sally Mann has talked about her love for 19th-century cameras with their unwieldy glass plates, and chemicals, their (for her) desirable flaws and imperfections that have come with the passing of time. She says of her daughter, Virginia, that she looked like someone from another century.

Motherhood in Arcadia, the American landscape that contextualizes the pictures is boundless, idealized, gently illuminated. A radiant Eden. The settings can call to mind the luminous painting of Bierstadt or Cole, dreamscapes that presage Surrealism. (Mann said that she made her way into landscape pictures when she noticed that she was pulling back from the kids, their figures becoming smaller as their surroundings took up more of the frame.)

There’s so much tough beauty in these pictures. Mann lays out a complex, humanist world, both romanticized and real (with the exception of shame). Among the nakedness, the injuries, the sleeping, the blood, the shrouds, the dead animals, the shining sun, the elegant girl with the candy cigarette, the younger, glamorous girl with the heart-shaped sunglasses, and the beautiful boy with his collection of bracelets adorning his left wrist, the kiss, there is an absence of shame. These children who often look directly, evenly at the lens, are not embarrassed or coy. No matter how intimate or explicit the image, they own it.

Americans seem to think in binary terms about art—you like it, or you don’t like it; you get it, or you don’t get it; you’re a crowd pleaser like the French Impressionists, or you’re Francis Bacon—and Mann’s work falls nowhere in this system. The children in these pictures are complicated, neither perfect nor sullied.

You open a book of Robert Mapplethorpe’s work and see one man peeing into the mouth of another man and you say, of course, Mapplethorpe. He’s allowed—no, expected—to bring an edge to his work. He could even make a series of flowers, and still dodge being labeled as cloying or his pictures merely “pretty.”

The reality of Mann’s art—the set-ups, the poses, “the straightforward, everyday telling of the story”—is a parable of the artist mother.

Women have a challenge in that, historically, they’ve been consigned to the home, and then, when they paint, photograph or write about the domestic life, no matter how much they abstract the experience, it is dismissed as art without weight, or substance.

Maybe “domestic art” hasn’t been perfected, but maybe the point the critics have been missing when they write off is those books (pictures, paintings) is that they are often about a struggle, and maybe part of the struggle is in the making of the book, picture, painting itself.

The hue and cry over Mann’s pictures—though it’s lessened with time—was so gratifying to me, a woman writer with a child, because it forced the public to see, to really see as if for the first time, that home life, that domesticity, that social sphere as unsettling, and thorny, and as important as any other aspect of human experience. Not a lesser experience. Not inconsequential, then kissed off. Flannery O’Connor wrote, “It’s well to remember that the serious fiction writer always writes about the world, no matter how limited his particular scene.”

If I have a favorite picture from Immediate Family it may be “Holding the Weasel,” 1989. I love the girl’s grip on the dead weasel. Anyone who has ever seen the unintentionally brutish treatment by a very young child with say, a kitten or a duckling, will recognize this girl’s unthinking, yet firm hold on this animal. She glances to the side, her pose of casual confidence, showing neither mercy for the limp weasel, nor cruelty because, you know, life just is.

I like “Jessie at 5,” 1987, with her rhinestone earrings and pearls, and “The Last Time Emmett Modeled Nude,” 1987 (because it was the last time), and the picture of the three kids, taken in 1989, where they look so tough and daring, and young in all the right ways.

I’ve kept a journal of my son since he was born. It’s haphazard, impulsive—I didn’t write in it every day because I was, you know, busy raising him. I think about the woman behind the camera who observes her children, transforms them into models, limiting her interaction with them when she becomes the one recording them, interpreting them. I imagine her allowing them to be who they are, and not who you want them to be, to see what happens.

Motherhood is all about the open hand, and not the grasping fist that holds on for dear life. You step back from your child because you love him, and maybe because the urge to embrace your child and never let go, is so powerful.

The reality of Mann’s art—the set-ups, the poses, “the straightforward, everyday telling of the story”—is a parable of the artist mother, a way of reconciling those two things, art and children, that come so perilously close to canceling each other out, leaving you, the artist mother, stranded. Maybe if you’re an artist, all you think about is beauty.

It’s easy to forget that photography is interpretive—unless the image is wildly abstract or manipulated—because the images are so easy to recognize, and because anyone can snap a photo.

Sally Mann isn’t an easy artist. She did a series, taken at a 2.5-acre forensic facility at the University of Tennessee, called the Body Farm. Corpses (around one hundred are donated a year) are strewn about the grounds, in various poses, and left to decompose in order study the body in its various post-mortem stages. I can’t even look at those photographs because I cannot handle the circumstances, the idea, or the images.

She also photographs bones, often of her dead dogs, and, most recently, an ongoing series of her beloved husband, Larry, wasting from muscular dystrophy. The pictures are arresting and heartbreaking. The seeming accessibility of the children’s photos is deceptive.

When photography began it was a novelty, a way to record people and the world around us. Then, trick photography, a kind of visual sleight of hand, came along, whether for entertainment, or to assuage the grief of a loved one comforted by spirit photography, or memento mori, or the cut-and-paste of a dead loved one into a picture.

It’s easy to forget that photography is interpretive—unless the image is wildly abstract or manipulated—because the images are so easy to recognize, and because anyone can snap a photo. Collecting photographs as one would paintings or sculptures, is relatively recent. Picture taking seems like a level playing field, though crediting the equipment with the final result is like saying a typewriter is as important as the writer.

It’s hard for some people to understand the eye involved, the inspiration, the quick decisions, the imagined final image, dark (or light) room skill, and the idea of multiple prints prompts a kind of skepticism about the artistry. A photograph is valued and devalued, all at the same time. People can take pictures with their phones, then photoshop them. Sometimes people think a nice picture is a nice picture because someone just happened to take a nice picture.

But when they see a photograph, the expectation is the complete opposite of a painting; they absolutely expect to understand it, to find a quick correlation in their world. So, to be presented with a photograph that isn’t abstract, that isn’t overworked, that looks like children playing on a summer’s day, that was taken by their mother, and yet to be made uncomfortable by the images, seems as if its somehow “breaking the photography contract” by looking, yet not feeling, like a picture anyone could (or would) take.

If Mann’s work were painted, many people might say, I just don’t like it, it’s weird, but I don’t really get painting anyway. Imagine Balthus’s adolescents, say Therese Dreaming (1936) depicting a thirteen year old girl, gazing out a window in a reverie as she sits with one leg bent, deliberately exposing her white cotton underwear. In The Guitar Lesson (1938) a woman sits with a young girl, naked from the waist down, sprawled across her lap. The girl pinches the woman’s nipple while the woman strokes the girl’s crotch; Robert Hughes called it “one of the few masterpieces among erotic paintings by Western artists in the last fifty years.”

Balthus’s pictures ruffle feathers, but they’re paintings. Possibly products of his imagination, not models, not in the room with him while he made the pictures. Paintings invite ambiguity, confusion, refusal. Also, people who enjoy looking at paintings tend to—how shall I say this without sounding the way it sounds?—have more expansive ideas about art. They might let the little things go. But photography, for the reasons I mentioned, is held to a stricter standard, and it may be because the audience is so much broader, perhaps the thinking too literal.

So instead of seeing Mann’s children as interpretive works of art, and all that that implies, the literalist, not the person who comes to a museum or galley with limited judgment, wants to know how a mother could take such graphic pictures and still call herself a mother?

There are so many things at work in Mann’s children’s portraits: the echoing of her own unusual, expressive childhood, of the mother observing her child, of the artist making pictures in her home (the “enormous discrepancies”), of the mother trying to find a way to be a mother and a photographer, of the children’s willingness to model (to become art themselves), to be surprised, of the pleasure in simply allowing life to unfold and having the mastery to capture evanescence. To understand that if we love, we must love everything, the flaws and the perfection, the blood and the urine, the rhinestones and the roller skates; the disturbing and the pure. 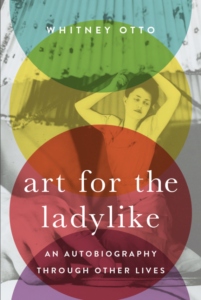 Excerpted from Art for the Ladylike: An Autobiography through Other Lives by Whitney Otto, published by Ohio State University Press.