In this episode, Jordan talks with Jhumpa Lahiri about her new collection of essays (Translating Myself and Others), how Ovid helped her navigate her mother’s death, and how translating her own new story collection is an exciting way to edit.

Jhumpa Lahiri: One of the things I’m trying to get at there is the idea of official language, you know, and what happens in places and societies and governments where one language is imposed and other languages, the other languages, the lingua are banished, in some sense, are no longer officially in circulation. So what happens when one dialect falls away and an official language is imposed? What happens when translations are—when languages from the outside, when literature, text from languages from across the threshold are prohibited? The dangers of this. I’m talking about the dangers of this.

And I’m talking about and not only the dangers of lingua or language, the idea of a language, but also the the falseness of this, because there is no neat, airtight contour to any language. And what we recognize is that all languages are born… how should I put this? Each language is born from languages and thrives and grows and exists due to a sort of ecosystem of languages. And that’s what we need to put at the center, that we need to keep that multiplicity at the center and to avoid the impulse, rather, to sort of diminish that multiplicity in search of a dominant language.

Jordan Kisner: There are definitely philosophical and political overtones to that to that set of ideas, which is, you know, I think that maybe the the average lay-reader might not necessarily imagine that such foundational ethical and political ideas are happening in the act of translating a short story. And one of the things that I see in this book is really an argument that major interpersonal, ethical, political and even almost mystical things are happening in the thesaurus or in the mind that is trying to move language from one place to another.

Jhumpa Lahiri: I agree. I agree. Mystical is a good word.

Jhumpa Lahiri is the author of Translating Myself and Others as well as four works of fiction including the Pulitzer-Prize-winning Interpreter of Maladies, The Namesake, Unaccustomed Earth, and The Lowland; and another work of nonfiction, In Other Words. She has received numerous awards, including the PEN/Hemingway Award; the PEN/Malamud Award; the Frank O’Connor International Short Story Award; the Premio Gregor von Rezzori; the DSC Prize for South Asian Literature; a 2014 National Humanities Medal, awarded by President Barack Obama; and the Premio Internazionale Viareggio-Versilia. She is the editor of The Penguin Book of Italian Short Stories and has translated three novels by Domenico Starnone into English. She teaches creative writing and literary translation at Princeton University, where she is director of the Program in Creative Writing.

A Brief History of Trying to Breathe in Cities 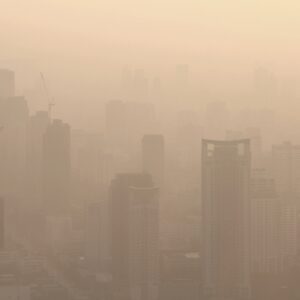 A Brief History of Trying to Breathe in Cities

Whenever the air in Bangkok becomes too polluted to breathe, my relatives turn to the internet. They open an online city...
© LitHub
Back to top