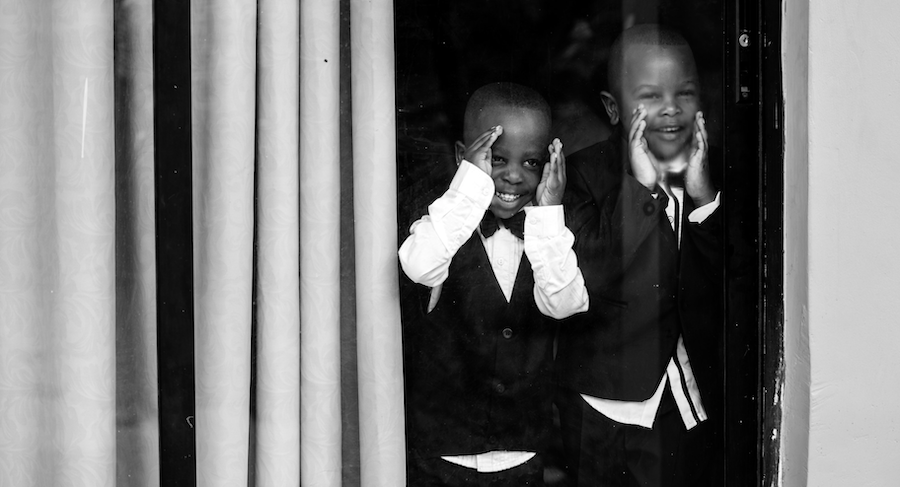 My son points to a bright green stuffed toy frog with a red scarf around its neck, rummaged out of his sister’s basket. For a couple of months he’s been dragging the toy everywhere. Frog has to come on the bike, to daycare, to the sandpit, and to bed. My son sucks on Frog’s hand as I kiss him good night.

Every night it occurs to me that I really ought to wash the creature, which looks increasingly revolting and is probably harboring more and more germs each day.

Every morning I forget.

Second children have a reduced chance of asthma, eczema, and allergies compared with first children. Second-borns aren’t exempt from these ailments, but it’s less common for them to have them.

A second child, more often than a first, is born into a family that is already “prepared for family life.”

And although I’m alert to the fables going around about the influence of one’s place in the family, I find this easy to believe. When it comes to asthma, eczema, and allergies, I have the full package; my sister’s lungs, on the other hand, function perfectly—and her skin is flawless.

So that’s how it works, with averages and probabilities and general claims based on lots of data: it’s so much easier to assume they’re true when you recognize yourself in them.

So much easier to believe that sibling rivalry is inevitable when you see your own children fighting.

So much easier to believe global warming is real when you encounter one heat wave after another. Or that such a thing as pregnancy discrimination exists when a friend, while expecting her second, is told in a job interview that she shouldn’t really want it anyway, this challenging job that demands she perform to the best of her abilities.

To make sure, I call a pediatrician who specializes in lung diseases and allergies. It’s true, he says, and the most cited explanation comes from the hygiene hypothesis. Those with elder siblings are exposed to a lot more germs at a young age than firstborns—there’s no one as filthy as a toddler, after all. That gives the immune system a better chance to develop, making it less inclined to overreact to stimuli that can’t really do any harm.

The rising number of people with asthma, eczema, and allergies in industrialized countries is therefore in part related to shrinking family size. There are fewer children with at least one elder sibling, so there are more children with a higher chance of contracting these conditions.

Of course, the fact that households in general have become rather cleaner plays a role as well. In some ways, hygiene makes us less resilient. My mother tells me she changed my bedding twice a day when I was a newborn, and vacuumed at least as often. Now that I have a second child myself, I’m pretty sure she gave up on that regime when my sister came along. And this, this change in parental behavior when a second child enters the mix, suggests that it’s parents who are, ultimately, responsible for the existence of many a birth-order effect.

The idea that birth order has a predictable effect on your personality—on how well behaved or ambitious you are, how willful or introverted—is in all likelihood no more than that, an idea. But that doesn’t mean we have to throw the entire birth-order effect out with the bathwater.

A group of academics who are interested in the effect of birth order on physical and cognitive outcomes do find effects. And those effects say a lot, not only about first and second children, but also about their parents.

Besides a connection between birth order and asthma and eczema, for instance, there is also a link with diabetes: firstborn children are at a higher risk. The same goes for high blood pressure—although epidemiologists are still groping in the dark as to how that comes to be the case.

Birth order also seems to have an effect on height. The more children in a family, the shorter they are on average; and the second is affected more by this than the first, and the third and fourth even more again. (And height is often used as a gauge of health.) Scientists have put forward several possible reasons for why this might be so. For one thing, studies have found that children with elder siblings are less likely to receive all their vaccinations, and parents are less inclined to call in expert help when their younger children are ill. Children with elder siblings also eat junk food more frequently at a young age. And the more children a woman already has, the smaller her chance of following a healthy diet during pregnancy.

I remember the wedding of my sister-in-law, in the baking-hot central region of France. My daughter was one and a half, my son not yet on the way, and the family stuck around for the day after the festivities.

That evening my nephews and nieces were all given an ice cream. Did our daughter want one as well, we were asked. No, we said, she’d never had ice cream, and she was only one and a half, so why would she?

Three years later, when the four of us went to the ice-cream parlor for the first ice cream of spring, it didn’t even occur to us that our son, aged one and a half, could miss out.

The rules you draw up for raising a first child, the habits you develop, won’t always withstand the extra pressure a second child brings.

That said, the second child is certainly not always the one to draw the short straw—the reduced risk of asthma and related misery are a case in point. In addition, I come across a long-running study among a cross-section of the British population, suggesting that children with an elder sibling suffer less frequently from psychological problems than eldest children.

It may be that elder brothers or sisters serve as a kind of buffer in times of social stress. Another possible explanation, according to one of the researchers, is that a second child, more often than a first, is born into a family that is already “prepared for family life”—more stable, perhaps, and hence better able to offer a secure, dependable environment for a child to grow up in.

My own mother says that the second child is much less of “an experiment” than the first: that the first child gives his or her parents practice, and that practice pays off.

“We already had everything in place,” says a mother I know, with some satisfaction, when she talks about the birth, a few months earlier, of her second daughter. “All those extra-soft towels and absorbent diapers and milk bottles and hot water bottles and the sling and the stroller. We didn’t have to rush around worrying about all that this time.”

She looks relaxed, much more so than a couple of years ago, when her eldest daughter had just been born. I suspect that the things she lists are a metaphor for a less tangible form of “everything in place”—that what she really means is that she and her partner were over the first shock of parenthood when the second one arrived, that they’d already adopted a way of life that could relatively easily make way for a new, small, dependent element.

Something like that, I think, is what my own mother means when she says that the second child is much less of “an experiment” than the first: that the first child gives his or her parents practice, and that practice pays off.

The open-mindedness with which my partner and I welcomed our daughter was always something I saw as an advantage—far more romantic to be the first and only, terra incognita, than a variation on a theme your parents already know. But perhaps it’s not so bad, appearing onstage after it’s already been set. 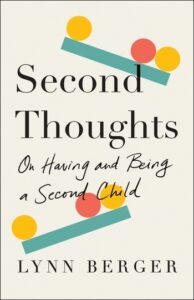 Lynn Berger is a staff writer at Dutch journalism platform De Correspondent, where she covers keywords and everyday culture. She holds a PhD in Communications from Columbia University and lives in Amsterdam, the Netherlands. 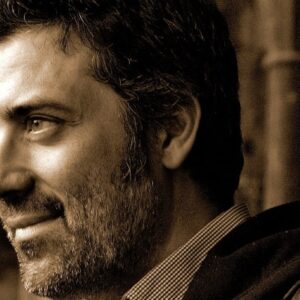 Andrea Bajani is the guest. His new book, If You Kept a Record of Sins (trans. Elizabeth Harris), is out now from Archipelago...
© LitHub
Back to top
Loading Comments...