The midterms are drawing ever closer, which means it’s as good a time as any to both exercise democracy (read: VOTE) and think about what democracy even means. An excellent place to do just that is the Albertine’s fifth-annual festival, starting next week at the beautiful French consulate overlooking Central Park. Curated by journalist and author Masha Gessen, this year’s festival aims to widen perspectives on—and assumptions about—democracy and take on the false notion that “it can’t happen here,” through the lens of six distinct areas ranging from borders to mental health and work. The lineup is robust without being overwhelming—there’s one event for each of the Festival’s five days, which means you could conceivably make each of the events (and should!). In case you’re spoiled for choice, we’ve rounded up a few highlights here.

Beyond States and Borders
7pm, October 30

Featuring fiction writer Aleksandar Hemon, photographer and writer Gauz, philosophers Guillaume le Blanc and Fabienne Brugère, and writers Sophia Azeb, this panel will explore basic questions about borders in the light of our current political state, where millions of refugees face increased scrutiny and are turned away at borders across the world. Moderated by Stephanie DeGooyer.

As political movements both in the US and around the world promise a return to an imaginary past in which gender divisions promise a stable, orderly world for all, what might a future of fluid, empowering ideas about gender, free of the dark restrictions of the past, look like? Phia Menard, Eric Fassin, and Sasha Velour (the winner of Season 9 of RuPaul’s Drag Race) speculate on the possibilities ahead. Moderated by Jack Halberstam.

The Mechanics of Democracy
7pm, November 2

While we often assume that free and fair elections are the definition of democracy, it’s time to rethink and demolish those assumptions. Cynthia Fleury, Ingrid LaFleur, James Fishkin, and Andreas Kalyvas reimagine democracy and explore better ways of doing politics with informed and motivated citizens. Moderated by Masha Gessen.

Bringing together writers (Siri Hustvedt and Laure Murat), artists (Johanna Hedva), and two representatives of the French theater company L’Oiseau Mouche, this discussion will consider ways to move beyond the dichotomy of normality and disease, and expand our understanding and perceptions of mental illness. Moderated by Sara Hendren.

Miriam Kumaradoss is an Editorial Fellow at Lithub. 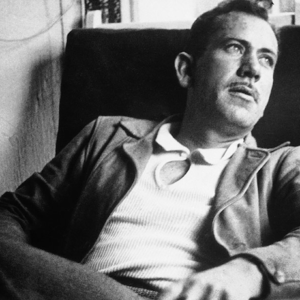 Are you misusing these commonly confused words? Click here to find out how embarrassed you should be! | Lit Hub ...
© LitHub
Back to top