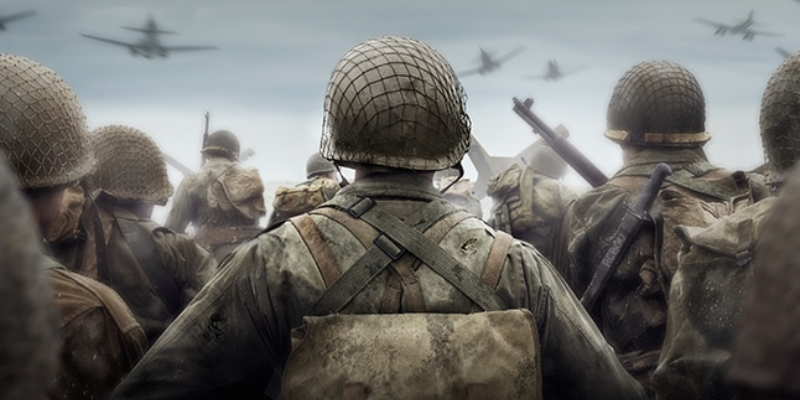 In the first of our Thanksgiving Specials, Al and James are joined by historian and weapons expert Marty Morgan. Marty talks about his experiences leading tours in Normandy and working with hit video game franchise Call of Duty as their historical advisor.

Al Murray: The thing that really fascinates me is, though, as well as being an actual historical expert on this, you’re bringing it into popular culture. Because video games as an interface for people with the history of the Second World War, it’s a really important point of contact between a more academic view of things and an experiential entertainment idea, isn’t it?

Marty Morgan: It’s reaching more people than anything I’m ever going to write, anything that Max Hastings is ever going to write, anything that James Holland is ever gonna write. Video games have more reach capability than anything possible, which is why I think they have replaced the glamorous action movies of the 1970s. It’s interesting because it’s almost like you’ve sat in meetings that I have with the team. We’re constantly exploring the extent to which the games should be informed by actual events and reality. Their objective is to make things extremely engaging and extremely dynamic, and that doesn’t necessarily mean that it’s always going to be historically accurate, which is the point at which they engage me and use me for a lot of feedback.

It’s fascinating because you would think that it’s just some crusty old person that watched movies in the ’70s and read a bunch of books that tells them, no, that’s wrong, do this. It’s a far broader interaction than just that. I enjoy being a part of it, and I think it’s the most productive way to expose a new generation to the history of the Second World War.

James Holland: What’s the kind of stuff you’re advising them on? Would you just say, well, that sounds great, but they would have never done that. Or the winter smock that that German trooper was using is the wrong type?

Marty Morgan: There’s a lot of stitch counting that goes on, which does not give me the greatest reputation for being anything other than a complete nerd. It’s funny because in our world—I’m including the two of you in this world, by the way—in our world, there are things that don’t seem outrageous or ridiculous to call out. For example, the most recent Call of Duty release that I was part of was called Call of Duty: WWII that came out in 2017. They depicted the main character in 1928 with a Thompson submachine gun, and they had him in the Hurricane force with a 50-round drum magazine. And when I saw that, of course I had a conniption fit. I was like, oh no, no, no, absolutely no use of 50-round drum magazines whatsoever in Northern Europe.

To them, that is an outrageously hilarious thing to see a nerd melt down like that. To me, I look at them, like, what could you possibly say negative to my reaction to that? I felt like my reaction was very measured and controlled. And to them, they just thought it was some wild meltdown. So, there’s a little bit of that going on; stitch-counting absurdity.

I do work with the weapons team quite a bit, and that is in terms of not just advising them on what weapons are appropriate, but also the team will travel here to Louisiana and we will go out on a piece of property near where I live and conduct actual audio sampling of the weapons that end up in the game. So, when you listen to firearms from Call of Duty: WWII, they’re firearms from my collection or from the collection of my dealer. And that, I believe, exposes those designers—it’s the audio team almost exclusively—but it’s exposing them to some realities of World War II firepower that I think inform the way they approach the game, which I kind of wish everybody could do.

I’ve been leading tours in Normandy for almost 20 years now. And one thing I am finding is that for the most part, when people come to Normandy and it’s a first experience, and they’re not people who would have gotten into recreational shooting or collecting military surplus firearms, there’s an enormous amount of chauvinistic pre-information that’s in them that I have to fight against. It’s overwhelming. It’s to the point where I end up spending more time talking about Saving Private Ryan, which is a movie that’s based on things that for the most part did not actually happen. I end up spending more time talking about that than things that actually happened. 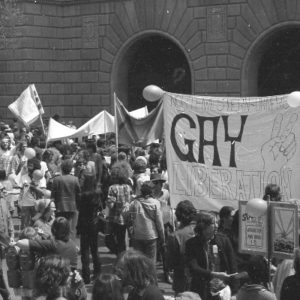 In Stand by Me: The Forgotten History of Gay Liberation (Basic Books, 2016), the acclaimed historian Jim Downs rewrites the history...
© LitHub
Back to top