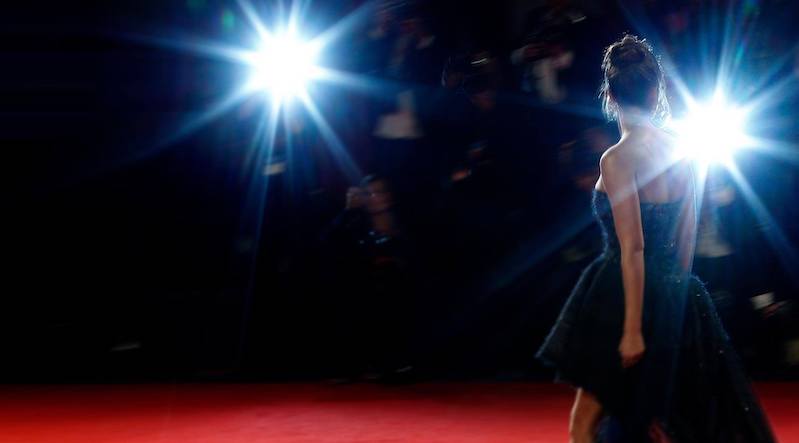 “What I Said on My Private Island Was Taken Out of Context!” On Celebrity Apologies

By Marjorie Ingall and Susan McCarthy

Among the most teeth-gnashing parts of SorryWatching, for better and for worse, is being bombarded with godawful celebrity apologies.

Here’s the chicken-or-egg question: Are celebrities worse at apologizing than normal people or are we just more aware of their bad apologies by virtue of their fame? Perhaps the issue is that their fans refuse to call them on their bullpucky? If Susan apologizes badly, her friends and family are likely to roll their eyes. When a famous person apologizes badly, people tell them (a) they did not have to apologize at all, and (b) they are brave and heroic for apologizing and they are totally forgiven! (Cue the Greek chorus of celebrity stans chanting, “You were young! You’ve changed! King! Kween!”)

A 2006 study—conducted by media personality Dr. Drew Pinsky, who years later had to apologize for calling Covid-19 “a press-induced panic” and “way less serious than influenza,” so maybe take this with a grain of salt—found that celebrities are more narcissistic than the general population. In collaboration with his colleague S. Mark Young, a professor of accounting, management, and communications (but not psychology) at USC, Pinsky found that reality TV personalities had the highest celebrity narcissism scores, followed by comedians, actors, and finally musicians. Length of time in the public eye wasn’t correlated with narcissism, an indication, Pinsky says, that celebrities may have had narcissistic tendencies prior to becoming famous.

Pinsky’s research method was to ask famous guests on his radio show Loveline to complete the Narcissism Personality Inventory, a long-established clinical tool. (In other words, he paired a useful self-assessment quiz with a methodologically suspect application.) Pinsky found that female celebrities were notably more narcissistic than male celebrities . . . but couldn’t that be because they answered honestly the NPI’s questions about their relative attractiveness? Female celebrities, particularly those who might be guests on Loveline, probably are more attractive than average! Acknowledging that isn’t narcissism; it’s truth.

Still, it makes sense that celebrities might be more self-absorbed than average. They’re people who are drawn to the public eye; they’re confident; they persevere in competitive environments that involve a lot of rejection. And since the folks who took Pinsky’s survey were successful—judging from the fact that they were booked on his show— they’ve also experienced some of the perks of celebrity: adulation, money, free stuff. All this may make them more likely to believe in the Just World hypothesis. As we saw in chapter 4, a belief that life is fair is correlated with both privilege and faith in God’s goodness. Celebrities may be confident that they deserve and have earned all that they’ve gotten, when in fact they’ve been lucky and/or benefited from privilege.

An illustration: When Black film executive Franklin Leonard wryly tweeted, “Hollywood’s a meritocracy, right?” after an announcement about Steven Spielberg’s daughter casting Sean Penn’s son in a film written by Stephen King’s offspring, Ben Stiller (son of Anne Meara and Jerry Stiller) replied, “Too easy . . . everyone has their path.” When Leonard replied that the spawn of the famous perhaps take a different path than most, Stiller replied, “I would bet they all have faced challenges. Different than those with no access to the industry. Show biz as we all know is pretty rough, and ultimately is a meritocracy.” Leonard followed up: “How do you explain the utter lack of diversity behind the camera? Lack of merit?” Stiller replied that diversity is “a much bigger issue.” In actual fact, of course, it is the same issue: certain people are way more likely than others to get a shot because the playing field isn’t level. Meritocracy, schmeritocracy.

Whether it’s because of their innate attributes or the consequences of being famous, celebrities tend to be not great at taking responsibility for their bad behavior. Their first reaction to a call-out is usually to blame the press for reporting on whatever they did, a strategy that is not available to The Non-Famous. But when the evidence of their poorly considered conduct is incontrovertible, they may pivot to “I never claimed to be perfect” or “No one’s perfect.” (Funny how an inordinate number of terrible apologies contain the word “perfect.” But apparently it can still be very hard to admit any particular instance of not being perfect.)

It’s true that no one’s perfect! It’s a great point! One that does not belong in a great apology! On the one hand, yes, if we hold ourselves to a standard of utter crystalline perfection, we’ll always fail, even if we’re actually kind of superb. (Which we are! And we bet you are too!) We should all expect to make mistakes, no matter how hard we try. And if we know how to apologize for these mistakes, we’re ahead of the game. However, when you yourself are called on the carpet for something, it is neither helpful nor non-weaselly to protest that no one’s perfect. Acknowledging imperfection doesn’t give us carte blanche to be a jerk; it also doesn’t excuse us from having to examine our own behavior and make amends for it.

On SorryWatch, our most trafficked post is an apology from Reese Witherspoon in the aftermath of a DUI situation, which rapidly became a “Don’t you know who I am” situation. When her husband was pulled over for driving drunk, Reese responded poorly and was ultimately charged with disorderly conduct. She later apologized: “I am deeply embarrassed about the things I said. It was definitely a scary situation and I was frightened for my husband, but that is no excuse. I was disrespectful to the officer who was just doing his job. The words I used that night definitely do not reflect who I am.” This is not who I am! It was scary, y’all! We’re not sure why people keep clicking on that particular bad apology. (Do people really dislike Reese Witherspoon?) Regardless, she’s hardly alone in generating SorryWatch site traffic.

In general, our posts about bad apologies by celebrities, athletes, and politicians tend to get  way more eyeballs than, say, our deep dives into literary or historical apologies or analyses of academic apology research. It’s understandable: as a culture, we have a love-hate relationship with famous people, and there’s something viscerally schadenfreude-y and delicious about the mighty being brought low. Still, mocking celebrities feels a bit like hitting low-hanging fruit with a mallet. The spatter is fun and cathartic, but can we really learn from it?

Then again, must everything be educational and nutritious? Can’t it just be tasty, tasty intellectual junk food? Consider, for instance, a classic from the annals of celebrity history: Sharon Stone, in 2008, on the red carpet at Cannes. She was asked for her thoughts about an earthquake in China a few days earlier, which had claimed over seventy thousand lives. She responded that the Chinese “aren’t being nice to the Dalai Lama, who is a good friend of mine.” She continued, “And then all this earthquake and all this stuff happened, and I thought, ‘Is that karma? When you’re not nice, that the bad things happen to you?’ ”

When the “Sharon Stone said what?” karma hit the fan, Stone responded: “I misspoke. I could not be more regretful of that mistake. It was unintentional. I apologize. Those words were never meant to be hurtful to anyone. They were an accident of my distraction and a product of news sensationalism.”

This is practically a complete Bad Apology Bingo card in only thirty-nine words. Please pick up your daubers and mark “misspoke,” “regretful,” “unintentional,” “never meant,” “anyone,” “accident,” “distraction,” and “news sensationalism.” Stone then compounded the badness with a statement to the New York Times: “I am deeply saddened that a 10-second poorly edited film clip has besmirched my reputation of over 20 years of charitable services on behalf of international charities.” Again, blaming the media, but now with a bonus gloss of: I have been a saint for over twenty years and was entrapped.

See? Delicious in its terribleness.

To reiterate: a good apology is not All About You. Giving your narcissism free rein by blaming others, saying how you’ve suffered, touting your long record of being awesome, accusing people of not understanding your intentions—these behaviors cheapen any apology you manage to make and say more about your arrogance than your humility. Celeb or not, you need to keep the recipient of the apology foremost in your mind. What matters is the real victim’s perception, not your heroic intentions. 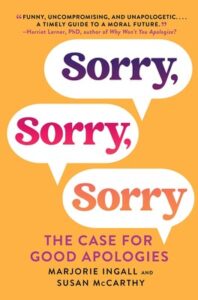 Excerpted from SORRY, SORRY, SORRY: The Case for Good Apologies by Marjorie Ingall and Susan McCarthy, published by Gallery Books, a division of Simon & Schuster, Inc.

Marjorie Ingall, who goes by “Snarly” on SorryWatch.com, is the author of Mamaleh Knows Best: What Jewish Mothers Do to Raise Creative, Empathetic, Independent Children and The Field Guide to North American Males, and is the coauthor of Hungry, with plus-size model Crystal Renn. A former columnist for Tablet magazine and the Forward, she is a frequent contributor to The New York Times Book Review and has also written for New York magazine, Town & Country, Ms., Glamour, Self, Elle, and Sassy (yes, that one). She lives in New York City.

Susan McCarthy, who goes by “Sumac” on SorryWatch.com, is the coauthor (with Jeffrey Moussaieff Masson) of the international bestseller When Elephants Weep: The Emotional Lives of Animals, which has been translated into twenty-one languages. She’s also the author of Becoming a Tiger: How Baby Animals Learn to Live in the Wild. Publications she’s written for include Parade, The Guardian, WIRED, Smithsonian magazine, Outside, and Salon. Her work has been anthologized in The Best American Science Writing and in Mirth of a Nation: The Best Contemporary Humor. She lives in San Francisco. 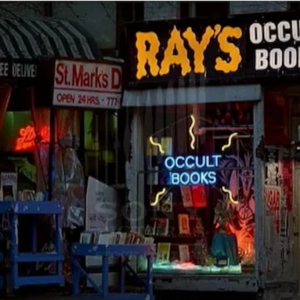 Remember Ray's Occult Books, the rundown Manhattan bookstore opened by an unmoored Ray Stantz between Ghostbusters I and II following...
© LitHub
Back to top
Loading Comments...