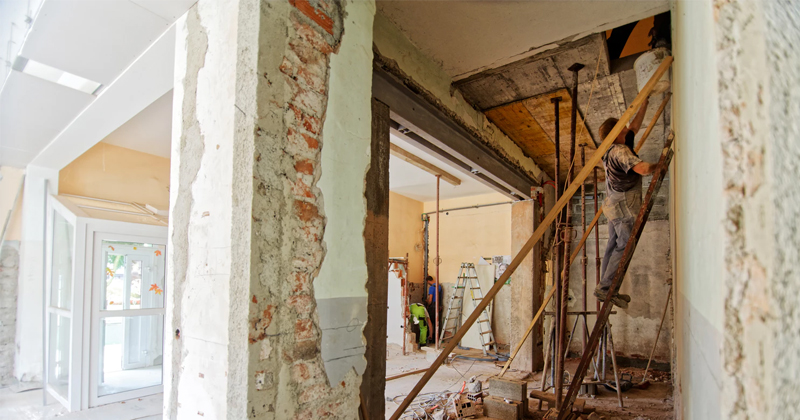 What Happens When Your Tenant Won’t Stop Renovating Your House?

Vikki Warner on Handling Sticky Situations as a Landlord

The following is from Vikki Warner’s Tenemental, a memoir recounting her time as a young landlord renting out a three-story home in Providence, Rhode Island.

One morning, I heard a lot of noise downstairs—sounds of furniture being moved, stuff being dropped, dudes living in a dudely way. I shrugged it off, as I have become adept at doing. A few minutes later, though, my phone buzzed. The text message, from Eric, read, In case you’re wondering, Colin has decided to bring his piano to Penn St. Piano movers and all.

Colin, the newest recruit in Eric’s cavalcade of roommates, had just arrived in the house. We hadn’t had a proper conversation yet, though I had tried. He moved in under the guise of a very short sublet, but then decided to stay. I would run into him in the hall or on the driveway, and I’d attempt to welcome him or ask a question, but halfway through the first sentence,

I would falter to a stop because he appeared to be absolutely terrified of me. He stared at me, ashen, slack-jawed, eyes locked wide. He answered with a stilted word or two, and we both hurried away. Our relationship having started thusly, I was a bit unsure of his presence, but as usual I figured it would all work out fine. Then: the piano text.

This was one of those rare times when I would have to confront an interpersonal situation in progress. Exploiting my bubbling adrenaline, I took a look down the front stairwell to check out the scene. Colin stood, hands in pockets, watching four grunting gentlemen try to hoist a massive object up the narrow, winding staircase.

Blinking, clearing my throat, I said something like, “Hey, how’s it goin’? What’s going on here?”

Colin explained nervously that he was having his piano moved in. “It’s a baby grand.”

“I can see that, yeah,” I said. “You gonna just . . . put it in your room here?” The open door to Colin’s bedroom revealed that a baby grand-sized space had been cleared.

“Yeah, right here in my room.”

“Okay, huh. Well, I wish you’d mentioned it before the fact,” I said.

At this point I unearthed a little speech that I bring out whenever someone in the house has done something implausible: “Listen, I really want you

“I’m really sorry. I’m so sorry. I should have talked to you,” Colin said.

“In those first few months after his arrival, I cynically decided that Colin was slumming—just gathering some street cred on his way to bigger and better things. He was only 22, and it was the first time he’d lived on his own.”

This conversation went on a little longer, as the four movers continued their brave struggle, one man getting underneath the piano and crawling up the stairs with it balanced on his back, the others guiding and lifting it as much as they could. Colin, who shares his surname with an old-money New England family, seemed totally unfazed by this feat of manual labor, and I started to get the feeling he’d been waited on a lot in his young life. Irritated by Colin’s obstinacy—he just stood there—I went

back into my apartment and shut the door. Turned out, they couldn’t get the piano all the way up the stairs after all, though they did leave a few giant gouges in the wall, requiring an additional trip for purposes of patching. I would have gladly accepted the holes in the wall not to have to listen to this guy play the piano all day and night, and then move out in a few months, at which point this hulking thing would have to be borne back out of the house by some further act of heroic strength.

Later, Colin came upstairs to apologize again, and we had something resembling a fruitful conversation. He told me he’d “come from a pretty unconventional living situation” (something about a big, rambling, falling-down house), and as such, he was unfamiliar with the required niceties of living at PennHenge. He mentioned that the baby grand had actually been left outside for the past couple of years, so it was really beat up and warped anyway, and “sounded crazy.” He’d told the movers to “just throw it away.” Of course, he still had to pay hun

dreds of dollars to the moving company, despite the fact that the object of his affection was on its way to the landfill.

In those first few months after his arrival, I cynically decided that Colin was slumming—just gathering some street cred on his way to bigger and better things. He was only 22, and it was the first time he’d lived on his own. But over the summer, perhaps six months after he moved in, Colin started on a home improvement tear. Not a Neil-style episode involving sledgehammer-based destruction, but a set of positive, well-executed changes that made the place look better and feel more comfortable.

First, he painted his own room. It had been a rather awful shade of flat electric blue, sloppily painted by the illustrious Neil and then left that color by several subsequent occupants. Colin could not abide. So he bought some paint in a very dignified old-hotel sort of gray, and he went for it. He didn’t let me know in advance; I was coming home one night and looked up and saw that the room was suddenly a different color. I thought, if I can just impress upon this guy that someone other than him owns this place, and that he needs to inform that person of any changes he wants to make, we are going to work together just fine.

A few weeks later, Eric offhandedly mentioned in an email that Colin was “turning his space into a fancy hotel room.” I began to relish my evening walks back to the house, so I could creep around and look up to spy on the latest embellishments surreptitiously being made to my own home. One night, it was a chandelier with a multitude of tiny lampshades on it; another time, a flat-screen TV mounted on the wall. I had to admit that the place was looking pretty baller; there’s nothing wrong with milk crates and lumpy Ikea sofas, but Colin’s tastes and resources well exceeded that level. 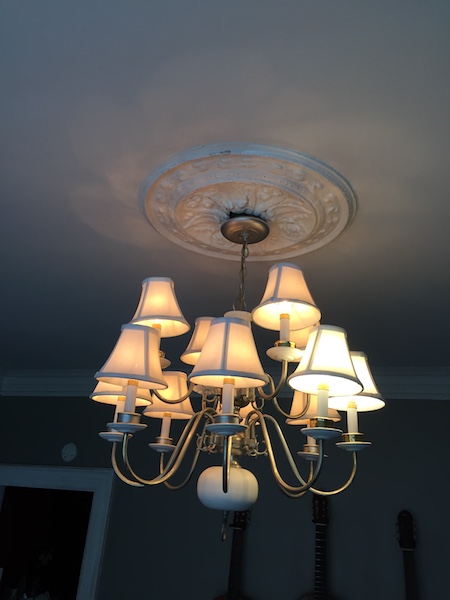 The next time I stopped into the apartment, he had done the kitchen as well, painting the room in multiple shades of a very modern soft purple-gray that somehow also completely fit the look of the house. He’d installed track lighting and it shone on nice pieces of framed art. For a moment I thought, Why would anyone do all this work to a rental? He’s going to extort money from me now, in payment for these interior design services.

But actually, it’s been the opposite. I made the rare move of speaking directly to Colin’s invariable face in order to clearly remind him that I need to

approve any changes he wants to make, before they’re in process, and that I, the owner, should be paying for said changes. “What if you fall off a ladder or crush your finger?” I asked him.

He seemed to understand for a few weeks, during which time he put in a dimmer switch for the chandelier, installed more track lighting, and beautifully painted yet another room, all with my prior knowledge. I congratulated myself for facing the problem and Colin for responding in kind. But now the conversation has again slowed. I rarely see him, but I can hear him—hammering, sawing, drilling; working away on something. He has taken the doors off the kitchen cabinets, and though my recon access is limited in that part of the house, I believe he is testing several paint colors to redo them. My nighttime creeper moments (he really should get some curtains) now reveal that he’s created a huge

mosaic-like collage of colored plastic or paper squares that covers the entire wall above the mantel. He’s putting in new (supposedly removable?) flooring on top of the old painted wood planks in his room. I shit you not: he has built a squirrel lounge in his window frame, a wood panel with a squirrel-sized round hole on one side and a glass panel on the interior for observing, ant-farm style. Inside the box he has placed batting for the squirrels’ comfort; so far the animals are a no-show.

At this point the room is about 55 percent old hotel, 40 percent tech startup, 5 percent squirrel residence, if you’re keeping score.

The guy’s got a good eye; I admit it. That doesn’t alter the fact that this apartment is home to two young men, with their attendant piles of clothes and dirty dishes and some less-than-appealing smells. But it’s sunny, well-decorated, and feels cared for. I still don’t feel totally recognized by Colin as the actual owner of the house, but I would rather have a tenant who cares about improving his surroundings than one who lives among his own 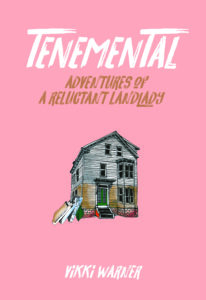 From Tenemental. Used with permission of Feminist Press. Copyright © 2018 by Vikki Warner.

Vikki Warner is an acquisitions editor with Blackstone Audio and a freelance writer. Her work has appeared in BUST, The Boston Globe, and Zagat, among others. Tenemental is her debut memoir.

On the "Future Shock" of David Bowie's Diamond Dogs 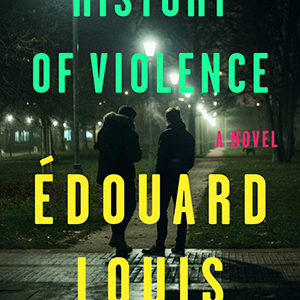 On days when I felt calmer I would imagine myself picking out someone I didn’t know in some public place, on the sidewalk or...
© LitHub
Back to top
Loading Comments...