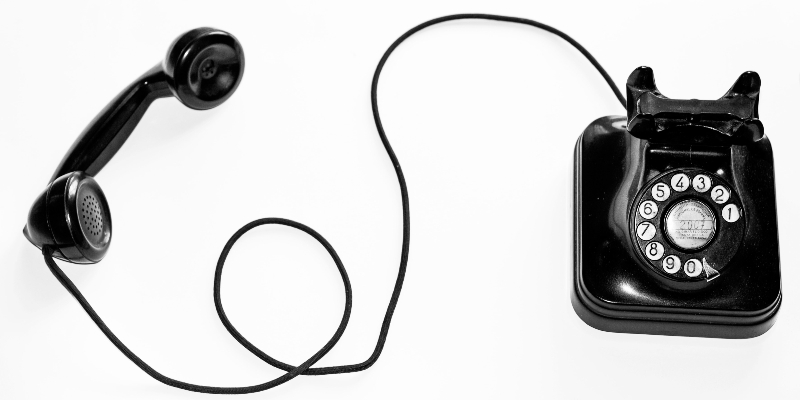 This Week on The History of Literature Podcast

On today’s episode, authors Stephanie Kent and Logan Smalley join Jacke to talk about their new book for book lovers, The Call Me Ishmael Phone Book: An Interactive Guide to Life-Changing Books.

Stephanie Kent: It’s so funny because we started off, and it’s actually the one that’s still in our answering machine today, is “call and leave a message about a book you love and a story you’ve lived.” And it’s sort of interesting because that’s one that we started with, and we noticed right away without other examples to listen to or any coaching at all, people started talking not just about whether or not they liked the book, but the actual impact that it had on their lives. People were telling us stories about how a book came into their life, who they chose to share it with next, something that physically happened in their life as they were reading this book.

That was one of the things that made our ears perk up and be like, well, this is interesting. Nobody really talks about books in this way. Not only do you like it, did you not like it, what happens in it? But what does it actually mean to have a book become a part of your life? So, that’s been really interesting.

But the funny thing about prompts and the invitation to call is, as we’ve done the project, we’ve found that most people have a good story about a book. Some people are a little bit shy or need a little bit more direction. And so, our book also includes these types of prompts. It’s things like, call about the book that made you love reading; call about a book that you were forced to read in school but ended up really loving. It gives more specific examples to help get people’s ideas flowing about what to talk about.

Jacke Wilson: Right. And to whom do the callers think they’re speaking?

Logan Smalley: That’s a good question. When you call the answering machine—and by the way, the number is 774-325-0503—if you want to call. When it goes straight to voicemail, the voice is… a voice.

Logan Smalley: Spoiler alert. But it says, hi, this is Ishmael. Leave me a message about a book you love and a story you lived, with a little bit more detail. And so, when people leave a message, they 99 percent of the time address Ishmael, who, of course, is the amazing narrator of Moby Dick.

Stephanie Kent: I think it’s 100 percent of the time, and we didn’t actually set it up that way. When we had sent it to a couple of friends, they right away started saying, hey, Ishmael, how’s it going?

Stephanie Kent: No prizes so far. But generally, the way that people find out about the project is online,  and so I think the assumption it could be shared is definitely there. But also, in a less romantic thing, we also have on our message that by leaving a message, you’re agreeing to the terms and conditions on our website, which let you know that it could be shared. No one that we know of has called with the intent to just tell their story to Logan and I.

Logan Smalley: Yeah, they’ve never addressed Logan or Stephanie. Sometimes they don’t address Ishmael directly. But I think, have you ever heard of the project called PostSecret? It’s a postcard project where people mail in secrets, and it’s totally anonymous. And then those postcards are posted online. And they’re very, very profound in every sense of the word. We often get compared to the sort of bibliophile version of a PostSecret.

So these bibliophiles around the world naturally read a book that impacted their life and feel compelled to share it, and there’s something really neat about the human voice. In addition to writing; we certainly love book reviews as well, but there’s something neat about the human voice and the way that inflects when it’s trying to compel another person out there in the internet to read and discover a new book and to share the joy that book gave them.

Oh, and the one last thing I’ll say in regards to calling Ishmael, because this is a history of literature podcast, there’s a book critic—and I’m gonna fail to remember their name—but they categorized Ishmael, the narrator of Moby Dick, as “the fortuitous witness.” Once I discovered that characterization, it just stuck. Because Steph and I feel like every night and every weekend when we process these messages that are left for Ishmael, that we are a fortuitous witness to these people’s stories, these strangers that we’ll never meet, but we somehow feel like we know one and a half minutes later.

Jacke Wilson: Right. And I think the fortuitous witness, there was something about the convenience of having a narrator who just happened to be the only one to survive a shipwreck. There must be times where you guys feel like you’re in that capacity as well. 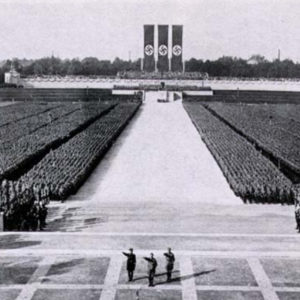 The German philosopher Martin Heidegger’s influence over the last several decades of philosophy is undeniable, but his place...
© LitHub
Back to top