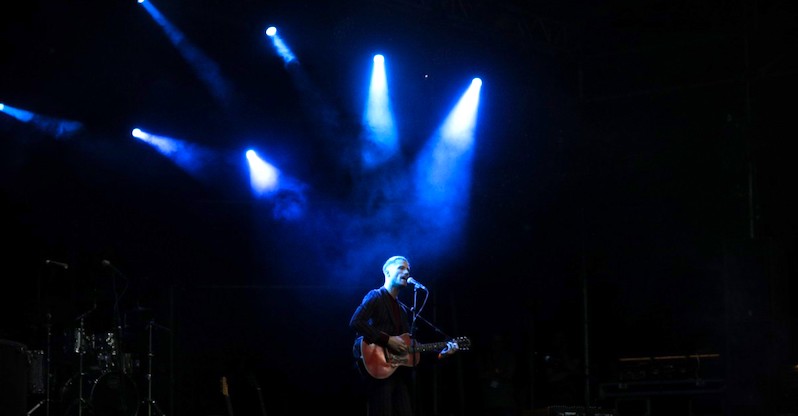 Jason Guriel Pairing the Conventions of Rhyme with Science Fiction

I hadn’t written poetry in four years, when all of a sudden I found myself writing a lot of it, hundreds of lines of the stuff. This was surprising. For one, I thought I’d given up poetry (even if, as Dorothy Parker once put it, “nobody seemed to notice my magnificent gesture”). Also, when I used to write a poem, it was always short. Spilling onto the second page of the Word doc was decadence. It was as close as I got to Epic Poetry.

Perhaps I still thought of myself mainly as a critic. Editors sometimes took my pitches, and Twitter sometimes took note. Prose gets more love than poetry. Or hate. But hate’s a reaction, at least; someone was reading those essays and reviews. The poems—playing the long game, playing for longevity—had been pitched to the immortal dead.

Plus, it had gotten easy, banging out the 1,200-word “take,” a word more spat than said. Writers should be wary when writing starts to feel easy. “No tears in the writer, no tears in the reader,” said Robert Frost. It’s a worn saying, but a solid one, too, like some ancient monument many hands have passed over.

By the spring of 2017, it had begun to occur to me that it might be time to try something harder, something more ambitious than short lyric poems (which I wasn’t writing anyway) or ephemeral prose.

Pale Fire provided a model: a long poem, in heroic couplets, that delivered a compelling story. Nabokov’s 999-line masterpiece had plenty of poetry: a pair of scissors is a “dazzling synthesis of sun and star,” a winter is “scrape-scooped away”—but it was also unfashionably linear, conspicuously coherent, and clear as a tumbler.

The long poems presented to me in university—The Waste Land, The Cantos,The Maximus Poems—were defiantly unreadable: fragmentary, allusive, evasive. They had their moments; indeed, the dispensation of moments, pottery shards of perception, was often the point. But the shards rarely fit together, and the poems seemed to exist to be explicated, not enjoyed.

The splendidly functional couplets of Pale Fire, on the other hand, calmly, firmly carried me along:

I love you when you’re standing on the lawn
Peering at something in a tree: “It’s gone
It was so small. It might come back” (all this
Voiced in a whisper softer than a kiss).
I love you when you call me to admire
A jet’s pink trail above the sunset fire.
I love you when you’re humming as you pack
A suitcase or the farcical car sack
With round-trip zipper. And I love you most
When with a pensive nod you greet her ghost
And hold her first toy on your palm, or look
At a postcard from her, found in a book.

Nabokov has pulled off a lot in these 12 lines. He’s completed his couplets, which furnish their music but aren’t so noisy they can’t fade into the background. He’s also contrived some first-rate poetic images—“round-trip zipper,” “sunset fire”—while engineering a believable, likeable character, a feat any novelist ought to envy. And he’s consolidated the reader’s interest in the character by hinting at some domestic tragedy.

But the poem remains (to flog another Frostism) a future largely not taken. Few poets have followed the example of Pale Fire, with its effortless couplets and engaging narrative—perhaps because it’s not quite a real or official poem. Nabokov’s couplets, after all, are a means to an end: a means to endnotes, authored by a fictional scholar. And it’s the endnotes that make up the bulk of Pale Fire’s page count; the ballooning endnotes, the true point of the book, conceal a novel.

Put another way, the poem isn’t a pure product of the poetry world. It’s a work of art, to be sure, and better than much of what the poetry world produces. But Pale Fire is also an outlier, just quirky enough for its example to be safely ignored.

But I couldn’t ignore it. And by the fall of 2017, I’d composed the first chunk of what would become Forgotten Work. Nabokov’s poem was about a poet. Mine, too, was about a maker of music—an indie band. When the story opens, the band is rehearsing in a garage and brainstorming a name for itself. Thus I had the makings of my very own bildungsroman. The chunk was even (check!) in heroic couplets.

But recklessly, on a whim, I decided to start the next section 30 years in the future. My verse novel wouldn’t be about the band, after all; it would be about the band’s cult following. What’s more, I decided each chapter would reboot the story and focus on a new character, perhaps even further into the future. In other words, with each new chapter, I’d have to establish a new setting, a new set of motivations, a new conflict, a new technological context—all the while ensuring that (a) each line was bopping along in iambic pentameter, and (b) the word at the end of each line had its mate.

It seemed important to make things hard for myself. Not hard in, say, the Oulipian sense; I’ve never been drawn to the elaborate restraints that some poets make a fetish of (e.g. “Write a poem in which every other word starts with the letter ‘Z’!”). But I had a sense that if I could clear the hurdles I’d arranged, the book would take care of itself.

The rhyme scheme, it turns out, was a constant collaborator. Completing a rhyme tended to nudge me, and the book, in unanticipated directions. Often, the nudge was negligible, and the book, like an aircraft carrier, barely shifted. But much like a character in some sci-fi story—who goes back in time, displaces a pebble, and returns to the present to find everyone now sports plumage—a rhyming poet’s seemingly minor, local choices can ripple out and wrinkle the rest of the work.

Early on, I describe the taste of Hubert, a snobby English student circa 2037:

Hubert loved looking back. He’d waved off eye
Replacements; Hubert had a glasses guy
Who sourced assorted old-school gear for old
Souls and their skulls. His frames were bold,
As quaint as whalebone corsets, hunting foxes,
iPhones, and those primitive Xboxes
That weren’t implanted but, instead, sat on
Your furniture. He loved the off-brand dawn
His window ran, recorded when the sun
Could still be seen. He loved such stuff as Fun
House, Horses, Astral Weeks, The La’s, Pet Sounds,
Thomas Disch’s essays, Ezra Pound’s
Translations…

Which came first, the “foxes” or the “Xboxes?” I don’t remember. But I do remember having no clear sense of what it meant that the sun could no longer be seen; I just liked the sound of that “off-brand dawn,” and anyway, I needed at least the “dawn” because the Xboxes of the future no longer sit “on” furniture. (You can start to see how the rhyme scheme wasn’t just a collaborator; at times, it was a dictator.)

The verse novel liberates poets from waiting around for lightning bolts.

Now, the impact of the “foxes/Xboxes” rhyme was microscopic and more or less contained to the passage above. But it turns out that that missing sun, a throwaway prop, would throw its shadow over the rest of the book. After all, and as I discovered a chapter later, humans of the future have been careless. They’ve teleported so much trash into the exosphere, the trash has cohered into a cloud and come to obscure the sun.

For several years, writing my verse novel, there was always something to wake up to: a plotline to advance, a character to add flesh to, another couplet to complete. Like an AI come into consciousness, Forgotten Work came to write itself.  What a relief this was. I noted, above, that I’d wanted to try something harder, something more ambitious than the short lyric poem. But I’d be terrified to attempt a short lyric poem now. Where would I even start?

The verse novel liberates poets from waiting around for lightning bolts—there’s too much work to do! It also opens us up to poetic opportunities we might not otherwise realize we have. At one point in Forgotten Work, I explain a robot dog:

White but flecked
With grainy dots, the Shiba was a plastic
Model that could stretch and turn elastic,
Or press through a fence, its body bulging
Forth as Play-Doh worms, the fence divulging
Dog.

I love short lyric poems; I fall before Daniel Brown, Kay Ryan, Robyn Sarah, and Samuel Menashe. But I don’t know how I’d ever have gotten to an image like that “body bulging / Forth as Play-Doh worms, the fence divulging / Dog,” if I’d been writing the regular kind of poem, and not mulling over the makes of robot dog available in the 2050s.

“I became a journalist partly so that I wouldn’t ever have to rely on the press for my information,” said the late Christopher Hitchens. I sometimes harbor a similar thought when it comes to poetry. The stuff I want to read simply isn’t the stuff most poets are offering up (not enough robot dog, for one) so I have to mint it myself. This is why I write less and less about poetry these days—you’re welcome!—and also why I can’t stop reading works like Pale Fire or, say, Don Juan.

Written in the 19th century, Byron’s proto-verse novel strikes me now as more modern than The Waste Land (than most poetry, really) even if it’s less useful to the professor who has 50 minutes to fill and needs something sticky to explicate. It’s faster, funnier, more energetic, more violent. More readable.

I get that I sound like a hopeless crank. Still, I can’t help but think that the future of poetry, or one future for poetry, can be found in the past, in works like Pale Fire, Don Juan, and The Golden Gate, among others (though not many others!). As another hopeless crank, a character from Forgotten Work, reflects in iambs:

The futures we prefer have long since passed.
Tomorrow is interred inside the past. 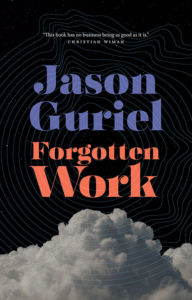 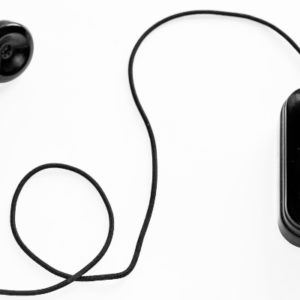