Turning Thirty in the Shadow of Dracula’s Castle

The trip to Transylvania with my mum and sister was a 30th birthday present, hanging on the persisting joke I am a goth because of my dour affect and the fact that I always wear black. They had contemplated one other destination, St. Petersburg, on account of a formative preoccupation with Rasputin. I guess I am kind of a goth.

Transylvania is known for its tree-speckled mountains, its parochial Medieval towns and of course, for Dracula. We were to stay in Brasov, at the foothills of the Carpathian mountains. You need to get the bus to nearby Bran for the really heavy vampire stuff: kitschy fang keychains and red food coloring dropped into your beer.

We arrived in Romania a few days before my birthday, flying into Bucharest. We then took the train to Brasov, stirring honey into tea at the station and buying paper bags filled with pastries for the journey. It was the morning and the fir-lined mountains were resplendent in the sort of absurdly bright light that comes from it being very early and cold. We had a cosy compartment, despite my Polish grandma warning us that in Eastern European train compartments, you are very likely to have your shoes stolen.

I’d been looking forward to turning 30 for the majority of my twenties. I was certain turning 30 would signify a fundamental change; that I would fully lean into myself and become the person I was supposed to be. But something had gone terribly wrong. A month earlier I’d developed tinnitus and far from blossoming into the spry doyenne I felt roundly entitled to become, now I just wanted to die.

I’d developed tinnitus the same night I found out I’d been offered my first book deal. I came home from some celebratory cocktails with friends and fell asleep a little drunk thinking: my life is going to change. I woke up a few hours later with a ringing in my ears that has not yet gone away. Now that is some irony.

The word tinnitus comes from the Latin tinnire; which means to ring. And that is what tinnitus is: a constant ringing in the ears. Some people experience a dense hum or pulsating click and it can be low pitched or high pitched. Some describe it as being stood next to the engine of a plane or caught within a colony of flying bats. Mine is not very loud. A hiss like television static or the resonance of the ocean—which sounds much nicer than it is. It usually appears from nowhere and mostly never goes away.

My days became characterized by suicidal ideation and nerves. Life felt long and hard. It seems absurd to be so troubled by what is essentially an annoying sound; but its inescapability and totality is maddening. I was hoping the trip to Transylvania would at least distract me; distract me from the sound in my ear, distract me from thoughts about death. What helped was our first morning spent hunting for a pair of sturdy shoes for my sister, as is a staple of any of our family holidays: crisis managing my sister’s insensible shoes. We visited every shoe shop in town and I watched in despair as she gazed indecisively at an endless parade of heavy boots. Frustration is a good stand-in for depression, and it was nice to want to scream at something not coming from the inside of my head.

There isn’t a huge amount to do in Brasov. We ate dumplings drenched in sauce; soup served in the hollowed-out middle of a loaf of bread. We took the funicular into the Carpathian mountains, feeling the brightness and heat of being that little bit closer to the sun. We found paw prints in the snow the size of our palms. We drank a lot of tea, often in flavors strange to us: white chocolate and candy floss. There was an ice rink which played “Private Dancer” by Tina Turner to the exclusion of all other songs, just “Private Dancer” on an endless loop. I skated (shuffled) around solo; my mum and sister watching from the side. There is a bear sanctuary a short drive from the town where you will discover bears are still used in circuses, kept in rusted cages. That what they really like is ice-cream.

One of the more unusual things about Brasov is that high in the hills that surround the town, you can see a Hollywood-style sign, spelling BRASOV in enormous white lettering. We’d sip coffee in the central square, wrapped in the felt blankets you’d find draped over the back every chair, marveling at this incongruous concession to gauche—talking about the sort of things you talk about on family vacations: old Christmases, BBC crime dramas, debriefing on the fluctuating condition of our respective bowel movements. We also talked about the deteriorating state of my mental health. “This is the third time you’ve gone completely bananas,” my mum confirmed. “The third time.”

The morning of my 30th I lay in bed listening to the fizzle of brown noise, a setting on a sound-generating app I was using to drown out my tinnitus in order to sleep—named after Brownian motion, the random movement of particles in a liquid. I still felt anxious. My skin hummed like the sonorous vibration of a tapped tuning fork, but I no longer felt wild. I breathed and thought about how Sleater-Kinney had reformed and released their new record on this day, my 30th birthday—evidence of divine intervention if ever there was.

We spent my birthday in Bran, a one-hour bus journey from Brasov; home to Bran Castle and with it, to Dracula. We wandered around Bran before visiting the castle. A wolfish dog started following us, seemingly obsessed with my mum. As we ducked into shops selling vampire-shaped ceramic mugs and “blood” red wine, the dog waited for us outside, meekly tailing behind my mum. It was a weird thing to happen at the home of Dracula.

Bran Castle is reassuringly as you imagine it should be: built on a rocky bluff jutting from a mountain, with Medieval turrets and a winding path dense with foliage. Disappointingly, we learned its links to Dracula are tenuous. There is no evidence Bram Stoker was even aware of the castle; and it’s ties to the alleged inspiration behind Dracula, Vlad the Impaler, are tangential. It is thought he only passed through the castle a handful of times. It now acts as a museum displaying the furniture and art collection of Marie of Romania—the last Queen consort of Romania and wife of King Ferdinand I. The rooms are fun and spooky. We read about the furniture. We were also in luck—because there was a temporary exhibition about Medieval torture devices. We saw a Virgin of Nuremberg: a seven-foot device into which the victim is forced, then strategically spiked through their vital organs. There is an Iron Chair: liberally festooned with spikes, in which the victim is seated. It was a strange way to spend one’s 30th birthday.

That evening we celebrated my birthday with enormous bowls of spaghetti at the only Italian restaurant in town. Everyone was smoking. All of the customers were smoking. We were smoking. Even the staff were smoking; the waitress leaving a cigarette perched on an ashtray in between trips to the kitchen. If you have ever visited Eastern Europe you will be aware of the pleasing lack of ceremony attributed to customer service. It was a good night and I didn’t really drink enough wine to get drunk, but that was fine. We went back to the hotel and piled onto the bed to watch Into the Woods, the only film on a USB loaded with films I thought my mum would like, that actually worked. It was absolutely terrible. I felt cosseted by love. Not a soft or gentle love but a firm one; solid as a fucking rock.

We went back to the airport via a quick stop in Bucharest. We wandered around, not really doing anything in particular, not aiming to see anything, just walking around the shops and cafes. I ate the first meal I was actually confident was vegan. My mum spent ages looking at jeans. Back on the street we saw a lady outside her home wearing nothing but a thin Manchester United dressing gown and a pair of slippers. It was freezing. I’m from and live in Manchester. My family are Polish and I was back in Eastern Europe—a place I’ve always associated with not making a fuss. It was a weird bleeding of worlds and I felt suddenly ready to go home; ready to be in my thirties, comfortable with the thought of being left alone. I’d not been thinking about death or dying; it is possible the trip had exorcised my gothic tendencies. It is possible that love can save you. It is also possible my anti-depressants had kicked in.

Earlier in the trip we walked through the mountains. I walked on ahead of my mum and sister; and for a moment, I couldn’t see them when I looked back. I was surrounded only by recently settled snow. There was something about the white of the snow and the ringing in my ears. Tinnitus is often described as experiencing a white noise, and white is an achromatic color: a color that isn’t really a color.

Lara Williams debut novel, A Selfie As Big As the Ritz, is available from Flatiron Books.

Lara Williams is a writer based in Manchester, England. Her writing has been featured in The Guardian, The Independent, Vice, the Times Literary Supplement, McSweeney’s, and elsewhere. She will be featured in Best British Short Stories 2017. She writes and teaches Creative Writing at Manchester Metropolitan University. A Selfie as Big as the Ritz is her debut. 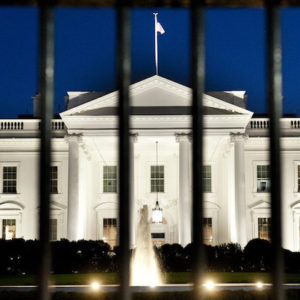