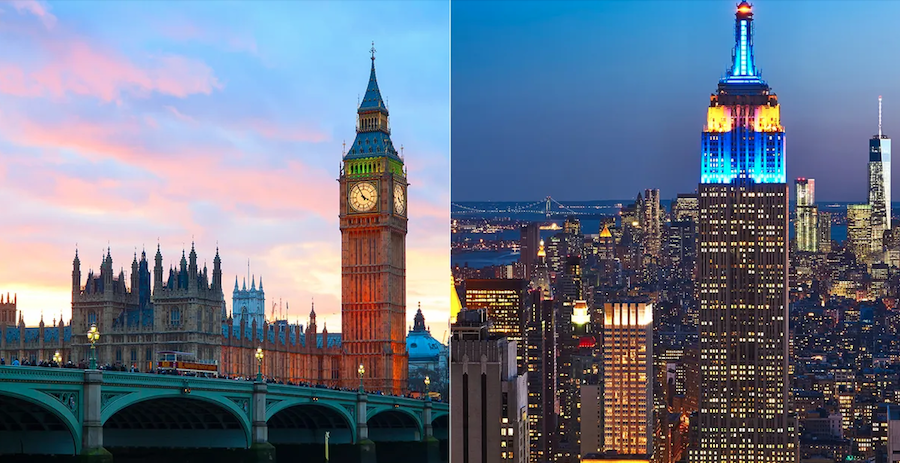 I have written in bars, in parks, in theaters between acts of plays, on night buses and in subway cars, in rooms that have been mine and in the bed where I sleep now, in hotels, in other people’s houses, on planes, in barns, at desks, near cliffs, on the banks of canals. This is by no means an exhaustive list.

A writer can be obsessed by the question of where to write. On the one hand, she needs an intimate understanding of a place in order to make it real on the page. But she also needs to dissociate from her actual surroundings so that a story’s setting can appear in her mind in full detail. Joyce wrote his Dublin in Zurich, Trieste, and Paris. Proust wrote his Paris in Paris, albeit in a cork-lined room. It is often recommended to maintain a boring garden shed, or to put your desk against a wall.

I was born in New York City and moved to London in the fall of 2012. Before long I was convinced that I was home. My phone autocorrected flavor to flavour and organize to organise and center to centre. I had close friends and had seen all of Peep Show. I liked gallows humor and clouds. But I did not like to be teased. I could be awkwardly effusive. I did not pick up on fleeting ironies. On one occasion I brought too many cookies to a friend’s birthday party and the likely cost of the cookies was briefly a subject of lighthearted conversation. I did not understand the nuances of class in Britain. “Neither do we,” a friend said, but he at least knew what to bring to parties.

I had an idea for a novel: a woman’s partner leaves her, and so she begins an affair with his 19-year-old son. I wrote a few scenes, and every few months I reread and tweaked them. But when I tried to move the story forward, an image appeared to me: the father in a room, sitting in an armchair, looking to the side, his face slightly downcast. The room was full of burgundy furnishings and books, and there may have been an old-fashioned globe, the tan-colored kind, on the bookshelf. The young man was sitting elsewhere in the room, but I could not see him. He and I were both waiting for the father to speak.

Back in New York I was both a native and an outsider. I felt lucky; I thought both perspectives would help the novel.

The father never spoke. I had never heard an English person talk to another English person without an American present and so I could not write an English father’s private conversation with his son. I tried moving that room to the Upper West Side, and the characters started talking, now in accents like mine. I started to think I might need to move back to New York.

Places are collections of possibilities. In fiction, their constraints shape narrative: if you have a riverbank in your story, the secret lovers can arrange a tryst there; in order to hide from nosy picnickers, the lovers may jump into the rushing water and drown, or later die of hypothermia. If there is no river in your town you will have to find another way to off them. If the picnickers go to the post office to share the news, you will need a post office nearby, and if the scene is to be compelling you will need the colors of some stamps, the layout of the room, industrial flooring, government logos, metal or plastic shelving, post office boxes and people opening them, bubble envelopes. The details of place make the story feel real. When I thought of New York, I remembered metal grates in streets, a store with innumerable flavors of rice pudding, bars with tin ceilings, the green walls of a friend’s home.

But perhaps none of those details evoked New York as it was now. Going between my two cities, I had seen that they were changing in parallel, losing texture. I saw dozens of cranes at the London skyline and bemoaned all the luxury housing going up. I flew to New York to visit, and there were dozens of cranes at that skyline too. New York had Sweetgreens and Pret-a-Mangers and WeWorks; London had EATs and more Prets and around the same number of WeWorks. To write about any city in the 21st century was perhaps to write not about place, but about its erasure by the incessant encroachment of corporate power.

Life online elided place too, in the standardization and gloss of screens. At the London coffee shop where I wrote, my friends’ messages came into my phone as the same little blue or green bubble, no matter the provenance. Sydney and Berlin and Hong Kong and Edinburgh are right next to each other on Instagram, or can be; equally, Berlin can be next to Quebec. A friend’s living room in Cincinnati may adjoin a field in the French countryside. I spent much of my time in a shifting digital elsewhere. That would not change with the move back. Maybe the experience of New York would be the same: I’d be scrolling on my phone near some noise.

I was making progress on the novel, but there was something abstract and unfocused in my sentences. I told myself I needed to take the subway again on a daily basis, to shop for stationery at little stores downtown. I wanted to walk past Astor Place and see the big glass buildings that had gone up since I had moved away. In the afternoons I began to organize the belongings that had made up my home life for seven years. I chose what to bring with me—sweaters from kilo sales, a jewelry box in the shape of a die, a 1930s teapot I’d bought for £7 and promptly chipped—and what to give away. The movers came.

The novel was becoming indisputably American, and I heard the open road in its sentences.

Back in New York I was both a native and an outsider. I felt lucky; I thought both perspectives would help the novel. In the winter, I observed the shapes of snowbanks. While riding the G train, I noted the eerie quality of the electric light. I had seen the ad for Keano the psychic a million times before but now I paid attention to the shape of the eye in the graphic. I drove up the FDR to see the underpass, too familiar from childhood for me to remember with the precision I now needed. The city grew more vivid in the book, but there was a chunk of narrative missing, a section of story that would not come to me. I planned to go out to Long Island, because my characters needed to visit the lighthouse at Montauk, and I wanted to be able to describe the waves hitting the rocks, the expanse of the blue ocean stretching east.

The pandemic hit. I quarantined and wrote. At the height of the first surge, friends from London texted me, “How are things in New York? We saw photos online of the refrigerator trucks, the ones with the bodies.” I didn’t know anything beyond what was in the news. I was always inside. The writing was slow, but it began to move.

I wrote the Montauk scene based on drone imagery from YouTube. To set a scene in Central Park, I conjured from memory the sight of yellow cabs through the trees. When my characters walked further into the park, I double-checked the geography of the paths on Google Maps. I found that London, too, was present in my novel: a greater facility for irony, a new taste for restraint.

My characters drove out of New York. They visited national parks; they bought lemonade at gas stations; they did not know where they were going. The novel was becoming indisputably American, and I heard the open road in its sentences. There were cheap motels and wet heat and false promises, dilapidated buildings, dry fields, efforts at grace, lies and stars.

All this, while I faced the wall. 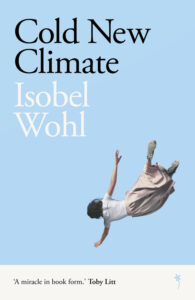 Isobel Wohl is a writer and artist from Brooklyn, NYC.

A Witness to America: On the 1964 Frank O’Hara and Mario Schifano Creative Collaboration 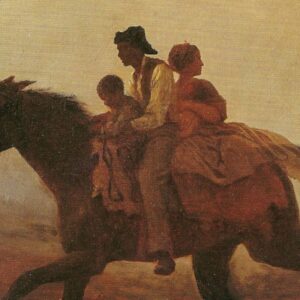