A Witness to America: On the 1964 Frank O’Hara and Mario Schifano Creative Collaboration

Via The Center for Italian Modern Art
By Vanessa Willoughby

In 1963, Frank O’Hara took a temporary break from writing and worked as a curator at the Museum of Modern Art in New York City. During his tenure, he met Italian painter Mario Schifano. Schifano was best known for his postmodern collages, which utilized a combination of advertising visuals, wrapping paper, and painted figures. The two creatives eventually collaborated on “Words and Drawings.” This joint effort featured text written by O’Hara and Schifano’s distinct style.

Now, this collaboration is showcased at The Center for Italian Modern Art’s new exhibition, Facing America: Mario Schifano, 1960-65. The exhibition is scheduled to run through November 13, 2021.

Below, curator Francesco Guzzetti shared the history behind the collaboration and explained the cultural context that shaped Schifano’s vision. 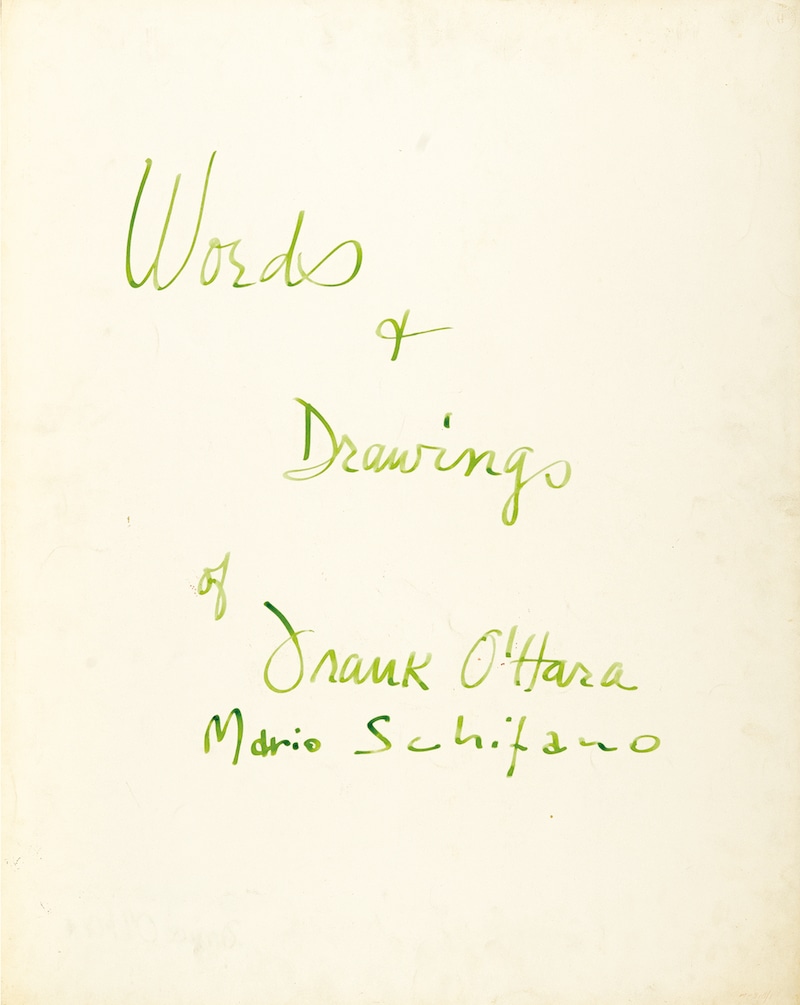 How did Schifano’s work inspire Frank O’Hara? What was it about Schifano’s art that allowed O’Hara to reignite and reclaim his creativity?
I can’t say exactly what in Schifano’s work inspired O’Hara. I think that particular kind of figuration, which was distinctive of Schifano’s painting at that time, could inspire O’Hara with its unique combination of painterly gestures and references to high and low culture and multiple sources taken from various aspects of society and culture at that time. Somehow, the references to Larry Rivers suggested by American critics and commentators reviewing Schifano’s solo show at Odyssia Gallery in New York, might also help understand how interesting Schifano’s work was for O’Hara. 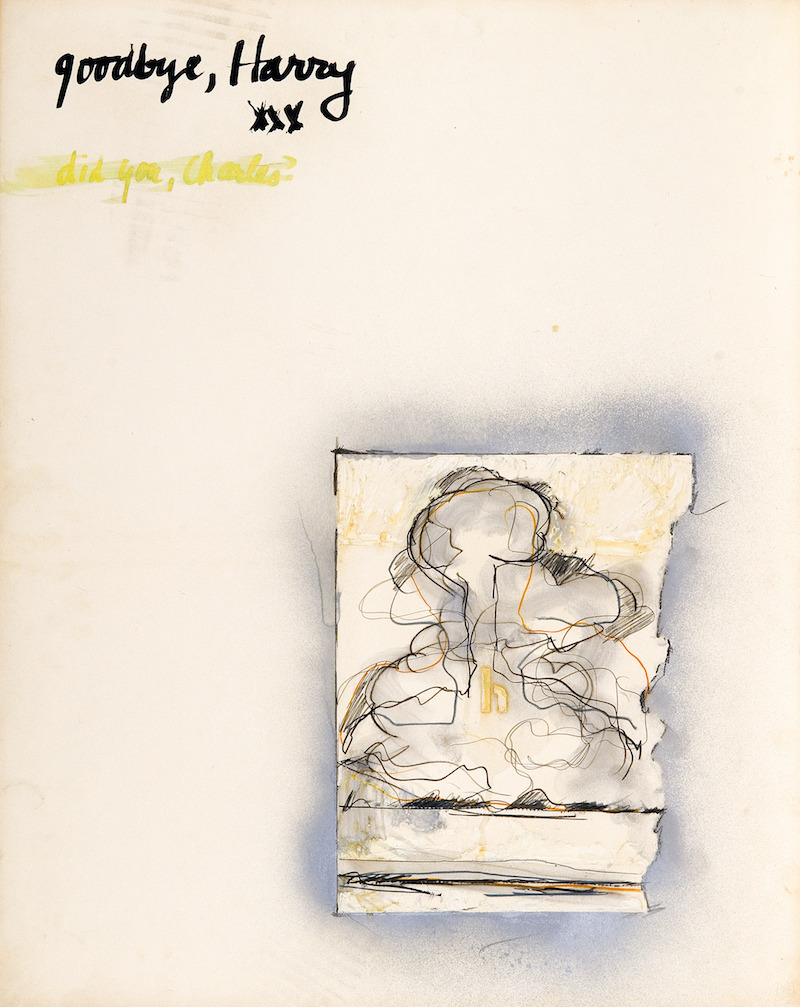 How closely did Schifano and O’Hara work together? What was their professional relationship like?
The two of them were neighbors for a few months in 1964, both living at 791 Broadway. It was actually O’Hara who introduced Schifano to many writers, intellectuals, musicians, and artists in New York, thus facilitating the artist’s encounter with the New York School and the art scene in general. 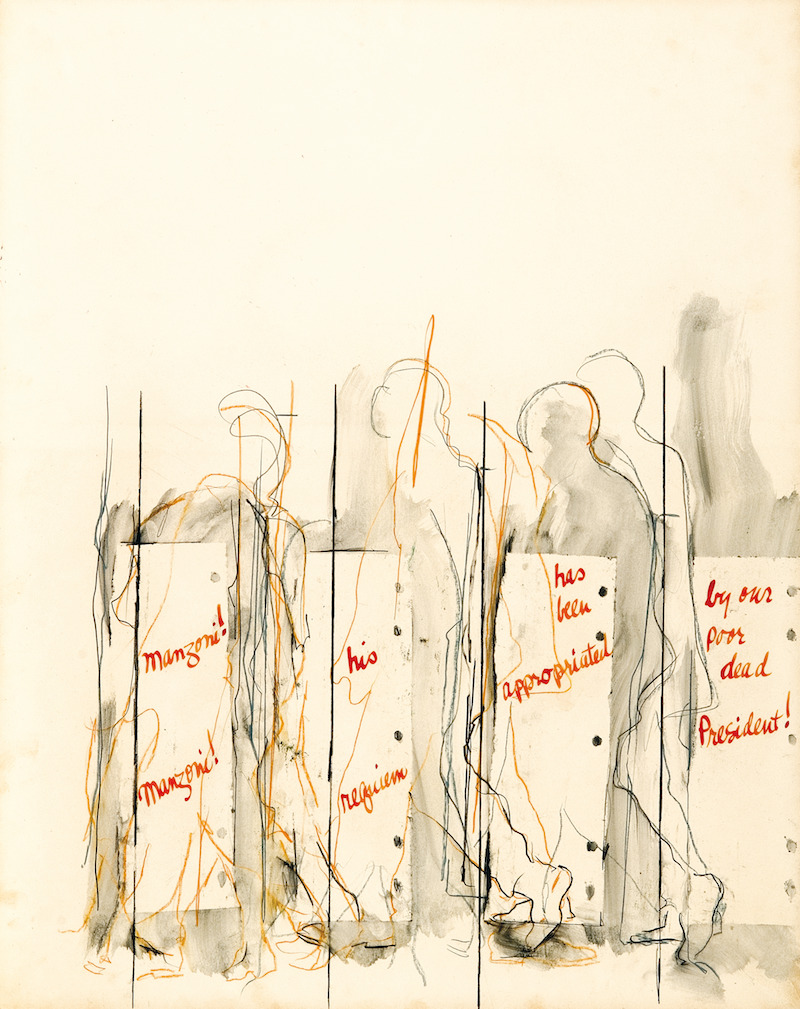 Are the poems featured in the exhibition ones that O’Hara had previously written, or were they created during his time as a curator at the Museum of Modern Art?
The exhibition at CIMA doesn’t include any actual poem by O’Hara. The exhibition features an extremely rare and outstanding work done by Schifano and O’Hara in collaboration while Schifano was in New York. Titled “Words & Drawings,” it consists of 17 sheets showing drawings by Schifano and texts by O’Hara. Images and texts seem to flow independently from each other at a first glance. But, at closer inspection, each sheet reveals the deep interconnectedness between words and images.

The mutual cultural backgrounds of the two authors resonate with each other, thus turning “Words & Drawings” into a sort of diary of the first experience of the United States by an Italian artist—Mario Schifano—as well as an ideal travelogue by one of the most acute and sensitive representatives of the complexity of the New York cultural scene at that time—Frank O’ Hara. 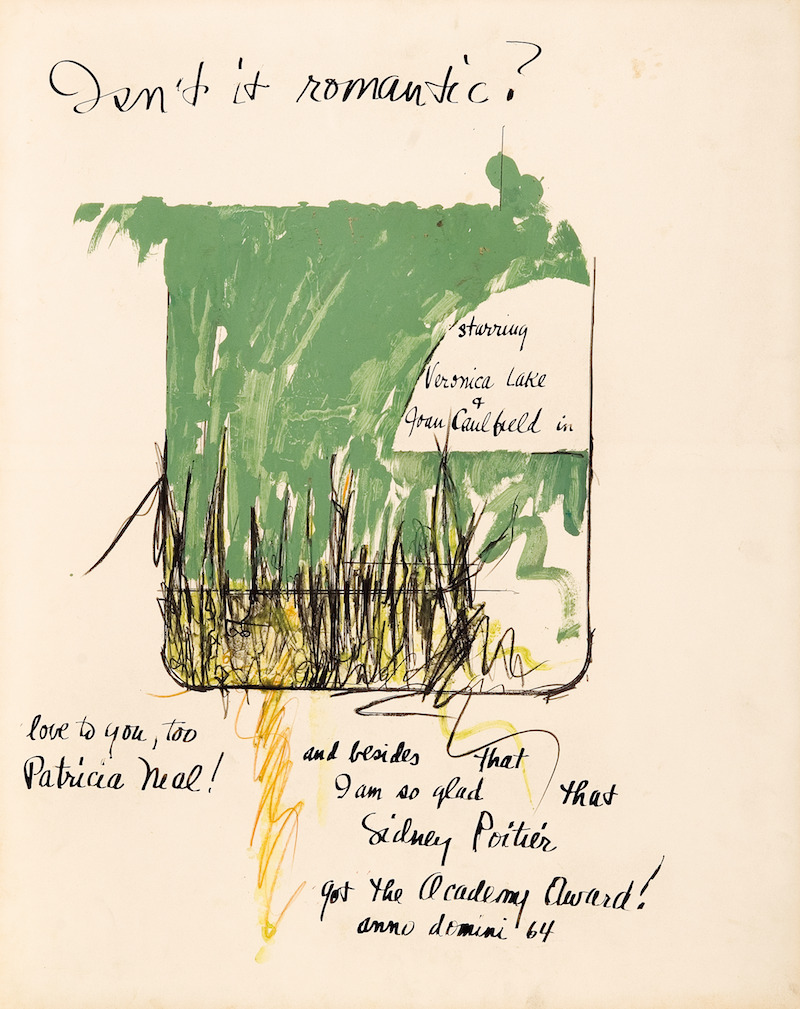 Evocations of landscapes, both imaginary and real, harsh references to the trauma of the war and dramatic political events, personal notes, literary genres, witty mentions of fellow artists and intellectuals, ironic homages recur through the sheets. Such a project actually resonates with other projects undertaken by O’Hara before then, such as “Stones,” the portfolio created with Larry Rivers.

The title of this exhibit is “Facing America.” What is the significance behind this title?
It’s a reference to Schifano’s attitude: his paintings always reflect the meandering path of his life. It’s an utterly honest, sincere, even barefaced witness to the artist’s interests and experiences. The artist’s early years, around which the exhibition at CIMA revolves, namely from 1960 to 1965, especially showcases the evolution of his approach to the United States. 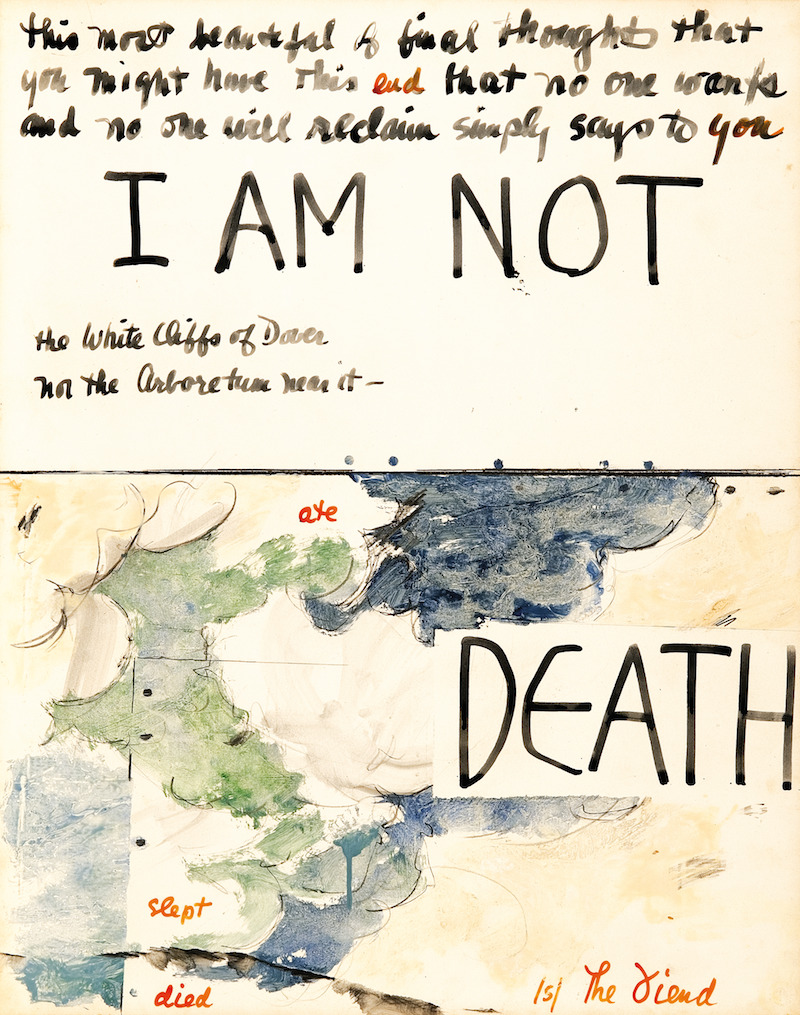 When he was still in Rome, America was a sort of a dreamy place, as typical of his generation: films, Jazz music, the American artists traveling or exhibited in Rome, all compose a multifaceted panorama of endless inspiration and possibilities for a young artist like Schifano. Growing aware of the actual complexity of American culture, and after the direct encounter with the New York art scene for almost seven months between late 1963 and the summer of 1964, Schifano returned to Italy somehow disenchanted and more aware of his own cultural roots and specific identity vis-à-vis the American art scene within which he felt he did not really fit. 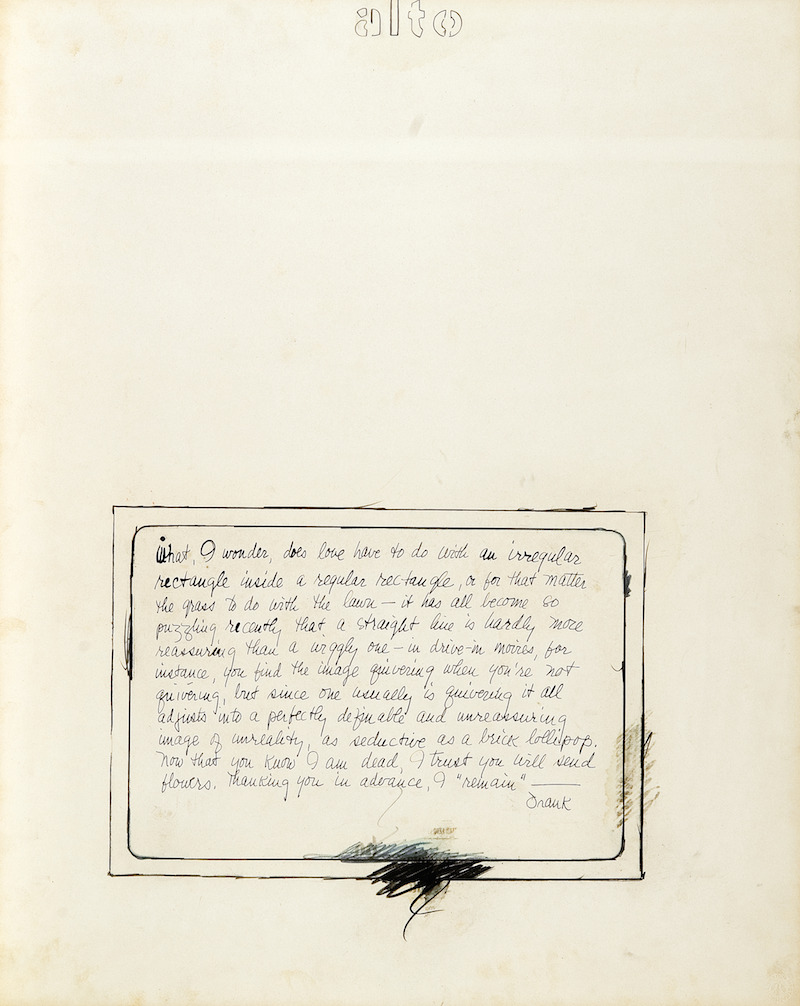 How does it speak to Schifano and O’Hara’s work, as well as the time period and the cultural upheavals of the 60s?
I can’t say that much about O’Hara, whose figure is evoked in the show only in relation to “Words and Drawings.” With regards to Schifano, it speaks to the artist’s distinctive evolution from the nonfigurative style of his early years, when the artist explored new ways to emphasize the materiality of the surface of the picture plane and even the physicality of a canvas as an object, to the figuration which would characterize his practice starting from 1962. Despite being associated with Pop trends, Schifano kept always investigating the tenets of painting, thus creating works that combine external references with extremely refined painterly gestures. 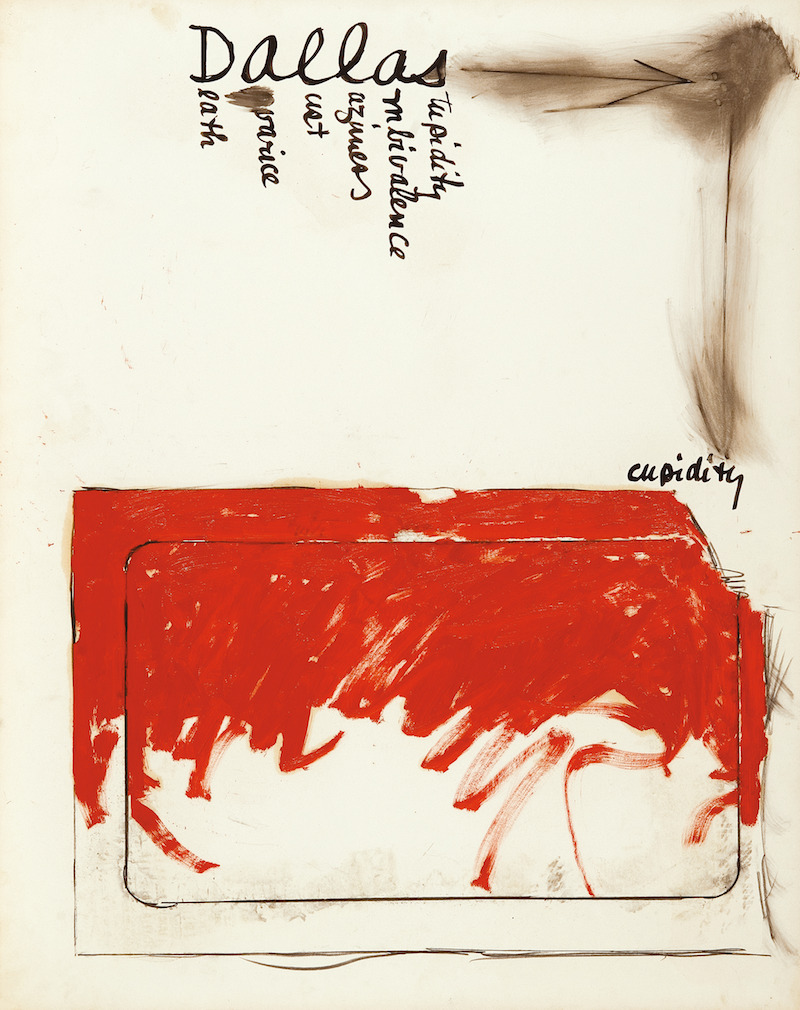 How did the New York art scene influence Schifano? How did life in New York change his perspective of modern and contemporary art?
As I said before, Schifano dreamt of America while he was still in Rome. Several connections linked the city with the United States in the 1950s and 1960s. Artists like Jasper Johns and Robert Rauschenberg were well known and widely discussed by Roman artists. Their work definitely served as a source of inspiration for Schifano and his peers. When in New York, thanks to O’Hara, Schifano realized how complex the cultural scene actually was. He got disillusioned and disenchanted about the myth of American art he had nourished before then, but he grew more aware of his own practice on the other hand. 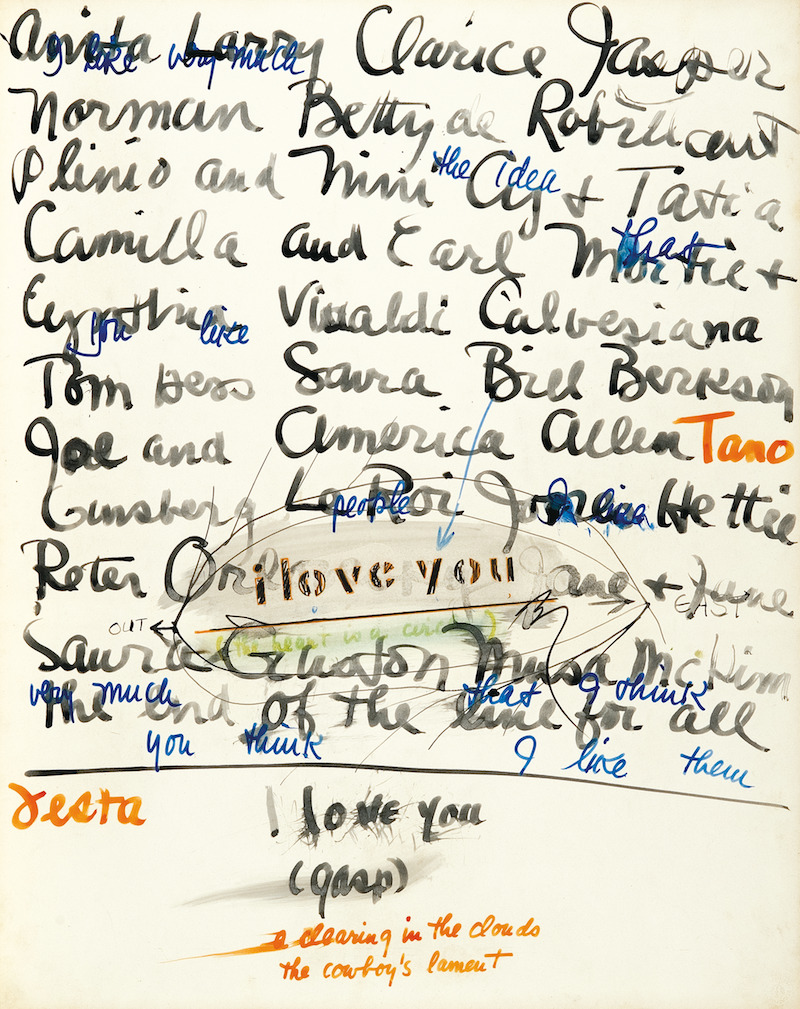 More significantly, the artist was absolutely fascinated by the underground film trends in New York: he went to clubs and theaters to see all the films by Andy Warhol as well as all the other experimental filmmakers presented at places like Jonas Mekas’s Film-Makers’ Cinematheque. The trip to New York marked the beginning of Schifano’s own experimentation with film, which would become a distinctive and remarkable aspect of his practice in the following years. He actually mounted footage recorded in New York into a film titled “Round Trip,” which is his first film ever, currently also on view at CIMA. 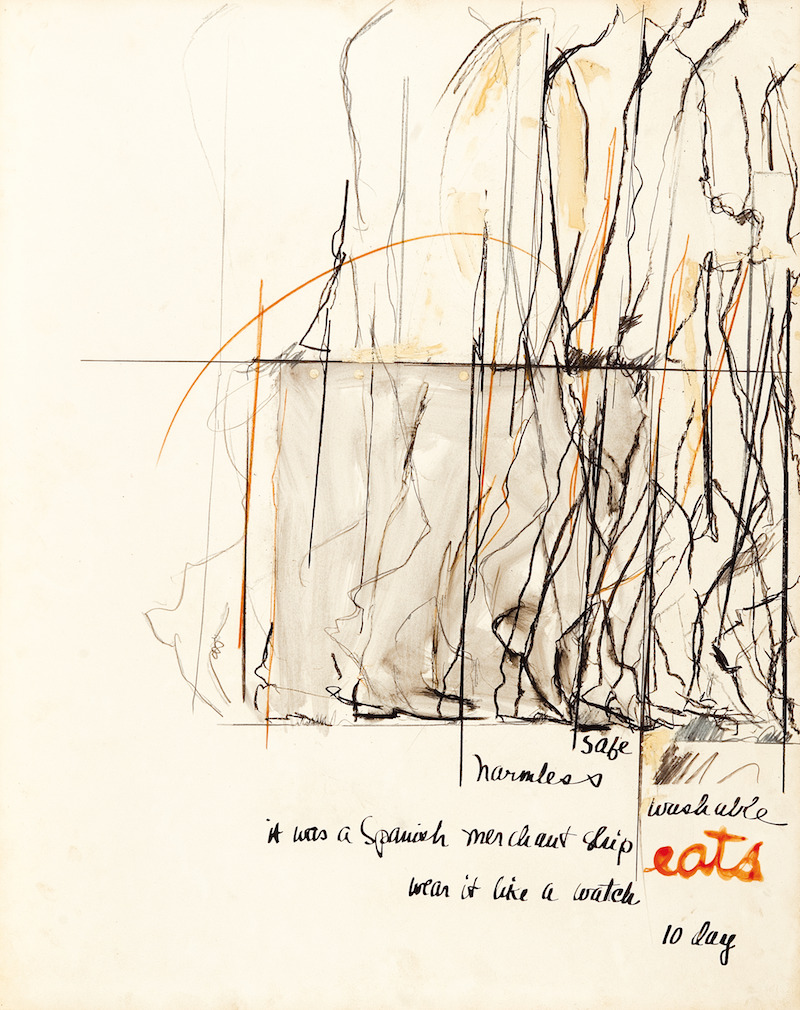 Why did you choose to curate this collection? Which piece spoke to you the most?
Curating this exhibition was a tremendous opportunity for me, to expand my interests in postwar and contemporary Italian art and the focus on its international connections and dialogue with American art, which have always been the core of my scholarship. 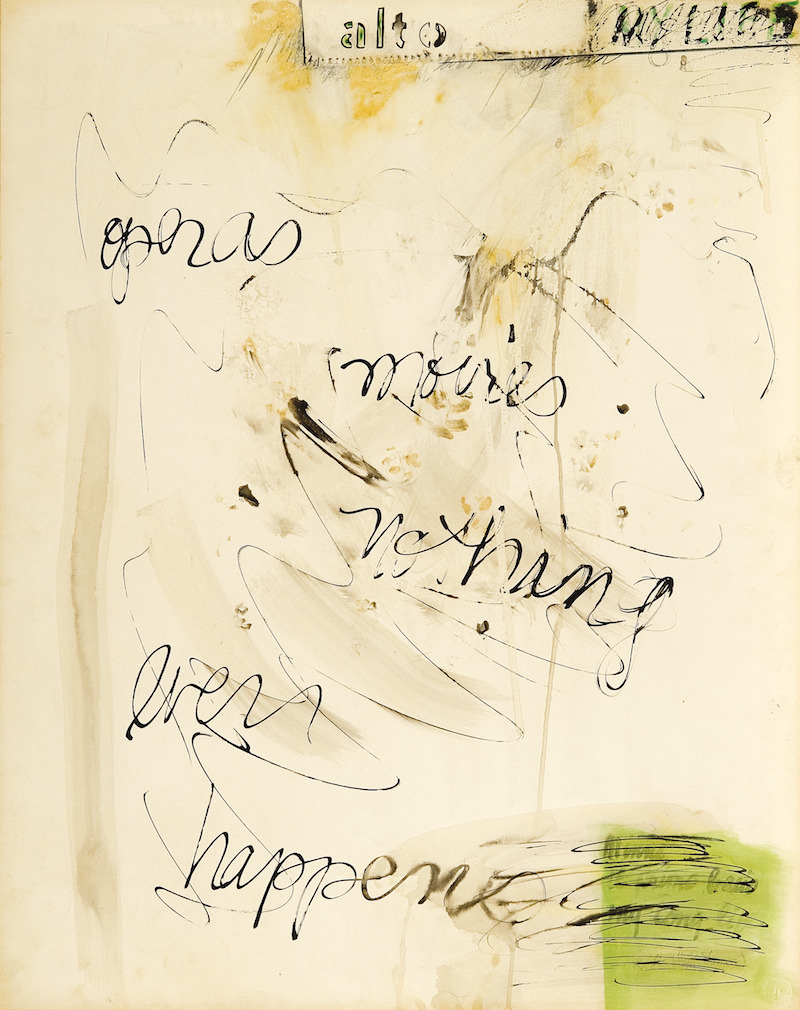 It’s hard for me to say which piece spoke to me the most: I love the artist’s early monochromes, there’s a multipanel piece titled N.3-4 which is a real treasure. But I also love the artist’s figurative works, and probably the painting “Ai pittori d’insegne” (To the Sign Painters) extremely fascinates me. I think it marks a moment of transition in Schifano’s development: made right after his return to Italy, “Ai pittori d’insegne” attests to the artist’s reaction to the New York art scene and feelings of being absolutely different from the latest trends in American art. 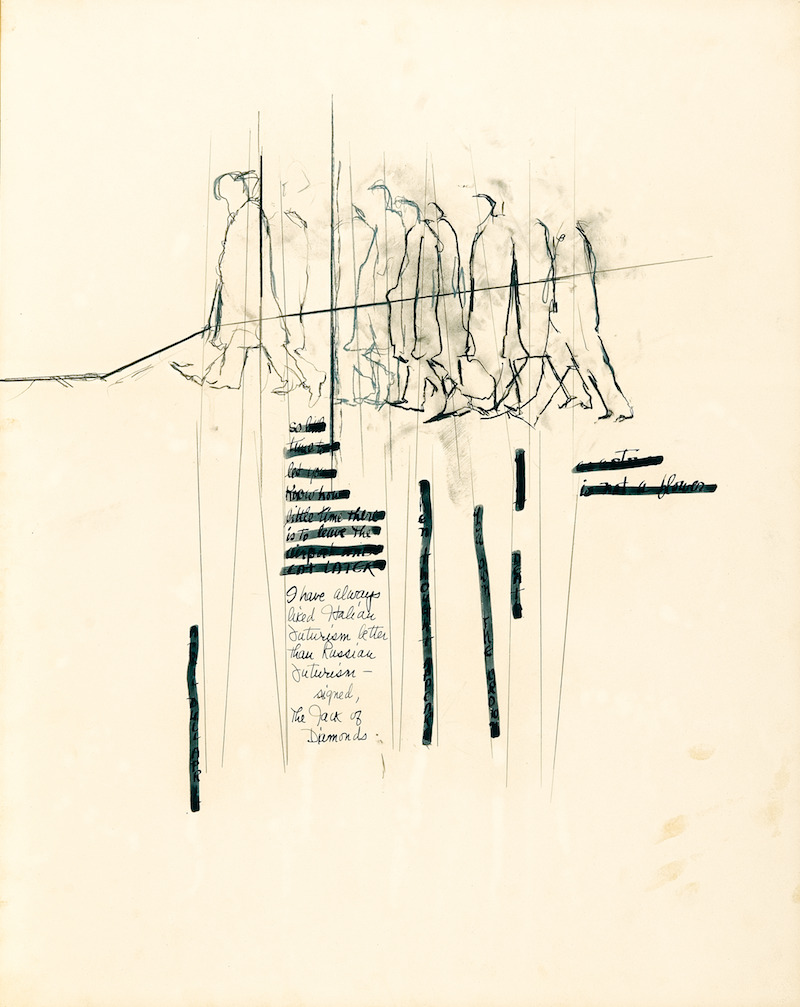 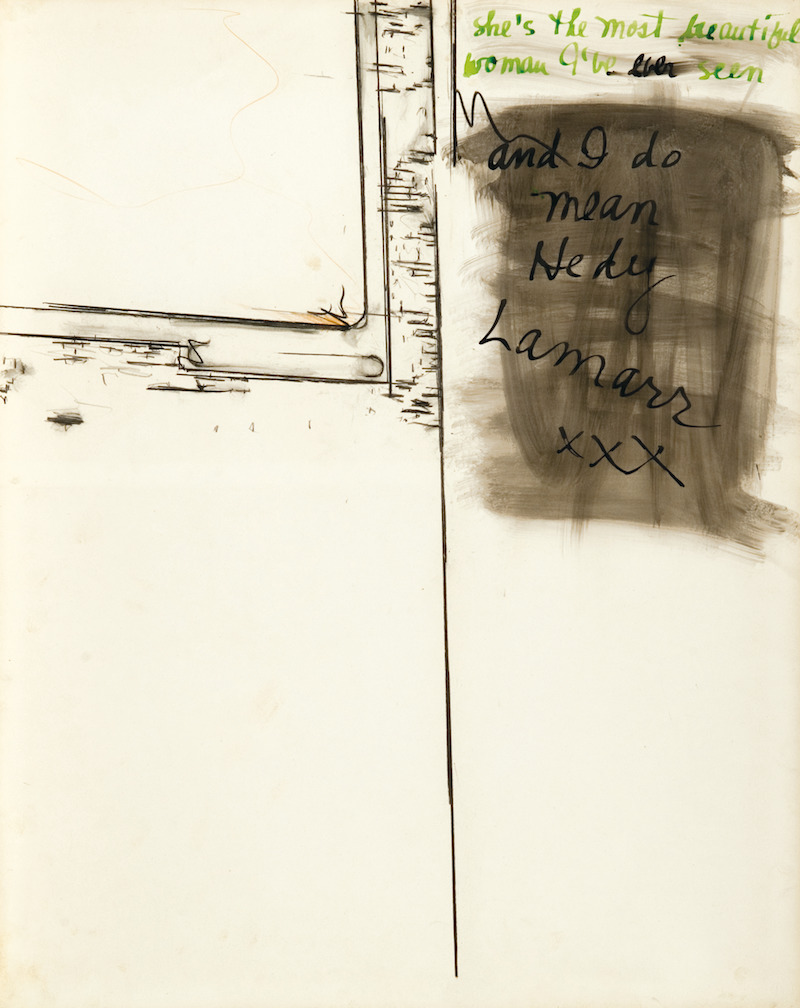 What else should people know about Schifano, O’Hara, or the exhibit?
The exhibition is the first institutional presentation of Schifano’s art in the United States. It’s a rather unknown figure to the American audience, but he is a true protagonist in Italian and international postwar and contemporary art. His work from 1960 to 1965 attests to the artist’s quality and historical significance, and also substantially enriches the multifaceted panorama of connections between Italy and the US. The exhibition aims to provide an insight into the artist’s early period and to demonstrate how deep and diverse Schifano’s dreams, expectations, knowledge, and response towards the American (first) and specifically New York (after) cultural and art scene were during those five years. 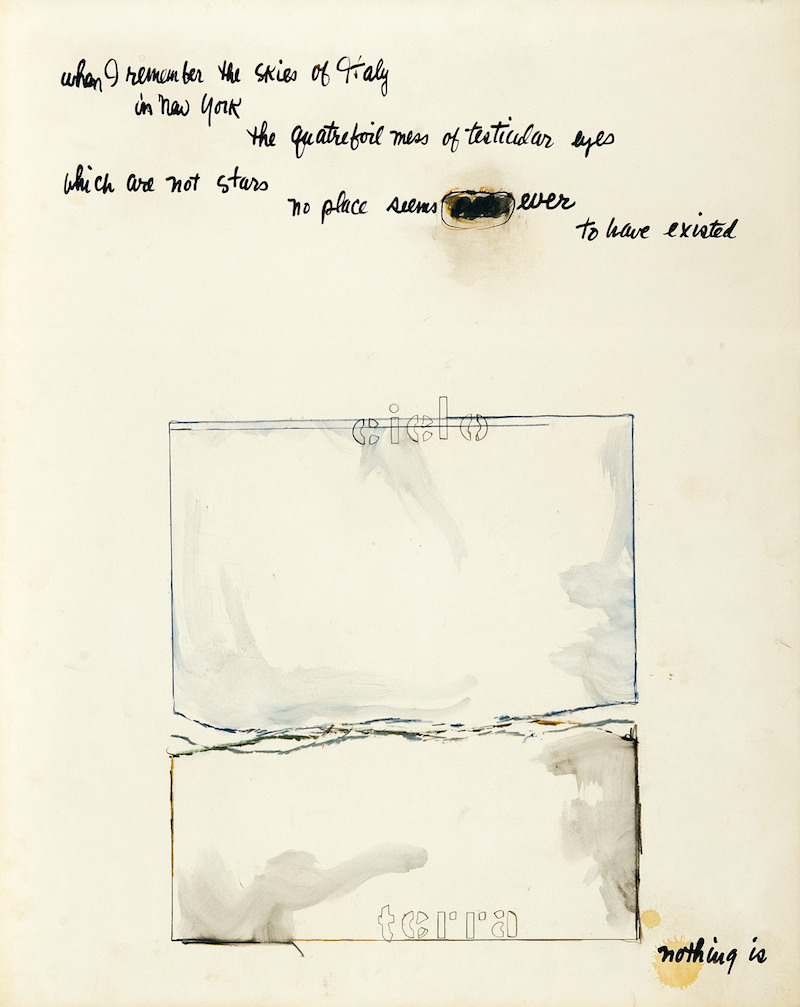 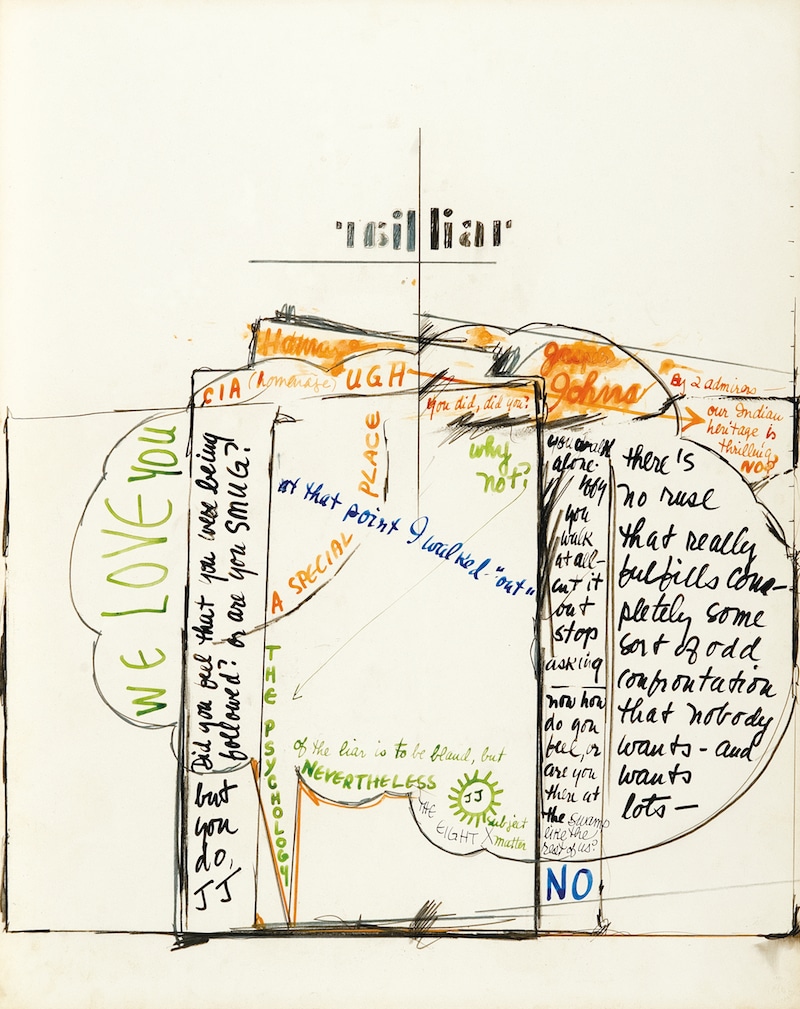 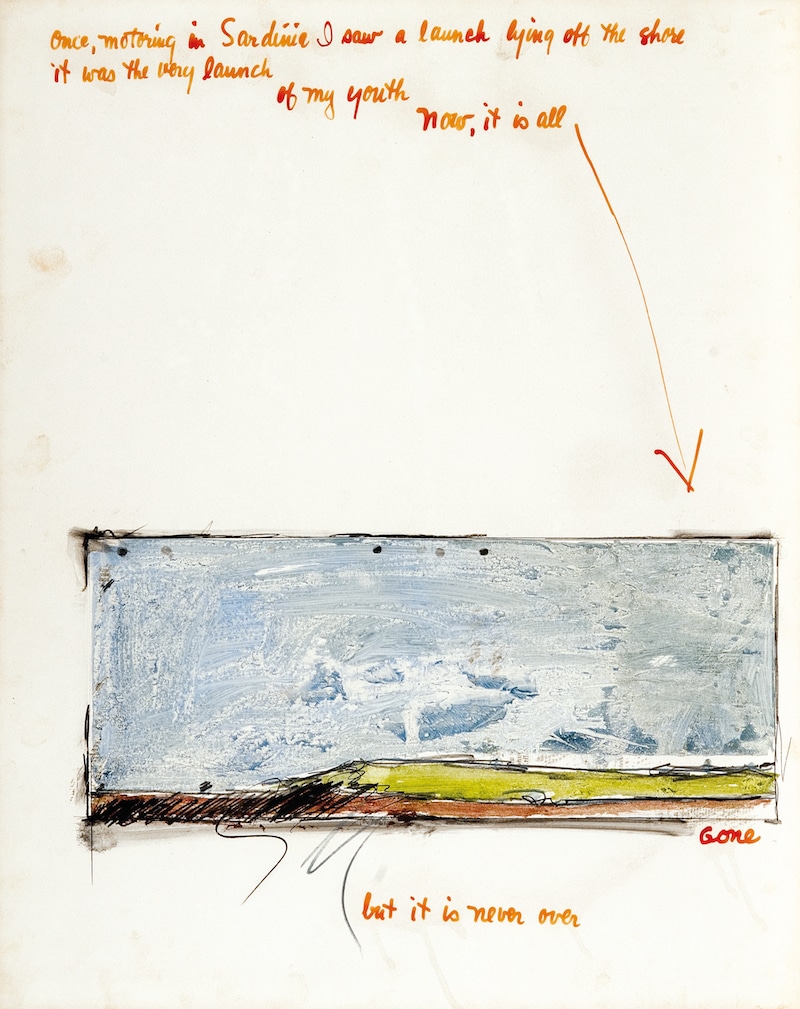 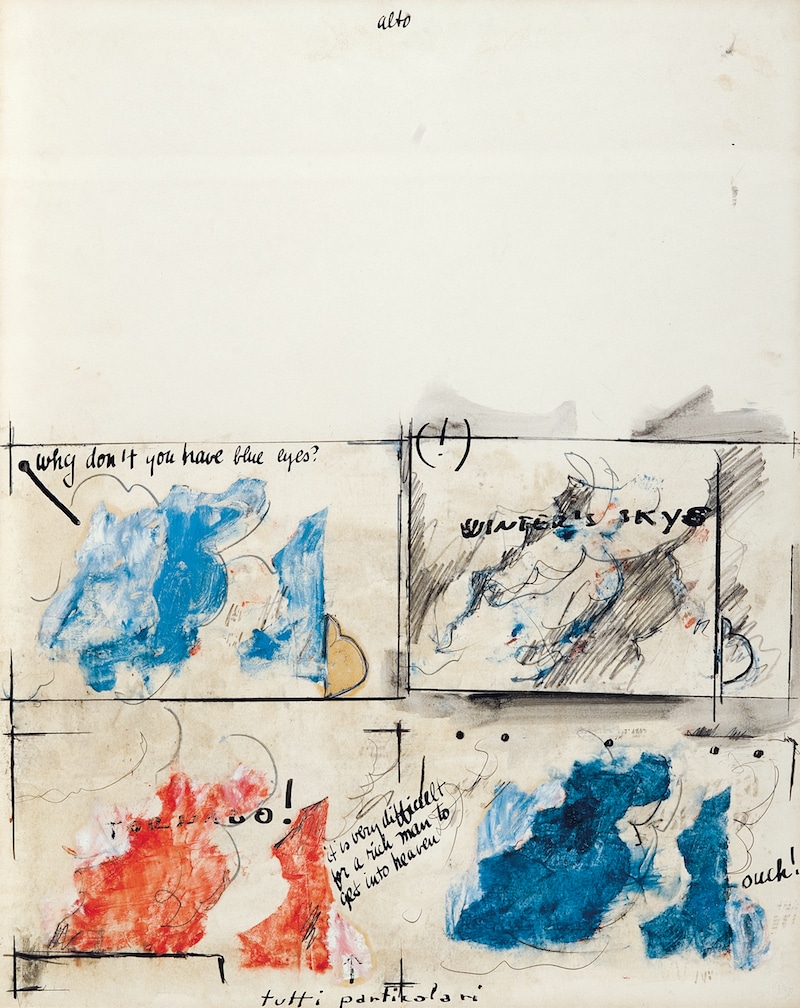 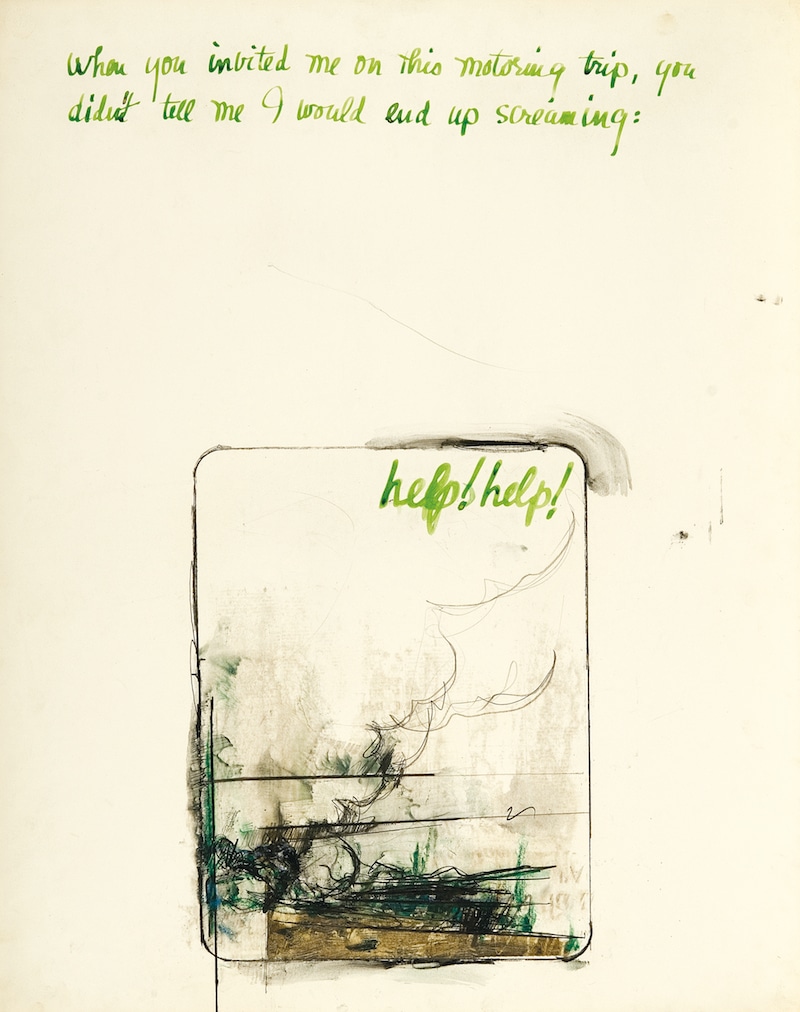 Vanessa Willoughby is the Assistant Editor at Literary Hub.

This Wild and Crazy Summer, Give in to the Chaos of Balzac 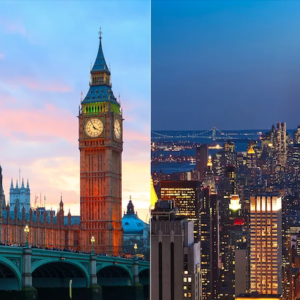 What Happens to Our Writing When We Lose a Sense of Place? I have written in bars, in parks, in theaters between acts of plays, on night buses and in subway cars, in rooms that have...
© LitHub
Back to top
Loading Comments...