via History of Literature

What Happened to the Classic Western? It Got Better

Jacke continues the Thursday Theme for November with a look at a genre that began in the 19th century and nearly dominated the 20th: the Western. What happened to western fiction? What was a “classic western” and why did it disappear? And what reinventions of the genre are happening now? Anna North, author of the forthcoming novel Outlawed, joins us to help sort through these questions, and to talk about a reimagined western she admires, C. Pam Zhang’s How Much of These Hills Is Gold.

Jacke Wilson: If I were to pick up a Western from the 50s, I’m sure there would be parts in it that would just make me cringe, either because the stereotypes would be so clumsy or there would be such an assumed kind of attitude toward Native Americans or people of color, or something else that would just make me cringe. Part of reading a contemporary work by a 21st-century author is hopefully that they will avoid that kind of cringe-worthy moment where they’re making these assumptions. But the other thing that is even better, I think, is that it adds these layers of complexity and you feel like you’re learning so much more, and you feel like you’re seeing things from a different way, and it just makes the reading experience that much deeper. It sounds like that’s what we could expect from a book like How Much of These Hills Is Gold.

Anna North: Definitely. When people think of a conventional Western, it’s like white dudes with guns and they’re shooting. And then if, for example, Indigenous people appear, they’re probably heavily stereotyped, they might be dressed in clothes they would never wear in that time period or in that place. They might be either a villain or they just get killed off. Other than that, it’s basically just white guys shooting each other, probably. I think the strength of How Much of These Hills Is Gold—and there have been a number of other books, and also movies and TV to some degree that have said, look, there was never a universe where it was just these white guys in the American West and then maybe an occasional supporting player that’s this heavily stereotyped Native American person. This has always been a diverse place. There were always tons of stories there, tons of different stories, tons of fascinating stories.

What you were saying reminded me of something that people say a lot about journalism, but I think it’s true in fiction too, around diversity and representation—that diversity and representation aren’t just a moral imperative. It is good and moral to have diverse books and diverse writers and diverse perspectives, but it’s also a quality thing. You’re just going to have better literature and a better literary canon if it is a more diverse one. That goes back to what you were saying about the richness of stories and the nuance of stories is that we just have a better, richer, more nuanced array of stories to read and look at, when we recognize that some of the stories that we were told. And I should own, as a white person, the stories that have been told by white people and valorized by white people, including white women, that these stories are not the only stories. And by contrast, perhaps they’re a very, very small part of the real story that’s always been going on.

Jacke Wilson: Right. People might think, oh, you update the Western genre, so here’s what you do. You have a woman who can drink the men under the table and she can shoot better than any of the men. She’s actually braver, and they make her sheriff. And that’s all you need to do. And instead, what we’re talking about here is something that’s much more historically interesting and realistic and just gives real layers of people of that time and how things actually were during that period.

Anna North is a graduate of the Iowa Writers’ Workshop and the author of two previous novels, America Pacifica and The Life and Death of Sophie Stark, which received a Lambda Literary Award in 2016. She has been a writer and editor at Jezebel, BuzzFeed, Salon, and the New York Times, and she is now a senior reporter at Vox. She grew up in Los Angeles and lives in Brooklyn. 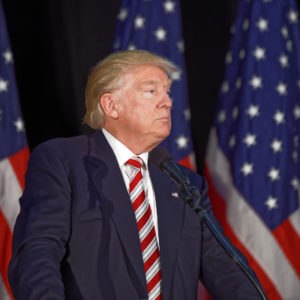