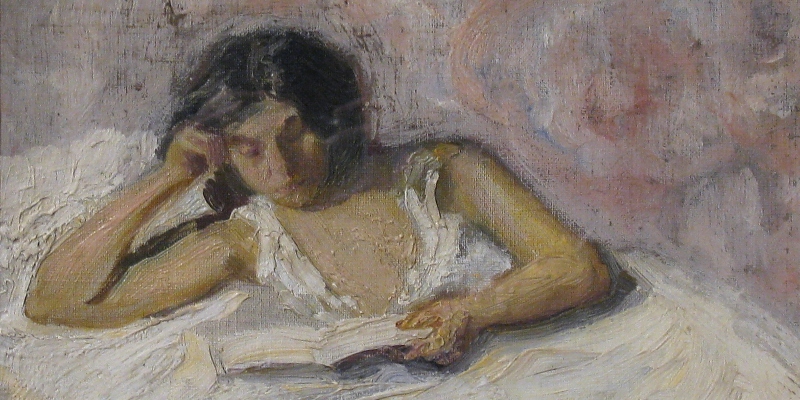 The way modern writers engage with a legacy is always interesting. There is a desire to honor while subverting, to draw influence while forging your own path. Our Late Greats episode asked writers to look back on work they loved, and the pieces that are shared: “The Song of Wandering Aengus” by William Butler Yeats, “I felt a Funeral, in my Brain,: by Emily Dickinson, “This Dewdrop World” by Kobayashi Issa, Blue and Green by Virginia Woolf, and “Dreams” by Robert Herrick—range in style, tone, and much more.

Some rhyme but many don’t. One is less than 15 words. One is actually two pieces combined. Some deal with love, others with death, and one both. The earliest comes from the 1600s, and the latest from 1921. What they have in common across the board is that they continue to speak to readers. At least a century after they were written (and for some, two or three centuries), each one of these pieces is someone’s favorite piece of writing, and continue to influence work written today.

Listen to the “Late Greats” episode on Micro.
Subscribe and listen in full, wherever you get your podcasts!

*
On “The Song of Wandering Aengus” by William Butler Yeats, read by Rachel Trousdale:

Kirsten Reneau: This poem was famously set to music over half a century after it was written, and now, over 100 years after its initial publication, you’ve chosen to read it here. I bring this up because it’s not like this poem has had a recent resurgence—it’s been and remains very popular. What do you think makes “The Song of the Wandering Aengus” so enduringly adored over time?

Rachel Trousdale: I think it’s for a few different reasons. First off, it’s so musical: tetrameter lines, rhymes that are strong enough to be easily audible but not so strong that they sound silly to ears accustomed to free verse. And it’s so visual: you can see the woods he’s walking in, and even the ambiguities (moths? stars? are the stars moth-like, or is it that the flickering itself is moth-like?) and magical images (apples? are those literal or figurative apples? are we in Eden? the Hesperides? Avalon?) are easy to picture. But most, I’m sure, because we want to see ourselves in the ideal—not the ideal of the “glimmering girl” he’s in love with, but the ideal of that faithful lover, outlasting time until he gets his reward.

I also think the popularity of the poem is self-sustaining. For me, “The Song of Wandering Aengus” is one of the first poems I ever knew. My dad has it memorized, and he used to sonorously recite it when I was a kid. It was a shock the first time I saw it written down; I really thought of it as an oral text. I’m sure I’m not alone in having that kind of inheritance-connection to it. I would love “The Song of Wandering Aengus” if I’d first encountered it when I started reading Yeats seriously as a teenager, the way I came to love the Crazy Jane poems. But I love it differently and more because of how that love is shared.

*
On “I felt a Funeral, in my Brain,” by Emily Dickinson, read by Amy Lyons:

KR: Emily Dickinson is well known for her choice in punctuation—the dashes, the commas, the capitalization. How did you take that famous punctuation into account when reading this poem for Micro, and what do you think is the importance of those choices in this poem in particular?

Amy Lyons: I’ll start at the end of the poem, because it has always been my favorite part. That final “then” is powerful because of the punctuation. Dickinson chose to offset it from the rest of the poem with dashes. Without the dashes, the narrator simply finishes “knowing” and that cessation of consciousness is a downshift. Without the dashes, there’s a sense of finality, a neat ending if you will. But with the dashes, “then” becomes a prelude, a casting forward into whatever mysterious state might come after the loss of knowing.

The repetition of treading and beating, also offset by dashes, creates a hammering sensation that makes me think of a mind under assault. The speaker is grappling with a mental break, a loss of sense and sanity. The capitalization personalizes the suffering—it’s the speaker’s Brain and Soul and Sense that are at stake.

In my reading, I went for a flat, funereal tone. There’s a solemnity to the poem that tracks with the solemn rituals of a literal funeral. But there is movement to the poem and rhythms that call for special attention when you’re reading it aloud. For instance, the commas in the line Wrecked, solitary, here. If you don’t hit those commas, the meaning changes. That line has always struck me as a possible ending to the poem, a moment of stasis that feels like a conclusion, which makes the final stanza so powerful with its swift motion—all that sudden breaking, dropping, and plunging is a little jarring. Then we’re ultimately back to an eerie stillness.

*
On “This Dewdrop World” by Kobayashi Issa, read by Jade Hawk:

KR: The haiku is maybe one of the earliest poetic forms taught in school, but despite their supposed simplicity, it’s an incredibly complicated form full of deep nuances. Can you talk a little bit about the incredible emotional punch that this piece pulls off in such a literally small space?

JH: I think this poem has the emotional punch it has because it speaks to what it means to be sentient and feeling in a cold, empty, impermanent universe. That everything feels like it has such meaning that it could never go away, that it will always be there forever, and at the same time we know we come from nothingness and we go back to nothingness, and that impermanence actually reigns. And yet, there’s something more. And yet, we know that it can’t hold, and so we’re always stuck in that inbetween place.

The poet wrote this in memory of his daughter’s passing—she was a young girl—and it’s always stuck with me because it is so hopeful and so representative of what it means to lose and love and the feeling that you haven’t lost even when something has gone, or that you have lost when you still have something.

The best thing I’ve ever taken out of an arts class was actually a directing class for the stage. And my professor said, “Form is feeling in its most economic and elegant construction.” And I think haiku is probably the best example of that idea. And this poem is my favorite haiku.

*
On “Blue and Green” by Virginia Woolf, read by Daniel DeRock:

KR: It’s pretty well known that Virginia Woolf’s writing is often described as “impressionistic.” While she did write plenty of work with plots and characters and tension and all the other things we’re taught a story should have, there’s very little of those traditional story-telling motifs here. What do you think draws people (including yourself) to this side of her work?

Daniel DeRock: As a reader, I don’t want to understand the magic trick. It just works. This side of Virginia Woolf’s writing is kind of dreamy and ethereal. Reading “Blue & Green” mimics that hazy space between sleep and consciousness where sounds and images blur with dreams. That’s enough for me as a reader.

As a writer, I’m trying to understand why it works. It’s tempting to call “Blue & Green” a prose poem—and that would probably be accurate—but it definitely leaves the impression of a story. Years after reading a novel, I might not remember the plot, but I’ll probably have some emotional or even physical memory of reading it. That’s almost all we get with “Green & Blue.” It’s immediate, in the sense that it leaves an imprint before I can try to make sense of it. There are no identifiable human characters, but by the final line I feel like I’m directly inside the story (if we’re calling it a story). That’s super valuable for writers of flash and micro, I think—creating the impression of a story without the traditional storytelling toolkit.

*
On “Dreams” by Robert Herrick, read by Josh Hagy:

KR: Dreaming has been a topic of writers for nearly as long as there has been writing, but never quite the same. Can you talk some about how this piece—which may be the oldest in the entire season—tackles the subject matter in a way that is unique and, hundreds of years later, still relevant?

Josh Hagy: What’s unique to me about this piece is how it feels completely modern even though it’s hundreds of years old. It’s from the 1600s, but if you substitute “different” for “several,” you’d have no way of knowing it’s not a modern piece of poetry.

I love how it begins with everyone together. We talk about dreams as an awesome thing, and they certainly are, but the focus is always on the individual dreamer. Herrick’s piece begins by showing us how dreaming is something that ties us together instead of separating us. We are all the same, we are all dealing with the same struggles and sharing the same joys of life, right up until the moment we lay our heads down and close our eyes and go wherever our dreams and imaginations take us.

Herrick captures both the universality and individuality of dreaming in a way I’ve not seen another poet do, and he does it in two very short lines. It is, at least for me, an incredible piece of poetry.

Rachel Trousdale is an associate professor of English at Framingham State University. She’s the author, most recently, of Humor, Empathy, and Community in Twentieth-Century American Poetry. Her poems have appeared in The Nation, The Yale Review, and a poetry chapbook, Antiphonal Fugue for Marx Brothers, Elephant, and Slide Trombone. www.racheltrousdale.com; @rvtrousdale.

Amy Lyons has recent work in or forthcoming from HAD, Waxwing, Prime Number, Flash Frog, BULL, Literary Mama, No Contact, 100 Word Story, The Citron Review, Lunch Ticket, FRiGG, Schuylkill Valley Journal, and Best Microfiction, 2022. She’s a 2020 Best of the Net nominee and a Millay Colony alum. She holds an MFA from Bennington.

Jade Hawk is a meat popsicle.

Daniel DeRock is a writer from the USA living in the Netherlands. His short fiction has appeared online in Gone Lawn, Rejection Letters, Reservoir Road Literary Review, The Daily Drunk, and others. He’s a reader and contest coordinator for Fatal Flaw Literary Magazine. 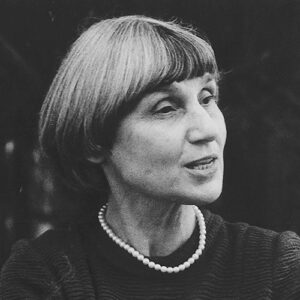 The poet, novelist, and diarist Antigone Kefala has been described as "one of the most significant of the Australian writers...
© LitHub
Back to top