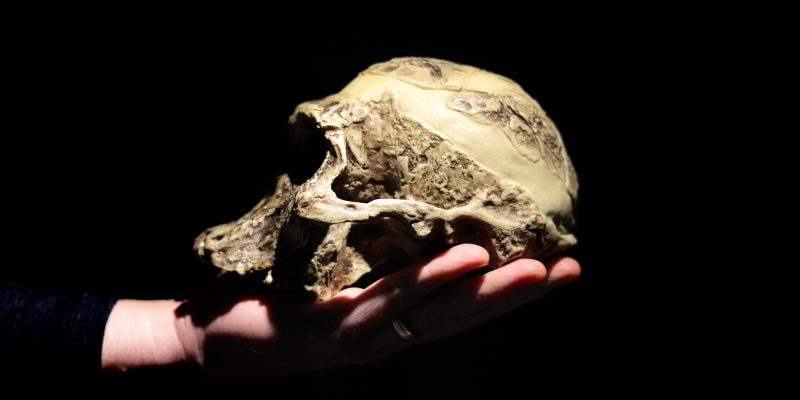 What makes us human? It’s a question we keep coming back to, in part because it’s got no definitive answer. In this week’s episode, co-hosts Eve Yohalem and Julie Sternberg explore the ultimate existential query by looking at two of our most recent human ancestors—Homo floresiensis and Neanderthals—with two experts, anthropologist Gregory Forth (Between Ape and Human) and archeologist Rebecca Wragg Sykes (Kindred).

Discovered by archeologists in 2003 on the Indonesian island Flores, Homo floresiensis were nicknamed “Hobbits” for their small stature and large feet. They hunted and may have used fire and made stone tools. Despite their small brains, some scientists believe they may have had mental abilities similar to ours.

As for Neanderthals, the last 30 years of research have led to a portrait of a species that is very far from bumbling cavemen wielding heavy clubs. In fact, Neanderthals were sophisticated thinkers, creators, explorers, and innovators, much like Homo sapiens. Eve and Julie talk with Gregory and then Rebecca about what our ancient relatives teach us about ourselves—and whether it’s possible that one of these hominins is still alive today.

Julie Sternberg: So let’s start really, really big picture. Why is the study of extinct hominins important to us? What do we gain by understanding them?

Rebecca Wragg Sykes: Well, there’s not very many bigger questions you can ask than “Where do we come from?” And where might we be going.

But on all sorts of levels, examining and questioning and learning about the other kinds of hominins, other sorts of humans that have lived, has implications and relevance, from things to do with how our bodies work, medical things like that, all the way through to why do we think the way we do, why do we have such an obsession with making stuff compared to all the other animals in the world? There are just so many angles from which it provides endless fascination, I think.

Gregory Forth received his doctorate at the University of Oxford and was a professor of anthropology at the University of Alberta for more than three decades. He’s a Fellow of the Royal Society of Canada and is the author of more than a hundred scholarly papers and several academic books. Between Ape and Human: An Anthropologist on the Trail of a Hidden Hominoid is his first book for a general audience.

Rebecca Wragg Sykes is an archeologist, author, and honorary Fellow in the School of Archeology, Classics, and Egyptology at the University of Liverpool. Her doctoral thesis, awarded in 2010, was the first synthesis of evidence for late Neanderthals in Britain. Her critically acclaimed and bestselling first book, Kindred: Neanderthal Life, Love, Death and Art, is a deep dive into the 21st-century science and understanding of these ancient relatives. Kindred won the 2021 PEN Hessell-Tiltman Prize for History, was awarded Book of the Year by Current Archeology, and was selected as one of 2021’s 100 Notable Books by The New York Times and a Book of the Year by the Sunday Times.

Happy Bastille Day: Will the Center Hold in France? Should It? 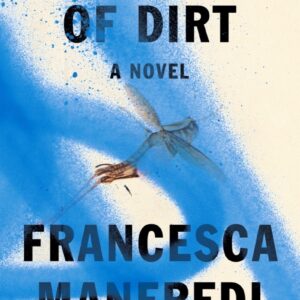 House People in town used to call it “the blind house” because only three of the walls had windows, and even those were...
© LitHub
Back to top