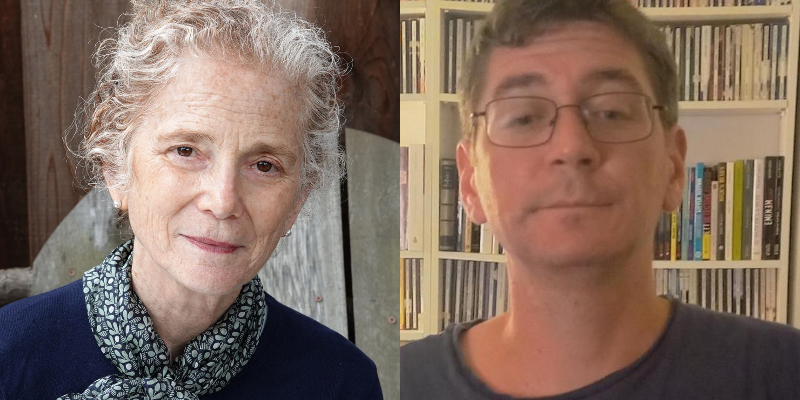 Happy Bastille Day: Will the Center Hold in France? Should It?

Poet Diane Louie and Editions Gallmeister editor Benjamin Guérif join Fiction/Non/Fiction hosts V.V. Ganeshananthan and Whitney Terrell to discuss what recent losses by centrist President Emmanuel Macron’s party—combined with wins for the left and far right—mean for France’s political future. Guérif, a French citizen, and Louie, an American expat in Paris, talk about how small towns in France are faring economically and how the French view Russia’s invasion of Ukraine. Louie also reads a selection of her prose poems from her 2020 collection, Fractal Shores.

V.V. Ganeshananthan: Back in April of this year, French President Emmanuel Macron won reelection with 58.5 percent of the vote, defeating far-right candidate Marine Le Pen in a runoff election, and this was seen as a big victory for Macron. But just a few weeks ago, France held a parliamentary election, and those results were much more mixed. And Macron’s candidates from the Ensemble! party won 245 seats, which is short of the 289 seats needed for a majority, and two other parties made important gains in that election. One was a left-wing coalition, Nouvelle Union Popular Écologique et Sociale (NUPES), organized by Jean-Luc Mélenchon, which won 131 seats, and the other was Jean-Marie Le Pen’s far right National Rally party, which won a record 89 seats.

Whitney Terrell: We have three dominant figures right now in France, in politics, as far as I understand, and our guests may correct me if they disagree. On the left, Mélenchon, in the center Macron, and on the right Le Pen. Can we just talk a little bit about who each of these candidates are for our American audience and what they want to do politically? What are their platforms and goals? Benjamin, maybe you could give us an overview on Macron.

Benjamin Guérif: First, I will remind you of something that you probably know. Some important words in the political fields seem to be the same in American English and French, but it’s not true. They don’t have the same meaning. For example, Macron is a liberal. He is in France, but it means that he believes in a lighter state, he wants an entrepreneurial economy, as free as possible, lower taxes, free international trade, and so on. A kind of Reaganomics…

WT: The unfortunate thing is, Benjamin, is that that’s what the liberals in America want, too. They’ve stopped being liberal.

BG: But they don’t pretend to be Reagan’s [unintelligible].

BG: In fact, just a kind of Reaganomics, but with more social protection, a mix, it’s zero centrist, in fact. Their style is not multiculturalism, minorities’ rights, the French liberals. But it’s not so, so important for them to… I mean, they’re not like American progressives in the social fields, you know. The words don’t have exactly the same meaning. The French and European political scene is not, or not yet perhaps, divided between Liberal, liberal, and conservative, like between Democrats and Republicans. Macron presents himself as a centrist, which is true. Absolutely true. And moderate, which is perhaps not so true…. He was d’extreme centre, the far center. So it’s an old proverb of the French tradition, je ne sais pas republican… [French] I am a moderate republican against the king’s party, but I am not [French]…

WT: I am not moderately a republican.

BG: Exactly. So I think Macron is like that. He is in the center. That’s true. He’s liberal for European ones. But he’s not necessarily moderate. Not necessarily.

VVG: Benjamin, I so appreciate that assessment of terms because I think we are tossing around language than we normally use on this podcast, but really in a different direction. So I have to ask about Mélenchon. My French friends are generally left-leaning and would clearly vote Democrat in the US. They also think that the Democrats in the US are appallingly center. And they have very mixed opinions of Mélenchon, and some say he’s good, because he’s a genuine socialist and cares about working-class people in kind of the Bernie Sanders style, and other folks say that Mélenchon is a populist, that he has a too favorable opinion of, for example, Putin, and that he’s anti-immigrant and anti-EU, which they don’t like. Diane, I wonder if you can talk a little bit about Mélenchon’s role as a leader of the French left.

Diane Louie: Sure. In that question, I think the operative word may be a leader rather than the leader and that although Mélenchon was attempting to consolidate his position as the leader, like any agile politician, Mélenchon’s stated positions have evolved to reflect the concerns and maintain support of multiple constituencies over time. And in any case, at this point, he’s effectively the strongest voice in the fragmented left.

He calls himself a political activist. And in that role, he appears to have five objectives: to be the spokesperson for a coalition of different sometimes competing parties, the Socialist Greens or environmentalists, communists; he’s returning the left to the playing field, making the party a major political player again; he’s articulating a vision or a plan with policies and strategies to keep these concerns in the current public discourse; he’s working as a counterbalance to Macron’s tendency to move to the right; and he’s creating an electoral power that can win elections. That’s his goal. The coalition, NUPES, is the youngest political force on the left, but with Mélenchon’s leadership, it’s also at this point, the largest and the most organized. In the age group 25 to 35, Mélenchon enjoys huge support, which I especially appreciated when talking with a young friend who is 29 years old, who respects Mélenchon’s efforts and policies, for example, prioritizing public service, incentivizing climate friendly development in public and private sectors. But this is not blanket support. For example, he says he’s on the fence about Mélenchon’s position on Europe.

WT: Doesn’t he want to leave the EU? Isn’t that one of his things?

DL: Well, I think that’s shifted. I mean, my sense is all of that is… yes. He’s a political beast. In contrast, I spoke with friends who are much older of my generation, and one who noted how Mélenchon has moved from being a moderate under President Mitterrand to his present, what this friend called radicalization, and another friend who compared Mélenchon to Mussolini and Castro. So you can see there are multiple views of this man and I think fairly.

VVG: So of course, this leaves Marine Le Pen, and the Le Pen family has been trying to push French politics to the right for a long time. Benjamin, maybe you can take this question. What does Marine Le Pen want, and what does that recent success in the parliamentary elections mean for France?

BG: It’s difficult to know what Marine Le Pen wants, exactly. It’s very difficult to know. For decades, the National Rally has been nationalist, very liberal on economic field, economic topics. Reaganites, Thatcherians, and very conservative on the social questions. So no gay marriage, no social security for immigrants, no multiculturalism, more police forces, these kinds of programs. That was the old Front National, that was created and ruled for 30 years by Marine’s father, Jean-Marie Le Pen, who is no more than 80 years old, and quite silent.

Marine Le Pen changed the official political lines of the party, she pretends now to protect workers, blue collars, against international finance, against free trade, against excesses of capitalism. Nowadays, she defends important social measures, but she’s still nationalist. She wants closed borders, well guarded. She doesn’t like Islam. She considers France was better 50 years ago, which is absolutely not true. She thinks immigration from Africa is the main problem of France. But does she really want to rule the country? She succeeded in normalizing the party. No more moderate in its nationalism, but many people think that a party born in the far right close to the fascist tradition will always stay somewhere a bit fascist. And although people think but when Front National was created, it was 1 percent. It was only 30 years after the occupation, and it was 1 percent of the votes. And now we are 80 years later, after the war, and Marine Le Pen had 44 percent of the votes in the last presidential election, which is the most important in France. So it’s not fascist anymore. It’s over. It’s an old story. And both of the opinions are understandable. If you were born close to the fascist tradition, you know, fascist one day, fascist forever. And other people say, No, it’s not the same context. It’s not the same thing. It’s different. No, you know, she’s nationalist and socialist.

French election: Six key takeaways as Macron falls short of an absolute majority | Euronews • A Fragmented Parliament Brings Macron Back Down to Earth | The New York Times • Who are the gilets jaunes and what do they want? | The Guardian • ENSEMBLE! | Mouvement • Rassemblement National • NUPES-2022.fr • What Do Dems Do Now? Thomas Frank on How the Left Can Counter a Rogue Supreme Court | Season 5, Episode 31 of the Fiction/Non/Fiction podcast • Gertrude Stein • James Fenimore Cooper • François Bon 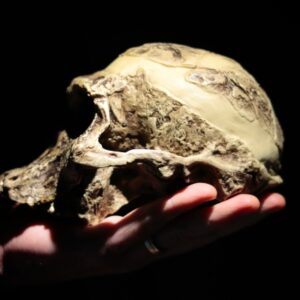 What makes us human? It’s a question we keep coming back to, in part because it's got no definitive answer. In this week’s...
© LitHub
Back to top