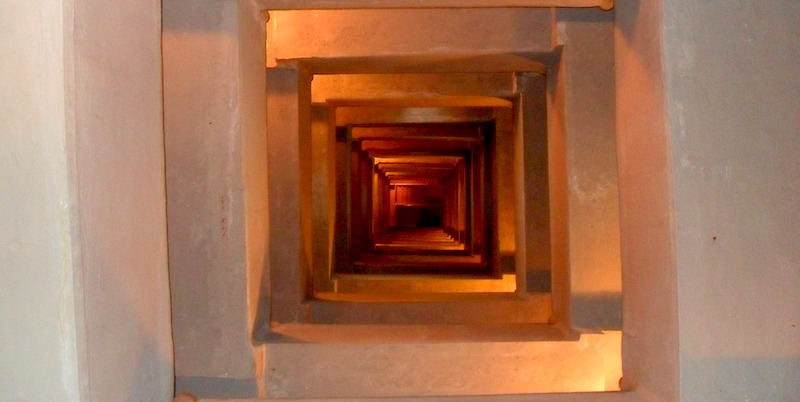 On Mark Doty, Paul Lisicky, and the Role of the Self

In What is the Grass: Walt Whitman in My Life, Mark Doty resurrects the great and quintessential American poet.

He sees him through the eyes of a bright green bird, a taxidermic specimen perched on a shelf in a display case in the poet’s house: “I saw the pinkish, wrinkled skin of a robust old man’s neck, right before me, comforting, and suddenly I could smell his warm skin, dusted with talc from his bath.”

He imagines him in the spring of 1855, walking through Brooklyn Heights on “a sharp-aired morning, say,” toward the printer’s shop where the words he has written will be transmuted into a physical book—imagines him “a large, roughly handsome man who appears older than his thirty-five years, the sense of purpose in his stride more pronounced as he approaches the shop at the corner of Fulton and Cranberry.”

He allows his thoughts to merge with Whitman’s, his language to jostle and alert, like Whitman’s, his careen through and among bodies (the naked, the clothed, the stranger, the friend) to dazzle him toward thoughts of Whitman. And once, while having sex with a man named Frank, Doty—well, best for him to explain it:

I would be hard pressed to describe any transition between what I saw first, which was my friend’s gray-bearded, strongly sculptured face, and what, after a moment, replaced it. It wasn’t Frank who looked at me then, but another man with short gray hair and beard, the same half-smile, but with the visionary dazzle of starlight in his eyes. I was, quite calmly, looking into the face of Walt Whitman of 1856, the year of the Brooklyn daguerreotype, the picture in which he seems to be slowly and with great inner radiance returning to earth from wherever it is he’s been.

Whitman isn’t actually a ghost. Doty isn’t precisely haunted. Obsession seems the wrong word to characterize the relationship Doty, himself a beloved poet and teacher, has long had with the man who didn’t just radically free American verse but also made room, within and between his lines, for men who love men, who are downright hungry for them. For yes, Doty has made it his business as a writer and teacher to explicate and elucidate Whitman’s long lines and white spaces, his alerting vocabulary, his direct addresses to the readers of then and of now. Yes, he has deeply researched and then further imagined the life that made the poems of Leaves of Grass possible.

Doty provides a master class in memoiristic amplification. His memoir is magnitudes bigger than himself.

But beyond that, Doty has vanquished boundaries—placed his own life, his own language, his own desire, alongside Whitman’s. He has transfigured Whitman and Whitman has transfigured him. The relationship is active. The book that emerged from all of this is a quilt—part Whitman biography, part Leaves of Grass exegesis, and part Doty memoir, filtered and framed by Doty’s relationship with the older female poet he married when he was young, the countless men who have come after, and his still-pressing sexual insatiability.

In H is for Hawk, Helen Macdonald set her grief over her father’s death and her emergent relationship with hawks against the cautionary tale of Theodore White’s own hawk obsession. In All the Lives We Ever Lived, Katharine Smyth viewed her relationship with her father and his death through the lens of Virginia Woolf’s novel, To the Lighthouse. Jenn Shapland’s My Autobiography of Carson McCullers is precisely what the possessive pronoun in the title suggests—the author’s deep desire to answer questions about McCullers’s life and sexuality while yearning to answer similar questions about herself.

Doty’s book advances this escalating tradition of the hybrid memoir—these books that spring from the wells of the curious self, that dissolve the borders between the writer and the world, that operate somewhere between the lyric braid and the collage, and that require their many elements to be both additive and persuasively seamless. If, at times, What is the Grass seems to circle back on itself more as repetition than refrain, if its organizing principle (six primary sections devoted to the “sources” of Whitman’s work) is not as clarifying as it might have been, if the book seems, in the end, simply to stop, Doty provides a master class in memoiristic amplification. His memoir is magnitudes bigger than himself.

Paul Lisicky, with his new memoir, Later: My Life at the Edge of the World, collages his story of self-delineation and -discovery not with a person, but with a place. The “other” in Lisicky’s book is Provincetown, Massachusetts, where Lisicky, having won a seven-month writer’s residency, begins to live in the early 1990s. He has talent, he has graduate degrees, he has questions when he arrives. He wants to know who he is outside the confines of an oppressive family history and a needy mother—what it will take for him to become his most actual and reliable self. But always—in the myriad, uncountable couplings and uncouplings to come, in the high pulse and the heartbreak, in the hunt and in the skewering—there is the place he calls Town:

If Lisicky can, at times, leave readers without sufficient toeholds as he recalls his many men, he is at his fabulous poetic best when Town, as he calls it, is palpably near, when the geographic, spatial, cultural details both shape his desires and speak for them:

Provincetown wouldn’t be nearly so compelling if Race Point weren’t out there, if the Beech Forest weren’t out there, if the fire road to the Hatches Harbor dike weren’t out there. If the entire landscape was as built as the center of Town—houses all of a few feet apart, windows facing into other windows, fire hazard, really—I wouldn’t have as much interest in it. It’s good to remind myself of the uncharted forest, dunes, and marshes a half mile from the stores and bars. Late at night, if Town is quiet, I hear coyotes and foxes calling to each other. Sometimes even thirty-ton humpbacks, groaning and explosive as they shove water up through their blowholes.

Landscape and weather, hidden spaces and overt ones, the ceiling heights in small apartments, the thresholds where strangers stand, the dangerous roads, the crowded walks—all of this place-ness is made personal in Lisicky’s hands, compounding and confusing, liberating and fencing, demanding and relenting. It changes how he walks. It changes what he wears. It changes his ideas about friendship and convenience, companionship and sex. Lisicky will stay in Provincetown well beyond his first fellowship. He will watch many in his town afflicted by the AIDS crisis. He will take risks and then wonder why he did. He will fall in love then try to pretend that he didn’t.

The people will come and the people will go. The AIDS crisis will become a whisper, then a scream. Self-doubt will become self-claiming. Hope will become need. Need will become the inexpressible or the unattainable or the fleeting. Provincetown, in Later, is the ongoing thing, the thing with durable nouns, as it is here, in this scene, when Lisicky is on the cusp of another relationship’s end: “We walk across Bradford, walk down the steps toward the A-House. Walk through the tight alley past the Julie Heller Gallery. The night is humid, thick, as if the clouds had poured lotion onto it.”

Mark Doty and Paul Lisicky were, for many years, partners. They met in Provincetown. They have written each other into their respective books before, and with their latest memoirs, they do it again, criss crossing, briefly and honorably, into each other’s scenes. But it is the way they separately approach the hybrid memoir here that most intrigues me—the way they have stitched their personal stories about sexual pursuit and discovery into the life and work of a poet, in one case, and the geography and culture of a place, in the other.

Doty and Lisicky remind us, as other hybrid memoirists do, of how our lives are shaped by the things we come to love and how we could never be ourselves without them.

Nick Flynn on What Art Can and Cannot Reflect 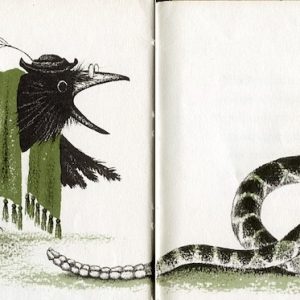 Once upon a time Ken Kesey wrote an endearing tale about a wily squirrel and a hungry bear. The unlikely picture book was one of two written...
© LitHub
Back to top