Bethanne Patrick on Lessons From a Country That Reads

Picture yourself at the Javitz Center in Manhattan during a Book Expo trade show. Your feet ache. You’re longing for caffeine, but the line for the only Starbucks is miles long, plus that guy from your last job is holding court in its middle. It’s years since the last time you actually conducted any business during one of these, let alone sold books. Maybe next year you should skip the show floor and just go to the evening parties, or attend a couple of author lunches. Maybe next year? You’ll just skip going.

Clearly, enough of us felt the same way—and then the global pandemic hit. Book Expo attempted to rally virtually during a spring rife with cancellations, but its parent company, ReedPop (“the pop culture-event focused subdivision of Reed Exhibitions”) announced on Tuesday, December 1, that both Book Expo and Book Con will be shut. Event director Jenny Martin told Publishers Weekly that the company will take “the necessary time to evaluate the best way to move forward and rebuild our events that will better serve the industry and reach more people than we were able to before.”

Ms. Martin, see above: Aching feet. Poor access to caffeine. But much more important, what business needs does a publishing trade show serve in the 21st century?

When I first began attending the American Booksellers Association Conference, which then became Book Expo America, which then became Book Expo, it was the 1990s, and while booksellers were hurting (sadly, too often the case), the booksellers and publishers I knew still relied on “the show” for conducting sales, networking, and learning about best business practices. A late-90s ABA in Chicago buzzed with energy, and if some of that was nervous energy, that was an offshoot of working in a vital industry.

A vital industry, vital to our country’s culture and communities. Any of my colleagues might be able to type a couple of thousand words up about why ABA/BEA/Book Expo morphed and faded. Book sales dwindled, and then the entire sales process digitized. The Internet happened. Amazon happened. Borders closed. Barnes & Noble hangs on by increasingly fragile threads. Indie bookstore sales are down, up, down again. But see that first sentence, the phrase “vital to our country’s culture and communities.” How do we get back to placing books and publishing and bookstores at the center of our society?

The colleagues who could type up histories of how things have changed could also be relied on to type up ideas about how to change things now. But just a couple of years ago I had the opportunity to visit a country in which books remain central and in which book sales remain strong—because first I learned about that country’s literature, and then I returned, months later, to attend its annual version of Book Expo.

Finland is a country of readers, and its capital’s biggest publishing fair reflects that.

That country is Finland, in the news a great deal because it’s the happiest country on earth, according to several indices of wellbeing. Before I head down a rabbit hole of my happy travel experiences, I’ll point out two important things: One, Finland invests government funds into promoting its authors and their books both at home and abroad. FILI (the Finnish Literature Exchange) sponsored the first trip I made, in May 2018. Not only were those of us on the trip introduced to over a dozen of the most important novelists, playwrights, and memoirists writing in Finnish; we were also taken to Helsinki’s Writers Center, which provides services to schools, libraries, and other public institutions to promote reading as a—yes, vital—activity.

Second, the Helsinki Book Fair (there is also a large version in the northern city of Turku) to which I was invited in October 2018 by the Finnish Embassy, looks like Book Expo, or the London Book Fair—but it feels more like the best state fair you’ve ever visited. While Finns may be the world’s happiest citizens, they are by no means the most expressive. A certain reserve prevails even after a few drinks. But the floor of the Helsinki show buzzed with energy and anticipation. Readers lined up to buy armloads of books from publishers, whose booths were set up less as marketing tools than as miniature storefronts.

That doesn’t mean marketers—and publishers, and authors, and salespeople, and agents—weren’t present. In one afternoon I ran into Patjim Statovci, the internationally acclaimed novelist of My Cat Yugoslavia and Crossings; the publisher of Teos Books; the brilliant Laura Lindstedt, about to release her new book My Friend Natalia (available March 2021 in the US); superagent Elina Ahlback, who now has an NYC office; and one of the country’s best-known Sami poets, Ailu Valle, in full indigenous dress. And those were just a few. The conference center was packed with people coming in and out, meeting for coffee and cake at one of the easily accessed cafes, the overall atmosphere congenial, jovial, and yet very professional.

Everyone took the fair seriously. I daresay there were a few who had business worries, but those were not allowed to intrude on the most important business at hand: Reading. Every author I spoke to, from the most literary to the most commercial, even the graphic novelist selling sauna towels woven with his characters, were focused on readers and what readers bring to the publishing process.

That’s because each and every person there was a reader, someone who thinks of reading not simply as an easily accessed pastime, but as a cultural requirement. The Finns, who regard their independence (first from Sweden, then from Russia) as paramount, believe that reading widely brings them closer together. Yes, they are proud of their own writers, but they read those from many other countries, as well—Irish and Brazilian and Nigerian and Korean, just to name a few of the nationalities I saw represented in the stacks. Finland may be ethnically homogeneous, but Finns know that borders needn’t be intellectual.

On average, every Finn buys four books a year and borrows another dozen from the library (sadly, Helsinki’s beautiful new Oodi Library was still under construction during my trips; I hope I’ll be able to return and see it sometime in the future). Finland is a country of readers, and its capital’s biggest publishing fair reflects that. If what was once Book Expo is to return, re-created, perhaps the biggest work to be done isn’t from an exhibition company like Reed. Instead that work must be done through collaboration between society, industry, and government, to reexamine the role of reading, writing, publishing, and distribution of books, for us to understand why reading affects so many other forms of learning and thinking.

The Helsinki Book Fair reminded me that what Book Expo attempted a few years ago—opening its doors to readers—was a step in the right direction. Unfortunately, it came too late, at a point where Book Expo was already losing its original purpose and hadn’t found a new one. Perhaps when international travel is once again possible, Ms. Martin of ReedPop and others could visit Finland’s big publishing expo and take a few notes, finding the experience as bracing as a dip in the Baltic seawater pool in Helsinki Harbor. 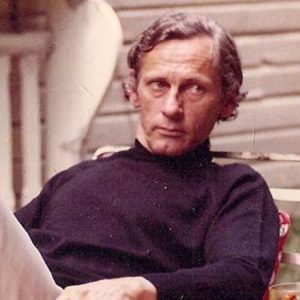 In a 2002 essay entitled “Mr. Difficult,” the novelist Jonathan Franzen described at length his dislike of William Gaddis’s...
© LitHub
Back to top