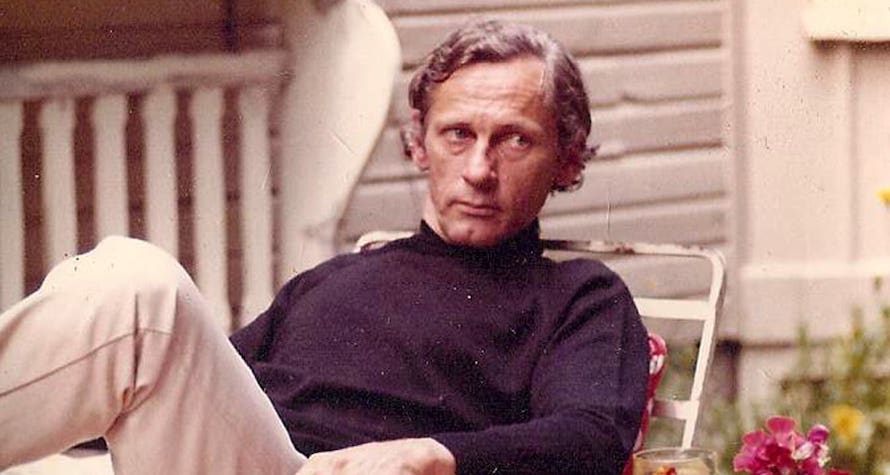 In a 2002 essay entitled “Mr. Difficult,” the novelist Jonathan Franzen described at length his dislike of William Gaddis’s novel J R. Franzen did not favor—I’m putting it mildly—the impenetrability of Gaddis’s novel of voices. He appeared exasperated, even incensed, by what Gaddis had set out to achieve. J R, Franzen said, “suffers from the madness it attempts to resist. The first ten pages and the last ten pages and every ten pages in between bring the ‘news’ that American life is shallow, fraudulent, venal, and hostile to artists. But there never has been and never will be a reader who is unpersuaded of this ‘news’ on page 10 but persuaded on page 726. The novel becomes as chilly, mechanistic, and exhausting as the System it describes.” Ouch.

Published in 1975, and winner of the National Book Award, J R is a teeming, relentless, discordant novel about a schoolboy who builds a business empire. It is, in my opinion, a work of sustained and rare brilliance. I have read many fine works of fiction in my life, but I hold few books as close to my heart as this one. I’m not sure exactly why this is so, but I’ll try to explain.

I’m guestimating, but I’d say that I first read J R in 1994. It’s been many years since I read it from start to finish. These days, I dip into it randomly, a few pages or a line here and there: “—Well, well yes I mean Aunt Julia had some trouble with my colon once but …”; “—But from what! Excludable from what! Fifty cents sixty cents what are you buying one share of this one share that what …”; “—That’s absurd her let me, look you can’t bring a hundred thousand plastic flowers up here good God, what …” And so on. I take small doses of its strangeness, its rhythms and, yes, its difficulty, as a stimulant.

NYRB has just reissued J R and Gaddis’s fine but lesser The Recognitions—which, incidentally, Franzen was friendlier towards. In her introduction to the reissue, Joy Williams makes a convincing case for J R’s virtues. It is, she says, “a riotous dizzying discomfiting success” and “a grabby talky disorderly inferno of the spirit. It is also remarkably knowing about the American character.” Mercifully, Williams makes her comments in a straightforward way, avoiding the temptation—easily done, believe me—to try to show that she really gets Gaddis by offering her readers explanatory text that is even more impenetrable than his prose.

Although Williams’s spirited and good-humored introduction resonates with me, it does not help me explain my abiding love for J R. That’s not a criticism of Williams because my response to  J R is not intellectual but emotional—and luckily for Williams, she is not inside my head. I’m not much interested in judging J R’s strengths and weaknesses. I haven’t tried to understand Gaddis’s techniques. I don’t want to try to analyze the book through a particular theoretical lens. I’m not too fussed about putting Gaddis into intellectual or historical context.

The more I think about it—and, frankly, I’ve been thinking about it for decades—the more inexplicable I find my views about J R. Generally, I have little or no patience for books—fiction, nonfiction, poetry—that seem to misuse complexity to claim profundity, or books that lose themselves in some theory or other, or books that overstay their welcome. It’s a rare novel, to my mind, that needs 726 pages to tell its story.

I’m not saying Gravity’s Rainbow is itself earnest. Humorless. Stale. I’m not making any comment on the book’s qualities.

I cannot pretend to understand everything that happens in J R. Not even close. Who are all these people, all these voices? And what are they going on about? And is it yesterday, next week, the 19th century? And what is this strange beast, America? And who is this superior-seeming puppeteer who pulls the strings and who said, when he won the National Book Award for J R, “I feel like part of the vanishing breed that thinks a writer should be read and not heard, let alone seen”? Usually when faced with such puzzlement, I would throw the offending book across the room, or at least quietly give up after 30 pages. But not this time.

I can say this: very occasionally—so far, just a few times in my life—a piece of writing has caused a physical reaction in me that I will call dissonance. It is not the right word, but I have not been able settle on a better one. Agitation. Befuddlement. Heightened befuddlement. Levitation. Whatever. Gaddis’s J R is one such book.

In the Penguin Classics edition of J R, Frederick R. Karl wrote about the “remarkable overlapping of concerns” between J R and Thomas Pynchon’s Gravity’s Rainbow. I don’t doubt what Karl says, and he’s not alone in seeking parallels between these two (white male US) novelists. But for me, J R vomits up molten lava and toxic fumes whereas Gravity’s Rainbow rises up like a grand extinct volcano. Gaddis messes with my head, whereas Pynchon makes me nod. Gaddis makes my consciousness spasm with laughter, line after line, whereas reading Pynchon is like swallowing a multi-vitamin.

When I first read Jonathan Franzen’s essay about William Gaddis, however many years ago, I was incensed. I boycotted Franzen’s writing and dismissed him as a jealous hack (although I did so without evidence because I had boycotted his writing). But now I wonder if he and I are kindred spirits of a sort. Franzen disliked J R with a magnificent level of passion. He expressed his forceful disdain for people who put Gaddis on a pedestal. He seemed to take it all very personally. That is that act of reading at its finest.

That said, Franzen was dead wrong.

Patrick Allington is a writer and editor. His fiction includes the novel Figurehead, which was longlisted for the 2010 Miles Franklin Literary Award. His short stories, nonfiction, and criticism have also appeared widely. His US debut novel, Rise & Shine, is available now from Scribe Publications. 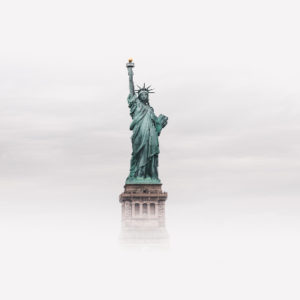