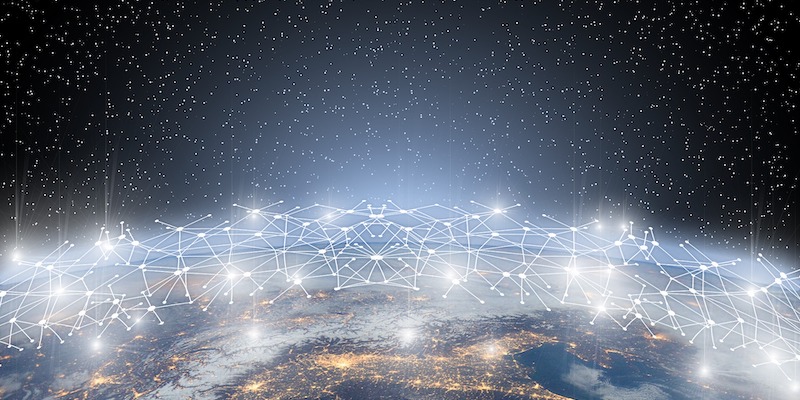 What a Global Approach to Writing Teaches Us

As I write this, Sri Lanka, my country of origin, is alive with the chants of revolution: slogans whose cleverness is rooted in the specific way our native languages play upon multiple meanings, as well as the more universal way that righteous demands, if they are to be repeated by crowds, must pay attention to the rhythms of music. Whose streets? Our streets! and The people united! Will never be defeated! are first cousins of කාගෙ රට? අපේ රට!(Whose country? Our country) and කපා කපා – කෑලි කපා/ අප වලකනු – සිතනු එපා/ලේ ගැලුනත් – පාර දිගේ/ අපේ ගමන – අපි යනවා (don’t believe you can stop us by mowing us down, you may make the streets run with blood, but we the people will stay on our journey)!

Following the news from Sri Lanka, I don’t just hear the echo of these chants in the streets of Philadelphia, where I live I feel the same sting of teargas upon peaceful protesters. I don’t simply admire the superior efficiency produced by thousands, working together to manage an outdoor tent city on a tropical island—in the midst of immense deprivation of food, fuel, and medications—but also the enormous effort to protect one another through the use of masks, hand sanitizer, water, and comfort, which distinguished the protesters here in America during our own recent summer of transformation.

I recognize the same inclusive camaraderie, the same compassionate recognition of a common fate. The desire for fairness unifies the calls of a young generation in Sri Lanka with their peers in the streets of Ferguson, Missouri, in Tahir Square, beneath the Monument to Heroes in Bogota, and across the Maidan Nezalezhnost in Kyiv.

Likewise, the forces marshaled against children like mine take their cues from one another. There is a reason why the former prime minister of Sri Lanka, when confronted with clear and peaceful evidence that the citizenry wanted him gone, chose to bus in “supporters” from outside the city and unleash them upon the protesters. The events of Jan. 6, 2021, in Washington, D.C., were mirrored play-for-play in Colombo, on May 9 of this year. The armed forces arrayed against American citizens in Ferguson, in August 2014, and the deep racism that makes it possible for lethal weapons to be aimed at Black bodies and those who support them, are indistinguishable from a similarly armed military, also buoyed by racism, that has been deployed against Palestinians for 74 years. Borders are figments of our imagination. They have always been porous, as illustrated beautifully by Mohsin Hamid in Exit West, and they will continue to be, as shown with equal beauty by the Palestinians who sent messages of solidarity to protesters in Ferguson.

Borders are most real when we acknowledge and move through their permeability, whether in the smallest of spaces—between a bedroom and living room, for instance—or across natural barriers that must be traversed like oceans; the kind of sojourns in which I was deeply interested while writing my own collection of stories, Sleeping Alone.

Literature, by reflecting the concerns of our days and the utterly communal perilousness of our human endeavor, reveals to us that it is not a static art. If we look at the earliest documented instances of storytelling or poetry, the tradition springs from a need to make an account of events, to provide fair warning or direction. We may have traveled far from the mythologies of Gilgamesh and the Etruscans, but we are still waging wars. We are no longer tying virgins to rocks to win divine favor, but we are sacrificing the rights of women in service of other misogynies.

If the oral historians of an ancient past were trammeled by a lack of air travel and the internet and had to focus more plainly upon the happenings at the local temple, we cannot claim a similar unknowing. The world is in us, and with us, with visceral vengeance and beauty. The poetry and prose we celebrate should surely take that into account.

Why even in the literary field are we so hesitant to embrace the reality of the innate internationalism of our colonial and immigrant and refuge-seeking populace?

Nearly two decades ago, when I first entered the sphere of American letters as a writer, I didn’t know literature was considered an industry, a word whose modern connotation is of a trade. If the term industry was to be applied, writing and indeed all forms of art, hewed closer, in my reading of it, to the original meaning of the word: cleverness, aptitude, and experience (from the Old French word, industrie), or work that is diligent and active (from the early Latin, indostruus).

That sense of the work that we do as writers has kept pace with my own evolution as one, through novels, essays, poems, and short stories, all of which are part of my life as a teacher and citizen. American-born writers, on the other hand, are frequently encouraged to occupy a divergent position, one that harkens to the idea that our primary objective is to produce a commodity that can be transacted for money.

But is America served by such capitulation? Or are our skills of greater worth when we point out the way our languages, and what our languages describe, enfold a dynamic, evolving, and empathetic engagement with the world of which America is only, albeit a singular, part; a reality which is embodied in our very lives?

The Palestinian comedian, Mo Amer, in a segment fittingly titled “Mohammed in Texas,” has a hilarious skit about our hyphenated body politic. Everyone here, no matter their race, is defined by vincula that take note of historical specifics (Black American, Asian American, and so forth), except white people who are simply white until or unless they are celebrating Saint Patrick’s Day, or for that matter, Oktoberfest, or the National Day of Latvia. Yet, while it is always great to laugh at the punchline, the truth is a little more complex. White people are not the only ones who are suddenly more than “just” American when the occasion suits: Cinco de Mayo, Diwali, Mardi Gras, you name it, we can find Americans celebrating as though they leapt from the Sierra Madre Oriental, sprung from the Ganges, or were direct descendants of the first Boeuf Gras.

Why then are we so deeply committed to the idea that the word “international” somehow belongs “out there,” beyond our borders? Why not associate the heritage of Caribbean-born, Karine Jean-Pierre, new press secretary to the POTUS, with the recognition that the very idea of contemporary America rests on the verity of inbound movement? Most bewildering of all, why even in the literary field are we so hesitant to embrace the reality of the innate internationalism of our colonial and immigrant and refuge-seeking populace, and the accompanying requirement to widen our lenses by speaking of that larger world?

For the past many years I have had the honor to call Fiona McCrae of Graywolf Press, one of the finest minds in literature, my editor. She embodies the musculature of American internationalism: she was born in Nairobi, Kenya, grew up in Hertfordshire, just north of London, and built a career that followed her across continents; yet McCrae is rooted by determined residence in the American Midwest, and the less tangible concept of global stewardship. Hers is a vision that can resonate equally with the rhythms of a Black Queer poet like Danez Smith from Minneapolis, as it can actively seek out and champion the work of Tsitsi Dangarembga from Zimbabwe, or Marieke Lucas Rijneveld from the Netherlands. I have found her as at ease discussing the finer points of a novel like Shehan Karunatilaka’s Chinaman in New York City as she is while discussing the literatures of Portugal in Lisbon, of translations in Tbilisi, Georgia, dialects in Jaipur, India, or books rooted in the Middle East in the United Arab Emirates, all of which requires an ear for the cultural habits of people from other places.

I do not believe it is only a natural born talent that has made her so skilled at traversing the world, but a cosmopolitanism that has been gained through a deep engagement with literature that pushes against containment. Where better to do that than in this country of un-belonging? Are we not all from elsewhere or, better yet, from everywhere? Our concerns—and most emphatically the activism of a younger generation—summon the world to our doorstep. Senior Advisor for Global Affairs to the President of Columbia University Vishakha N. Desai recently wrote with urgency about the need for entertaining “capacious thinking” in her memoir World as Family, rooting her thesis in the Vedic concept that dictates the follower to enter and entertain an indivisible world.

Desai and McCrae were both born outside this country. They arrived here, as I did, in the course of pursuing not fame or fortune, but their own evolution as thinkers. The American literary world is awash with such people. Its finest proponents dance to far-flung drums: Jhumpa Lahiri, Colum McCann, Téa Obrecht, Ilya Kaminsky, Joseph O’Neill, Julia Alvarez, Pat Rosal, Mira Jacobs, Natalie Handal, Angie Cruz, Ocean Vuong.

Its most moving testimonies come from those whose markers of ancestry and culture are singularly American, but whose imagination roams free and, by doing so, encourage readers to host a more inclusive narrative: Roger Reeves, Rebecca Solnit, John Freeman, Nuar Alsadir, and Rickey Laurentiis come to mind. James Baldwin, arguably its most quoted literarian and the current darling of all races, certainly in the literary world, lived most of his life away from America and perhaps this is why he was able to articulate the fact that the American word, “success,” has no place in the vocabulary of any artist.

Listen closely to what each of these writers is actually saying as they loop their imagination around their poems, essays, and fiction, or even their occasional TikTok video or Instagram reel. Each of these poets and writers have planted their feet firmly in a very particular American soil, but each lifts their voice to implicate themselves and their country in the history of the world. Theirs is the grief of a silent school in Uvalde, Texas, and the quiet of the seas around a capsized boat in Paros, Greece. Theirs is also the euphoria of slow-grown roses and unexpected laughter; they are the writers who remind us not of our place, but to take our place among. 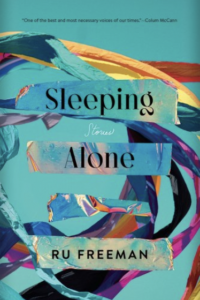 Ru Freeman is the author of On Sal Mal Lane and A Disobedient Girl. An activist and journalist whose work appears internationally, she calls both Sri Lanka and America home.

Sera Gamble on Rejection, Writing, and the Surreality of Having 50 Million People Hear Her College Poetry 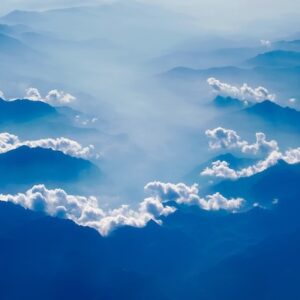 A couple of months ago, in March 2022, I was asked to give a talk on failure at South by Southwest in Austin, Texas, and,...
© LitHub
Back to top
Loading Comments...