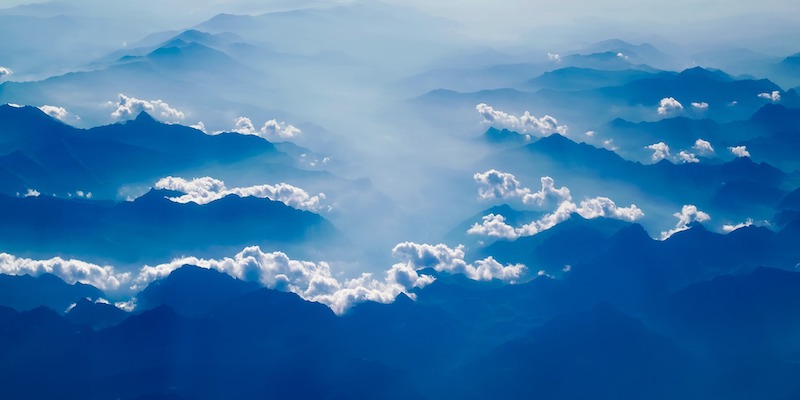 Brandon Stosuy on Making Space for Mistakes and Setbacks

A couple of months ago, in March 2022, I was asked to give a talk on failure at South by Southwest in Austin, Texas, and, ironically, I almost failed to give it.

A few days before the festival started, I looked at all the meetings and other time commitments on my Google calendar, and felt a familiar sense of dread and unease. Later that night, I woke up at 3am—always 3am for me—and thought, “There’s just no way I can complete this.” Often, when I have one of those 3am moments—you’re sound asleep and suddenly wide awake—I talk myself into waiting until daylight to think it over. This time, though, I was convinced (i.e. I convinced myself) I’d do a terrible job, so I wrote the organizer (at 3am) and told him I was thinking I had to pull out.

I founded and run a website, The Creative Independent. A big part of that website is offering people advice and approaches to overcoming these sorts of fears of failure. I have a website dedicated to getting beyond creative blocks, so I should know how to get past this self-doubt, right? The thing is, I needed to edit the full upcoming week of that site in advance, before I left, and that’s one of the things that was weighing on me. My site about overcoming creative anxiety was giving me creative anxiety.

The Creative Independent is a pretty small operation. “Small,” as in, I run it largely on my own: I do the assigning, invoicing, editorial calendar organizing, editing, and social media quote selections myself. I fix code when code goes astray. I upload everything into the CMS. It’s me who presses publish. If I’m gone, and something goes wrong, the site pauses. If I lose focus, the site doesn’t work.

Between the work stress, and the demands of parenting two young children, adding another creative task felt impossible.

Of course, nobody lives in a vacuum, where they can focus entirely on the creative things they want to do. That’s why we try to create tactics for making time for creativity and for juggling multiple tasks. I can do this, usually. Most often, I feel like I’m spinning a bunch of plates in unison, and it’s all humming along, creating a satisfying buzz, but now and then, one plate shifts speed, or gets out of rhythm, and everything crashes to the ground.

So I sent that email.

Hugh, the person organizing the series, read the email and responded (at an appropriate morning hour) with thoughtful words. He suggested I not quit. He was honest about his reasoning: It would put him in a bad spot, with a gap in programming. He also pointed out that it wasn’t an academic conference, that it should be fun, and that maybe I was overthinking it. In fact, he threw my own advice back at me: “I think your concept [on failing successfully] is central to what so many of the artists / entrepreneurs / musicians / filmmakers experience in their journey. It’s totally fine to essentially open the session with a question: ‘How many people in this room have failed in a professional endeavor? If so, would you like to share what you learned from that experience. Raise your hand please if you are comfortable telling us your story.’” He suggested I imagine it as a kind of group therapy session. (Which is also how I think of the internet, for what it’s worth.)

A common form of failure is not making time for the things that are best for you.

I read his email and then I went for a jog. I find exercise gets me past moments of self-doubt or misdirection or burnout. By the time I’d finished the first mile, I knew he was right—so I took a deep breath, figured out I did have some time that day between a couple of meetings, and I decided to go ahead with it.

The thing is, none of us are ever 100 percent sure about anything, but if you can harness  whatever percentage of confidence you do have, and go from there, you’ll likely find a way. Even if you have just 1% confidence, that’s a seed, and it can keep you moving.

On the day of my talk, the room was packed. I opened with some multi-part thoughts and questions:

Do you have any works-in-progress that you’re struggling with at the moment? These could be projects that you can’t seem to start or finish, or projects that aren’t shaping up as you’d envisioned? Give this some thought. What’s happening or isn’t happening?

Have you launched a finished product into the world and been disappointed by its reception or the results? Talk about what happened and how you feel.

Try to avoid judgmental absolutes or binaries that aren’t useful. Do you see any patterns in your  thought process (i.e., one negative feeling or assumption leading to another)?

When the words “I’m failing” surface in your creative process, look for clearer language to express what’s happening. Are you frustrated? Impatient? Feeling unprepared? Tired? Do you notice a pattern in how these feelings come up?

How do you remain compassionate toward your own work in progress?  How do you stay motivated, incentivize yourself, or hold yourself accountable when a project isn’t going well?

People commented, asked their own questions, and told their stories (including a kind of amazing one about coming in second place during a battle of the bands competition). They stayed the full hour.

Something I said during the talk is something I think about all the time, and I had myself specifically in mind this time: A common form of failure is not making time for the things that are best for you.

I don’t mean the best for you in the sense of eating a healthy diet (though that’s essential) or exercise (ditto), but the things that make you happiest. We tend to get jammed up with our day jobs, or our daily activities, and we squash the stuff that matters. We all do this, I think. It’s an easy trap to fall into.

Even if we know this sort of failure exists, we never escape this kind of thinking completely. It pops up enough for me, in fact, that I’ve developed some strategies to move past it.

Not all of them work all the time, but each is worth a try.

One way I’ve been able to push past moments of insecurity is by getting used to them. Once you know these things happen, they don’t catch you off guard.

Next time you feel creatively blocked or frustrated with a  piece of work, write down exactly how you’re feeling. Make a list. Compose a letter to yourself. Get your concerns out into the open. The thing to realize here is the setbacks or deviations in your plan are a pause rather than a failure. Sometimes you need that pause, whether you recognize it or not. It can be a good spot to rest, refuel, and recalibrate so that you can return to your projects from a new (perhaps more exciting) perspective or angle.

We often work alone on projects, and in that solitary space, we can get lost in our own insecurities. I’ve also found it important to identify people who I trust when I’m feeling unsure. There’s a huge difference between constructive feedback from a trusted friend and beating yourself up for imagined mistakes. Think about someone who you trust and whose feedback you value. Show your work in progress to a trusted friend or advisor to get another valid perspective. (Or send an email to someone you barely know, as I did, to get you back on track.)

It’s helpful to pinpoint where in the creative process you’re most vulnerable to blocks or moments of discomfort. This can be tricky: Every creative project is a new situation. You can never recreate the exact experiment more than once, and so it’s rare to feel entirely confident in your projects. You tell yourself, “I know I’ve had success previously, but what if it just doesn’t work out this time?” One way I’ve been able to push past moments of insecurity is by getting used to them. Once you know these things happen, they don’t catch you off guard, and you can find ways to move past them.

Even the most accomplished people deal with failure and ongoing self-doubt. You have to learn how to deal with it. Failure is how you learn. If you see it as anything but a lesson, and project it onto your self-worth, you’ll crumble. That low self-worth takes up a lot of room in your head. You end up giving too much space to jealousy, bitterness, comparing yourself to your peers and that’s less room for the creative process to unfold. Failure and success are endlessly intertwined. Each step forward can included a number of steps back. Basically: you have to get over yourself and get over the fear of failure.

At the end of that talk I gave, as I was packing up my stuff to leave, a guy came up to me and said he’d come into the room mistakenly. He’d thought it was a talk on bitcoin, and business in the music industry, but he’d liked what I was saying, and so he stayed. When he told me this, he started tearing up. He told me he’s a designer, that he has a job he doesn’t love, and that what I’d said made him feel like he could take the plunge and try something new. He said the talk changed his life. He embraced me.

And, because I’d gotten in the way of myself, that talk almost didn’t happen. 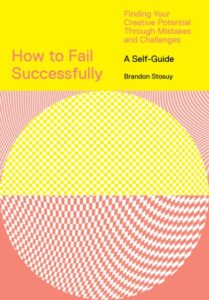 How to Fail Successfully: Finding Your Creative Potential Through Mistakes and Challenges by Brandon Stosuy is available via Abrams Books.

Brandon Stosuy is the cofounder and editor in chief at The Creative Independent, the cofounder of the annual Basilica Soundscape festival in Hudson, NY, the cofounder of Zone 6 Artist Management and Gallery, and has been a music curator at the Broad Museum in Los Angeles and at MoMA PS1 in New York City. He is also the author of two children’s books: Music Is and We Are Music.

Lawrence Jackson on the Distinction Between Home and Shelter

What a Global Approach to Writing Teaches Us 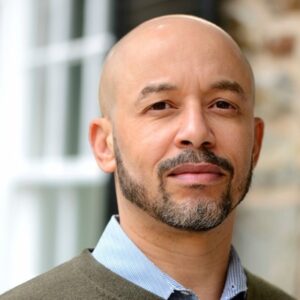 Lawrence Jackson on the Distinction Between Home and Shelter