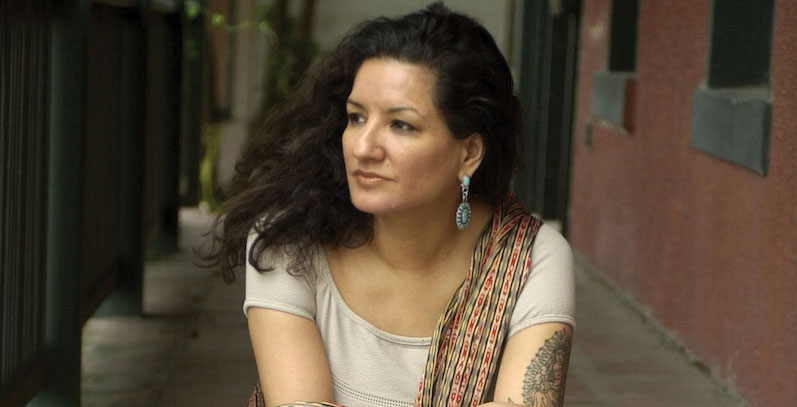 We’re finally getting a TV adaptation of The House on Mango Street.

For a long time, Sandra Cisneros resisted the idea of having her much-loved 1983 classic, The House on Mango Street, adapted for the screen.

But the Chicago-born author changed her mind, according to Deadline, because of renewed attention on Latinx immigration narratives and the ubiquity of streaming services. Cisneros will act as executive producer for a TV adaptation of The House on Mango Street, a project funded by the same producer who brought Narcos to Netflix.

The House on Mango Street, by now standard fare in schools and universities across the United States, is the coming-of-age story of Esperanza Cordero, a Chicana girl growing up in Chicago.

Cisneros entered the public spotlight again early last year when she received the PEN/Nabokov Award for Achievement in International Literature. In a lovely acceptance speech, Cisneros dedicated her award to many people, including “all divided by borders, the mothers and fathers punished for seeking asylum, for the children traumatized by separation. . . For the undocumented globally, for the stories they carry inside them, a burden too big for one body to contain.”

Recently, Cisneros spoke in support of Jeanine Cummins’ American Dirt, a novel about a dangerous journey from Mexico to the US southern border and the focus of the new year’s most divisive book world debate.

“It’s written in a form that will engage people, not just the choir, but people who might think differently,” Cisneros said. “We’re always looking for the great American story, and this is the great story of the Americas, at a time in which borders are blurred.”