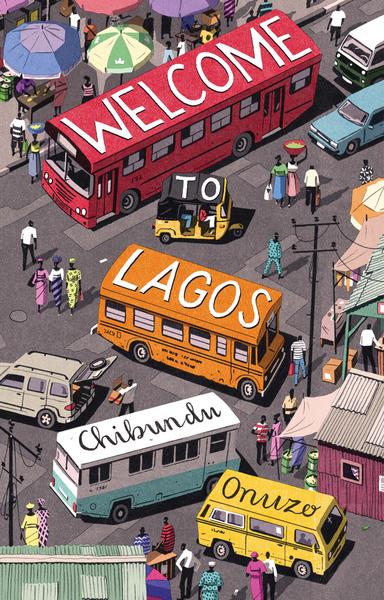 The following is from Chibundu Onuzo's novel, Welcome to Lagos. Abandoning the Nigerian army after being ordered to kill innocent civilians, Chike Ameobi travels to Lagos with his junior officer. As they move toward the city, they meet other deserters and runaways who join them in searching for new opportunities. Chibundu Onuzo's previous novel is The Spider King's Daughter. She writes for the Guardian, with a special interest in Nigeria.

Evening swept through the Delta: half an hour of mauve before the sky bruised to black. It was Chike Ameobi’s twelfth month as an officer in Bayelsa, twelve months on the barren army base. His ﬁrst sight of the base had been on an evening like this, bumping through miles of bush, leaves pushing through the open window, insects ﬂying up his nostrils and down the dark passages of his ears. They came to a clearing of burned soil with charred stumps still rooted in it. Out of this desolation had risen the grey walls of his new home. Later, he would note the birds perched on the loops of barbed wire wheeling around the base. He would spot the garganeys and ruffs gliding through the sky, their long migration from Europe almost over.

He had grown quite fond of the canteen he was making his way to now, a low, squat building with thick plastic sheets tacked to the windows, the walls crumbling with damp. Officers and lower ranks sauntered into the building in an assortment of mufti: woolen bobble hats and black T-shirts, wrappers knotted over the arm or tied around the waist, the slovenly slap of slippers ﬂip-ﬂopping their way inside.

Colonel Benatari sat by the door, watching the soldiers ﬁle past. Chike’s commanding officer was a stocky box of a man, his bulk ﬁlling the head of his table. The most senior officers on the base ﬂanked the colonel. They ate from a private stash of food cooked separately in the kitchen. There was always a struggle to clear the colonel’s table, lower ranks jostling for the remnants of fresh ﬁsh and the dregs of wine left over in the bell-shaped crystal glasses.

Chike threaded his way through the hall, edging past square wooden tables and round plastic ones, past benches, stools, and armless chairs, no piece of furniture matched to another. His platoon was already seated.

He was in charge of twenty-three men, charged to lead them in battle and inspect their kit, to see to their hygiene and personal grooming. They were all still in uniform, not a single button undone. When he sat down, they stretched their hands, the clenched ﬁsts of their salutes blooming like doorknobs on each wrist. The conversation did not stop.

“Oh boy, you see Tina today? That her bobby.”

“What of her nyash?”

Tina was a new kitchen worker. His men could talk of little else these days. Chike, too, had opinions on whether Tina was more beautiful than Ọmọtọla but he knew not to add to these conversations. If he spoke, they would listen politely and then continue, a column of ants marching around a boulder.

“Night had come, and with it the sense that Chike could be anywhere.”

Still, he ate dinner with them instead of joining the junior officers’ table. He felt an officer should know the men he was in charge of even though these soldiers under his command would rather not be known. They obeyed his orders but questions about their lives and families were met with a silent hostility. His only friend was Private Yẹmi Ọkẹ, the lowest-ranked man in his platoon, now seated next to him and eating his beans without bothering to pick out the weevils. It was the fourth day in a row they were eating beans and dodo but Yẹmi did not seem to mind.

“Did you shoot today?” Chike whispered to him.

“Good. Meet me by the generator hut when you ﬁnish.”

There were a few slices of dodo left on Chike’s plate, overripe and soggy with oil. Yẹmi would eat them before coming. Chike left the canteen and went outside to wait for his friend.

Night had come, and with it the sense that Chike could be anywhere. The sky was wide and open, the stars visible in a way he never grew used to. The militants would be out in the creeks tonight, piercing the pipes that crisscrossed the region, sucking out oil, insects drawing on the lifeblood of the country. The army would be out too, patrolling the waters.

He stood with his back to the generator hut, the tremor of the machine passing through him. It drank more than two hundred liters of diesel each day, its belly never satisﬁed. The land sloped away from him, a scattering of buildings and tents running down the mild incline of their base. Soldiers clustered in groups, their cigarette ends glowing like ﬁreﬂies. The air was warm and heavy, almost too thick to breathe. It was the ﬂaring that did that, great bonﬁres of gas burning night and day like stars.

The oil companies worked at all hours, ﬁlling and ﬂoating barrels of oil to overseas markets that decided what they were worth: ﬁfty dollars today, a hundred tomorrow, and the whole of Nigeria’s fortunes rose and fell on what foreigners would pay for her sweet crude. Chike had seen the spills, black poison running over the waters, ﬁsh gone, ﬁshermen displaced, ﬂora destroyed. Who was to blame? Not for a soldier to answer.

He saw Yẹmi approaching in his slow, loping gait.

“At ease. You were saying.”

“I no shoot. When Colonel order us to kill that boy, I ready my gun, aim, put my ﬁnger for trigger but I no ﬁre am.”

“I didn’t either,” Chike said. “When those white journalists came, I should have found a way to talk to them. I should have whispered to them that they should look out for freshly turned soil. Must we destroy a whole village before people start to notice?”

The futility of his and Yẹmi’s resistance, the cowardice of it, ﬁngers bent but never pressing down. They would be found out. Someone would notice their limp index ﬁngers or see them slipping their unused ammunition into the creeks. But for their sanity, he and Yẹmi must register their protest in some way.

Chike had not taken much notice of the lowest-ranking member of his platoon until he came upon him one day, crying.

“Nah young girl. E no good,” was all Yẹmi would say. There were others who felt the same about the woman shot for allegedly harboring militants but the only protest he had heard voiced was from the runt of his platoon. Their friendship had begun then, an unequal one where he gave the orders and Yẹmi obeyed, but a friendship nonetheless, based on their mutual distaste for the colonel. A treasonous friendship.

The 9 p.m. bell clanged. The generator would go off in half an hour; the water would dry up soon after, the electric pumping machines silent till morning.

“Dismissed. Thank you for your report.”

Chike walked to the room he shared with three other junior officers. The space was small for four men, eight foot by twelve with only one window, but they were all disciplined, neat with their possessions and clothing. A single naked bulb hung from the ceiling, drawing a lampshade of insects to its hot glass surface. His roommates would be in the junior officers’ mess, a tent he rarely went to these days. There was a bottle of gin passed around and drunk in thimblefuls, there was a radio with a long spoke of an antenna, and there was guilt, evident in how fast the alcohol disappeared.

He sat on his bottom bunk and unbuttoned his shirt before drawing out a slim Bible from his pocket. He read the Bible often now, ﬂicking to a new passage each day, one evening on the plains of Jericho, the next in the belly of a whale, sunlight streaming through the blowhole and into his underwater cell. He liked the improbable images, ﬂakes of manna falling like dandruff from the sky; the formal language of thees and thous, begetting and betrothing betwixt the Jordan and the Red Sea. There were stories of rebellion in the book, of slaves standing up to their masters and waters parting for their escape. Things were less straightforward in real life.

He lay down and stared at the wooden slats of the bed above him, the Bible unopened by his side. His bunkmate had stuck Nollywood starlets to his portion of wall: actresses Chike did not recognize, clutching handfuls of synthetic hair and thrusting their hips at the camera. Chike’s patch of wall was blank. He had put up a picture of himself and his mother, her arm around his waist, her head below his chest, and her left hand raised to the camera, asking the photographer to wait. As the months passed, the hand became a warning, an accusation, a signal from beyond the grave. The photograph was facedown in his trunk now, stowed away under his bed.

Even to witness Benatari’s crimes was to take part in them. There were strict rules of engagement, ﬁxed codes detailing how soldiers should deal with a civilian population, and the colonel had broken every one. Chike could desert, drop his gun and run off into the darkness one night. He could abscond to Port Harcourt, or Benin or perhaps even Lagos, any large city, with backstreets and crowded houses he could disappear into.

And what would he do when he got there? He was not ﬁt for life outside the army. His four years on military scholarship studying zoology at university had proved that to him. He had held his ﬁrst gun at twelve: induction week at the Nigerian Military School at Zaria. By fourteen, he could crawl a mile under barbed wire, shoot accurately from a hundred paces, lob a grenade, curving it in a neat arc that landed on its target. He was nothing more and nothing less than a soldier. He closed his eyes and willed himself to sleep, anxious over what new blood the next day would bring.

From Welcome to Lagos. Used with permission of Catapult. Copyright © 2018 by Chibundu Onuzo.

Bookselling Without Borders: My Tour Through American Bookstores 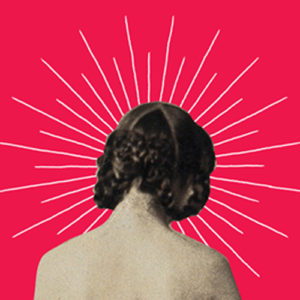 What is the Right Poetry Collection for You? Want to get into poetry but not sure where to start? Prefer to read a whole book of poems straight through instead of dipping...
© LitHub
Back to top