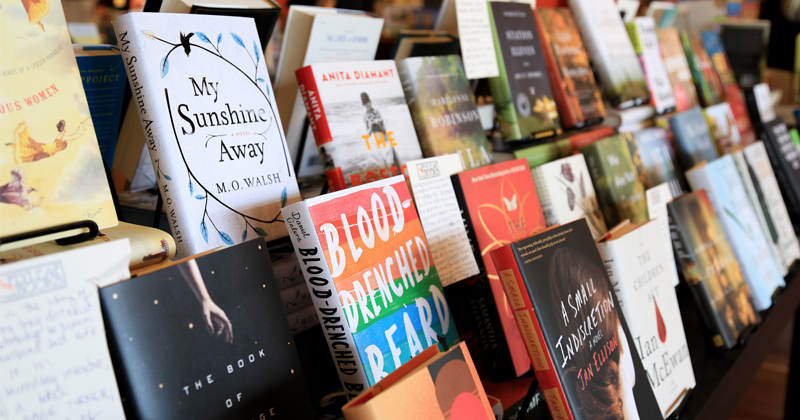 Bookselling Without Borders: My Tour Through American Bookstores

On Expanding and Diversifying the Bookselling Culture

Like many places, New Zealand found its bookshops slowly dwindling over the past decade: Quilters is gone, though its previous owner still operates a private dealership from his home, as is Capital Books, which cited e-commerce from the other side of the world and the process of showrooming as the cause of their demise. Parsons, a long-standing bookshop in Wellington’s CBD, simply couldn’t find anyone with the fiscal capital to take over when the owners wanted to retire. Before finding my home at Unity Books, an institutional indie that celebrated its 50th birthday in 2017, I myself worked in a Wellington owned-and-operated franchise shop until May 2009, when we showed up to work to find a lawyer waiting for us; he told us to close the doors. All of this within 10 years, in a single city! Yet I also served tourists who would marvel that we existed at all. They would tell me, “in our town, all the bookshops have closed.”

Although those turbulent times are seemingly behind us, as evidenced by the rise of indies that has followed, many great booksellers had been forced to close their doors. As the pool of experienced booksellers who could share their knowledge with a new generation halved, the question arose as to how a young bookseller was expected to grow into the trade. How does a long-time bookseller, beginning to wonder about retirement and possibly the future of their shop, ensure that their staff, stellar though they may be, continue to develop and deepen their bookselling skills? Especially in a time when the salary of a bookseller has been dramatically disheartening?

It was clear, not only to me but to my superiors, that with the globalization of reading culture and online prospects, so too must bookselling culture expand itself by diversifying the experience of the next generation of booksellers, and growing new, hopefully long-term connections between bookshops and booksellers. This, precisely, is the intent of the Bookselling Without Borders scholarship. 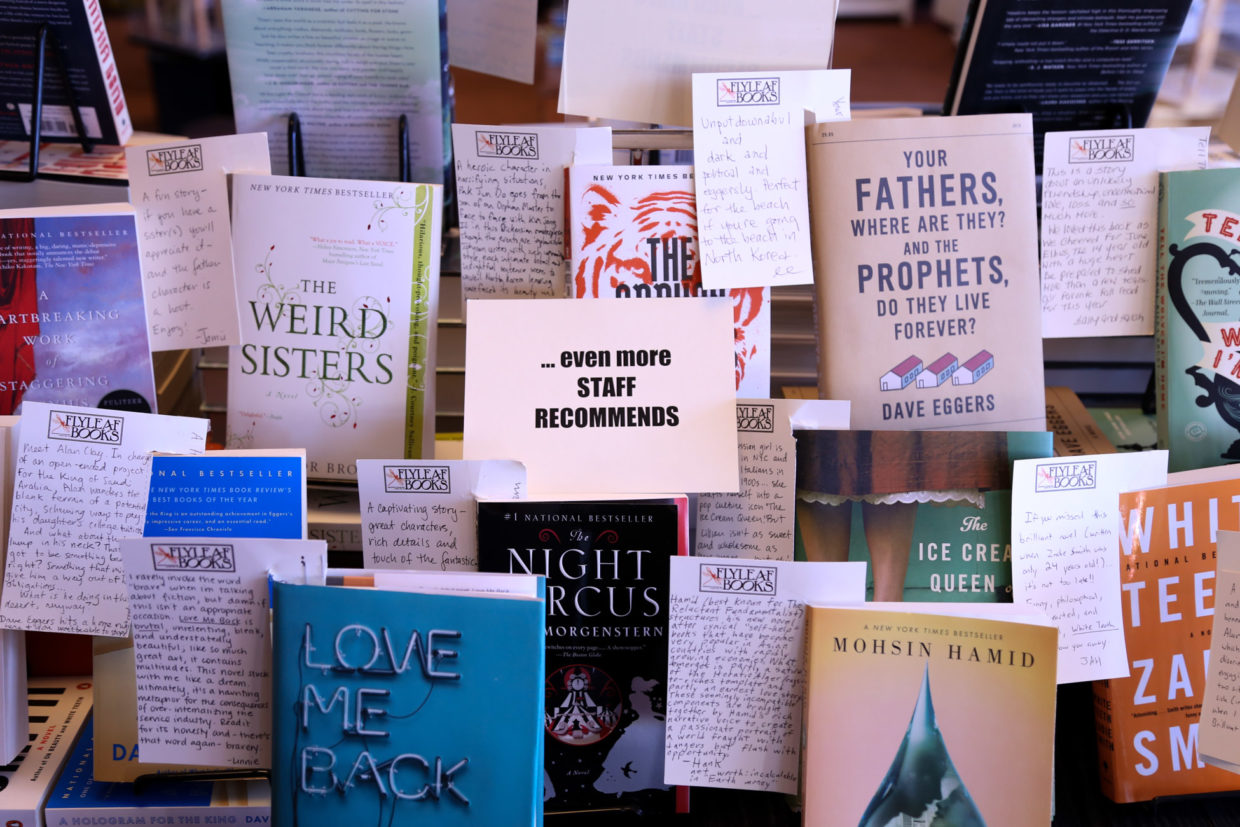 In 2014, the Booksellers Association of New Zealand selected me as one of two booksellers to attend Winter Institute in Asheville, North Carolina. Upon the close of the conference, I would spend a week working in a local independent bookshop, Flyleaf Books in Chapel Hill. In substance, the Winter Institute was not wildly different from a booksellers’ conference in New Zealand, but the attendance alone was ten times higher, and there was a wider range of publishers, reps, and trade services available.

For me, the most significant effect of the conference was being connected to a large, international community of booksellers. In addition to the folks at Flyleaf, I met booksellers from Denver and San Francisco, New York and Austin, France and Australia. I travelled through Colorado and California for two weeks after my time at Flyleaf ended. It was surreal to hear someone yell out “Matt!” in a state I had never visited before—a Tattered Cover bookseller I had met 10 days earlier.

Throughout my time in the US, booksellers generously offered to spend time showing me their shops, and their communities. A bookseller from Rakestraw Books in Danville, California, offered to drive me around the greater Marin area and show me a number of bookshops I wouldn’t have otherwise been able to see. Each differed wildly from the next; he took me to second-hand dealers, a cookbook-focussed bookshop, several small indies that were advocates for local publications and often publishers themselves. 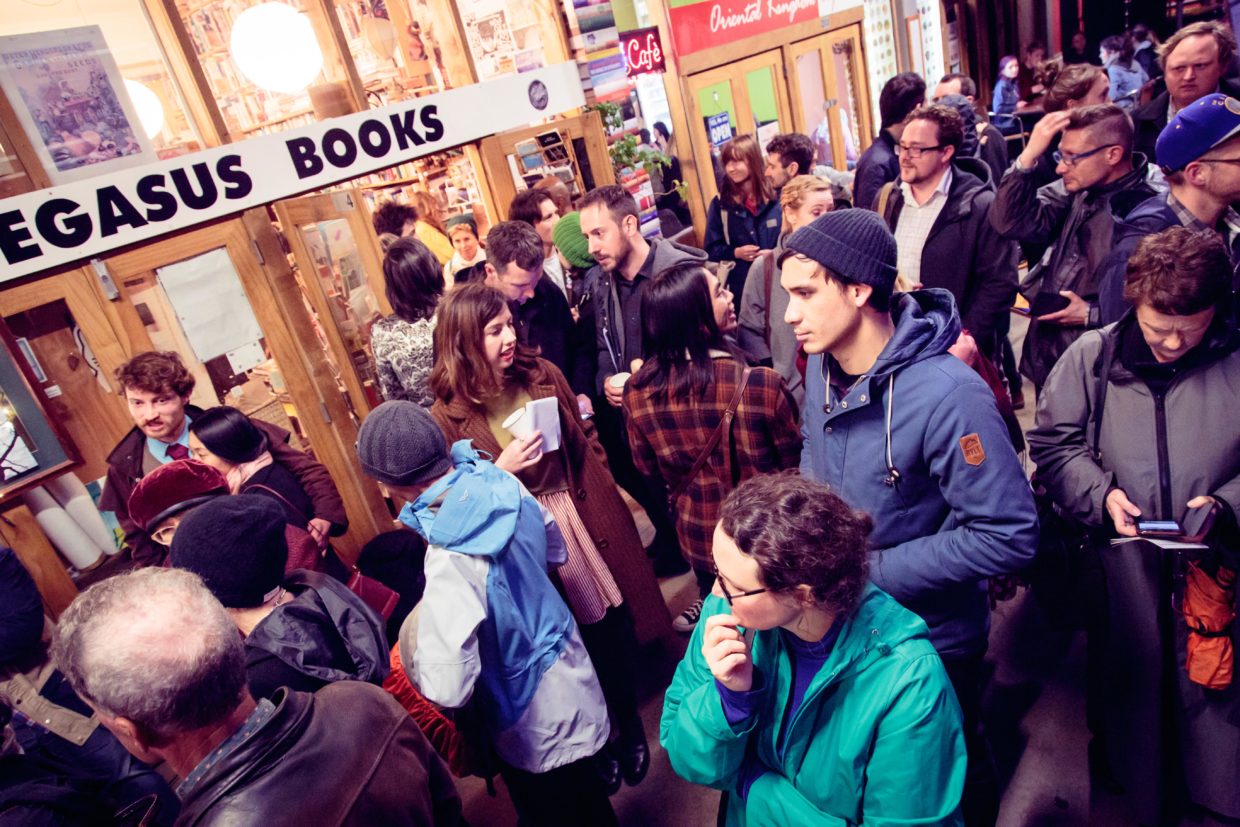 At City Lights, I spent an afternoon talking to the Paul Yamazaki about the common elements of our shops’ respective histories and what problems he felt were facing bookselling in 2015. With so many varied and diverse bookshops across the globe, it’s heartening to find commonality on the other side of the world. He showed me the ways in which City Lights had developed over the years; since its humble beginnings in 1953 as a tiny storefront, it has gradually taken over the building in which it resides. (My own shop started the size of a closet and had moved through four locations on the same street over the 50 years it has been open.)

The booksellers at Green Apple Books showed me their computer system and merchandising, the range they have developed in response to their readers, their hand-selling culture (personally, one of my favourite things about bookselling), and the ways they work with publishers in California. It strengthened my personal belief that publishers and bookshops should work in tandem, relying on each other’s perspective to work through issues facing the bookselling community. In Asheville, Chapel Hill, and San Francisco, the bookshops with the deepest, richest histories all had strong relationships with one or two specific publishers who most met the needs of their customers. 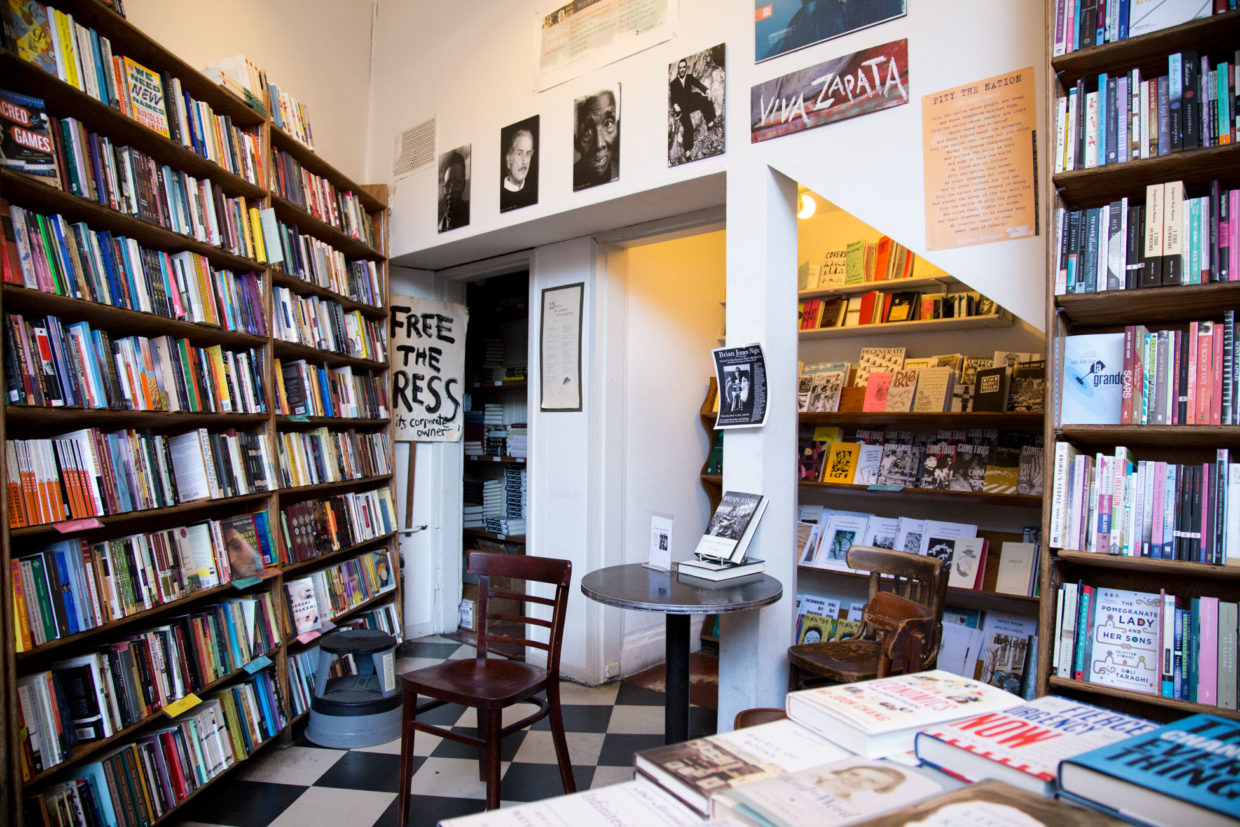 Because of Bookselling Without Borders, young booksellers can come to understand their bookshop’s place in the larger bookselling ecosystem. They’ll come to see what they can do to cement their home shop into the culture of their own city, and they’ll make personal connections with booksellers around the world. As 2017 scholarship recipient Courtney Smith puts it, each recipient has come back “bursting with ideas and energy.”

2018 recipient Cassie Richards elaborates: “there is so much value in the sharing of ideas and experiences. Indie booksellers should stick together! Cross-culturally, there will be a lot for me to pick up on and bring home.” And that benefit is mutual; Courtney advises future scholarship recipients to “take local books with you; you have so much good shit that the world wants to know about.” I also found local books and publishing were the elements of my home shop that other booksellers responded most strongly to.

Personally, I see a quite simple benefit to the scholarship: any bookseller who receives it will see the full impact of bookselling. While intellectually stimulating and personally rewarding—there’s nothing like having 50 regulars come to you for their reading fix, and sometimes for the solution to life’s problems—bookselling is also a valuable and important for the literacy and education of the world. There is great benefit to encountering diverse voices and being able to promote other cultures’ literature; this can serve as an edge against ignorance. As we continue to face an ever-changing global culture, the value and the worth of sharing and listening to other voices cannot be understated. So if you ever have the chance to visit the literary community in another country, I recommend you take it; not only will you be able to promote the voices from your own community, but your worldview will inevitably be deepened as well.

Visit Bookselling Without Borders here to read more about their mission.

Matt Bialostocki is a bookseller and photographer in Auckland, New Zealand
http://www.mattbialostocki.com 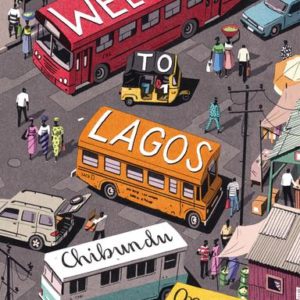 Bayelsa Evening swept through the Delta: half an hour of mauve before the sky bruised to black. It was Chike Ameobi’s...
© LitHub
Back to top
Loading Comments...