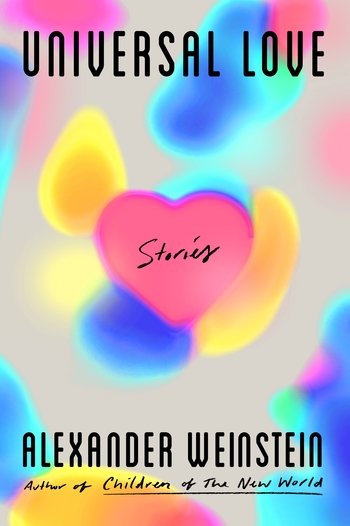 The following is a story from Alexander Weinstein's short story collection Universal love set in a near-future world where technology has altered the way people love. Alexander Weinstein is the author of Children of the New World, which was named a notable book of the year by The New York Times, NPR, and Electric Literature. He is a recipient of a Sustainable Arts Foundation Award, and his stories have been nominated for the Pushcart Prize.

We never should’ve opened our hearts to their tears. But how can you say no to your children? And when they asked why, we told them it was dangerous. They were only five, eight, ten; they were kids. Wasn’t it enough that they had their smart phones? Their tablets? Their laptops, their virtual reality consoles, their screens upon screens upon screens?

But our children kept asking. Every birthday when they unwrapped their gifts, full of more electronics, we saw their disappointment. Why couldn’t they have it? they asked over breakfast, over lunch, over dinner. They asked when we picked them up from school or went grocery shopping, and we spent hours repeating our reasons, only to be asked again when we tucked them into bed at night. Maybe, in retrospect, we agreed simply to get them to stop asking.

One could always have it removed, we reasoned. And we turned to our husbands and wives—our companions who should’ve stopped us—but they, too, were exhausted from all the pleading. Most days were spent checking texts with the addiction of chain smokers or searching for funny GIFs as if seeking the Holy Grail. At the end of the day, all we wanted was a couple hours of uninterrupted scrolling.

And so, we printed out appointment confirmations and placed them inside gift boxes on our children’s birthdays. Or the gifts were bought for our kids by grandparents. “We know it’s expensive,” our parents told us, “but we wanted to spoil them.” And then what could we do? When our children unwrapped their presents, their faces were illuminated as if discovering a kitten.

The surgery was as painless as promised. A small handheld injector no larger than a pocket flashlight was pressed to our children’s temple. Count to three, the technician instructed. One . . . two . . . Our children winced, a couple tears appeared in the corners of their eyes, and then it was done. They opened their eyes, looking slightly dazed, and we took them out for ice cream, told them they’d been brave, that they’d done a good job. At home we let them rest in bed, watched for symptoms, and feared the worst. But they just lay in their dark rooms, their eyes shining, and finally they yawned, stretched their arms, and blinked on their inner connections.

All of a sudden, our children fell silent. We watched as they crouched in the middle of the carpeting for hours, entertained by nothing it seemed.

They talked so much in those first weeks. We couldn’t stop them. They talked upon waking, they talked in the shower, at breakfast, on the way to school, their small voices ringing out as if using their words for the last time. They gave nonstop narration from backseats as they navigated the ethers between their brains and our world, interacting with the animated animals which floated invisibly in the air. We grew tired of their ongoing laughter, their joy which excluded us. Please, we said, we just want a moment with you. “Ha!” they laughed, and told us they’d placed filters over our faces. We suddenly had giraffe ossicones, cat ears, and dog noses. Hahaha! Now we had horse teeth! Now fish lips! Speech bubbles emerged from our mouths when we told our kids to please turn off their browsers; it was time for dinner. Hahaha! They couldn’t even hear what we were saying; they’d turned our voices into bird chirps! Please, we asked them again, aware of the helplessness in our voices. We need you to turn off your connections. And finally, they blinked their eyes and told us they had. But when they giggled during dinner, how could we be sure they’d closed anything down?

Then, all of a sudden, our children fell silent. We watched as they crouched in the middle of the carpeting for hours, entertained by nothing it seemed. They sat alone in their rooms, their hands building invisible castles. When we asked them once, twice, three times what they were doing, they told us with frustration to please be quiet; they were trying to concentrate. Our houses became silent again and our children stopped asking for things. Only for our credit cards, which they needed to purchase upgrades. “No,” we said.  Please, they asked.  No, we repeated, we weren’t about to put our credit card numbers into the ether. But they cried and they yelled at us, and when they wouldn’t relent, we finally read the numbers off our cards and gave them expiration dates.

We tried to tell our children about the benefits of having at least some offline time. An hour or two, even a couple minutes. Just to take a walk, to ride a bicycle, to play in the snow or watch springtime lightning storms. We printed up contracts with consequences for spending too long online, had our children sign on dotted lines, forced them to make promises which were never fulfilled. We begged. We pleaded. They told us they understood. Then they went back to their rooms to build invisible cities.

Their grades plummeted. All their homework was in the ether, and we watched them moving their hands in the air, looking no different than when they played online games. It sure didn’t seem like Math, but it was impossible to check. We petitioned the school. Could we go back to pen and paper? Stay with tablets and laptops? We were patiently listened to by kindly educators who all nodded their implanted heads. They smiled at us with illuminated eyes and shared the good news: our school’s STEM program had just received a grant for low-income implantation. Philanthropically-minded tech foundations would be offering free online textbooks, soon our district would be completely implanted, the libraries of the world as near to our children’s brains as the backsides of their eyes. But though we wrote letters to the Board of Education and launched minor but vocal resistances at PTA meetings, our newspapers were awash with the future of implanted education.

Why didn’t anyone understand? Our children needed sleep. Late at night, they lay in the darkness of their bedrooms wide-eyed and grinning. Go to sleep, we told them. They needed rest, they were children. And yet, were they? Their minds now accessed every history lesson, every blog, every googled answer to any argument we had. They’d long ago surpassed us. Go to sleep! we yelled and immediately felt horrible about our parenting. Later, we’d peek into their rooms, see their closed eyes, their faces resembling the toddlers we once knew, and we’d sigh. Yet, behind their closed eyelids, how could we be sure they were ever sleeping?

We decided to have the chips removed. We returned to the store and waited through endless lines only to have a young technician hand us a pamphlet portraying two sad looking teenagers. Yes, we could have the chip removed, but it came with disastrous side effects: anxiety, social isolation, depression, suicide. We were reminded about our service contracts—the ones we’d signed but had never actually read. Are you kidding? we asked when the young salesperson showed us the contract. Would we really be paying this off for the next five years? Yes, the boy said. Even if the chip was removed? Yes, he said. What if we cancelled our plan? We’d still be paying it off, he told us again, smiling gently.

We searched online and found blogs by parents explaining the tedious process of creating Parental Blocks. All we had to do was sync our accounts by left blinking and scrolling right with our eyes. We stopped reading and typed Parental Blocks for Parents without Implants. We searched, we googled, navigated dead hyperlinks, called toll-free numbers and sat on hold for hours simply to ask about setting up a password to our children’s accounts. And at long last, a few of us succeeded in placing blocks on our children’s usage.

We became vigilant. We cancelled the connection to our apartments, shut off the electricity, and sat in candlelight with our furious children.

Our children found ways around them easily.

We became vigilant. We cancelled the connection to our apartments, opened our fuse boxes, shut off the electricity, and sat in candlelight with our furious children. They yelled at us, but we informed them we weren’t going to relent. This was for their own good. We were their parents, we said, and we stood strong against them. It was only then, once we’d mounted our counter-offensive and held our ground that our children retaliated.

How they gained access to our passwords we have no clue. But here was a list of our past search histories; the emails we’d sent wherein we complained about bosses, or neighbors, or parents, or friends. Here were the porn sites we’d visited, the sexts sent to our partners. Here were databases upon databases of our most shameful secrets, tallied, and collated. Our children stood in our living room. Did we understand how easy it would be for them to share this with the world, they asked. They could make our private lives public with nothing more than Wi-Fi and a single blink of an eye.

“Of course we can,” they said, looking at us as if we were toddlers.

Writers are calling for a professor's reinstatement after he was fired for posting a political joke. 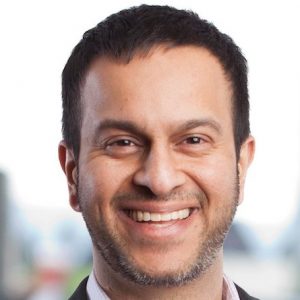 Writers are calling for a professor's reinstatement after he was fired for posting a political joke. On Wednesday, more than 160 writers, academics, and civil liberties organizations signed an open letter addressed to the president...
© LitHub
Back to top