On the Expansive Reading and Insights of Tony Judt

I cannot tell you how much I depend on Tony Judt these days. When it came to 20th-century Europe, Judt was without peer. He illuminated the rise of fascism, the triumph of democracy, why the right took power in some places, the left in others. As our contemporary politics gets more and more ominous, his books loom larger in my mind.

Before he died in 2010 of ALS, Judt gave us at least one indispensible book. It is the masterwork known as Postwar, a titanic effort that in 900 pages narrates the six decades in which Europe recoiled from Armageddon and built a prosperous, united continent. This book is the very first thing I would put into the hands of anyone who asked me to explain where our current politics comes from and why so many of our leaders are striving to tear apart the fine civilization that was built in the wake of history’s worst war.

I would then suggest they read Judt’s remarkably prescient collection of essays. He knew just how fragile were the prosperity and peace the West had managed to build, and, in fact, in a 2008 essay he warned that “fear is re-emerging as an active ingredient of political life in Western democracies . . . the politics of insecurity are dangerous.” Had he lived to see the rise of Donald Trump, Theresa May, and their fellow autocrats, he would surely have known that he was proven correct.

Judt was that increasingly rare thing—a true public intellectual who possessed the rigor of the academy but could write for a general audience—and he was only possible because his reading was boundless. Look through his work and you will find, among others: Arthur Koestler, a Hungarian; Primo Levi, an Italian; Hannah Arendt, a German; Albert Camus, a Frenchman; Leszek Kołakowski, a Pole; Amos Elon, an Israeli; Edward Said, a Palestinian. You will see familiarity with Romanian periodicals, with Russian history, with the oft-neglected Belgium, with philosophers of every stripe. Judt was such a voracious reader that for his 13th birthday he received a three-volume study on Trotsky, and demolished it.

Judt inspires me to never stop broadening my boundaries as a reader, and this is something we all need to do these days. It has become a cliché to say that we live in a globalized world—we drink coffee that was grown in Central America, use smartphones whose components are manufactured in dozens of nations, eat cuisine from every corner of the earth, apply Korean beauty products, drink wine from Australia, outsource our customer service to India, and of course wear clothes made in too many nations to name. But only a tiny amount of the books found in our bookstores come from countries other than the United States, largely because our publishers choose to publish so few every year.

It makes no sense to me that we live in a globalized world but seek to understand it through largely monocultural reading. Tony Judt’s astounding knowledge was only possible through a lifetime of globe-spanning curiosity, and his masterful ideas on European and American history were only possible because of what he read. If we do not follow him in reading beyond our borders we will have no chance of comprehending—much less solving—the problems our culture(s) faces today.

The Scottish author A.L. Kennedy said as much when she recently excoriated risk-adverse British publishers for their xenophobia: “Europe reads us, although we don’t return the favor. Britain has little appetite for foreign work. Or, perhaps more accurately, British publishing has little appetite for foreign work.” Kennedy elevated her critique from a purely literary accusation to a political one, calling the lack of foreign literature “dangerous” to Britain and linking this failure to Prime Minister Theresa May’s blatantly anti-immigrant, anti-Europe rhetoric. At length, she celebrated everything readers have to gain by reading beyond their borders:

For more most of my lifetime as a writer, less than five percent of all our books printed in any year are translated from any language. I am a writer built out of Chekhov, Calvino, Levi, Perucho, Vian, Alfau and so many other terribly foreign and European voices. I am writer who walked in Paris, in Moscow, in Granada and had, in a dreamlike way, already been there in books and books and books. There was no culture shock, there was only a larger and larger culture, echoing and debating and rippling before and behind.

It is not hard to see the same critique applying to the rise of Donald Trump in the States. We know that the places where foreign literature tends to do well are generally more diverse, more open to outsiders, and more curious to know about the lives of others. We likewise know that in those places that celebrate diversity Trump fared horribly, whereas in places uneasy with foreigners he scored large victories.

I do not mean to be preachy. I have worked with translated literature for many years, and in that time I’ve heard more than enough dutiful statements about the grave importance of cultural exchange. I never suggest that someone read a book because it’s “good for you,” and I never do so myself. First and foremost, I read so much international literature because it is what appeals to me—I don’t do it to support a political agenda, nor from a sense of personal obligation.

I am simply curious about the way people live elsewhere, and I deeply believe that I have much to gain from the insight people in other societies have brought to the common dilemmas faced by all. No group has a monopoly on the right answers to timeless quandaries, and we would be foolish not to learn from each other’s experiences. Furthermore, we can only put together the full picture—as Judt so masterfully did—if we possess all of the pieces. It is only through world literature that I have come to even partially understand the history that has occurred throughout the globe.

We also do poorly if we are not empathetic to the lives of other people, and in this realm words can be extraordinarily powerful. I think of the winter I visited Manzanar, one of the camps where Japanese-Americans were interned during World War II. Like everyone I had read about this sorry episode in our high school history textbook, and it didn’t make a terribly big impression. But to actually visit the site—and to read and hear the internee’s stories narrated in their own words—brought tears to my eyes. It has been almost four years and I have never stopped feeling dismay at all those lives ruined.

When you read a text you are entering into an intimate relationship with another person’s voice. The encounter requires all of your focus, and it often takes advantage of language’s unique capacity to engage all of your senses. The results can be profound.

Unfortunately, however, such profound experiences can only occur if the words are available to the reader. We in the publishing community have a responsibility to make a deep engagement with the whole world possible here in America. As readers, as publishers, as editors, as librarians, as booksellers, it is up to us to live up to this responsibility. I know that the forces currently seeking to tear us apart fear it when such eye-opening knowledge is spread, and they rest easy when we purvey monoculture that keeps our horizons narrow.

We must always challenge ourselves with books that take us outside of our comfort zone, showing us just how much we don’t know. It is a fact that foreign books have a particular affinity for doing just that. Let me provide one example: I was recently in Houston, where I spent some days with my good friend Mark Haber, who is a bookseller at Brazos Bookstore and who also leads a monthly reading group there. Mark told me about his experiences last summer, when for three months his group read and discussed Roberto Bolaño’s marvelous, thousand-page 2666. Mark first explained that many members of the group chose to read the book in the original Spanish, and I was surprised learn that Houston is so rich in passionate bilingual readers. He also told me that the group boasted Mexican immigrants, who provided particular insight into the large parts of the book that take place in Mexico. Of course there were also many monolingual Americans, no doubt thrilled to have so many original perspectives on this complex book.

To me, what sounded so special about the group was how people of different backgrounds came together around this enormous, global text, each being able to elucidate different parts based on their different backgrounds, experiences, and languages. That is one of the great things about books from foreign cultures: even while they remind native-born Americans how much there is to know about the world, they give outsiders an opportunity recognize their own particular knowledge. This process rips apart the typical dynamics that govern our ideas of citizens and foreigners, opening up spaces for conversations between people of different cultures.

Of course, these conversations can only take place if the books are available. Having worked so long with world literature, I am familiar with all of the arguments about why such books are risky, and why they cost more to produce than home-grown literature. I am sympathetic to these arguments, and I know as well as anyone that publishers survive on razor-thin margins. Still, I would like to ask that we do better. Yes, there is a risk and a cost to doing foreign books, but isn’t the risk and the cost much higher in denying the next Tony Judt the books necessary to feed his or her young imagination? And isn’t the payoff to living in a nation rich with the world’s stories so much greater that just a little more profit on the ledger?

A Few Books for Piecing Together How the World Got Here 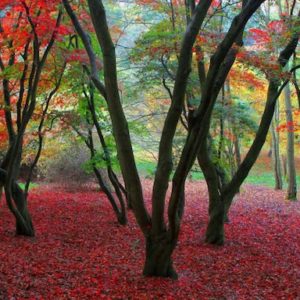