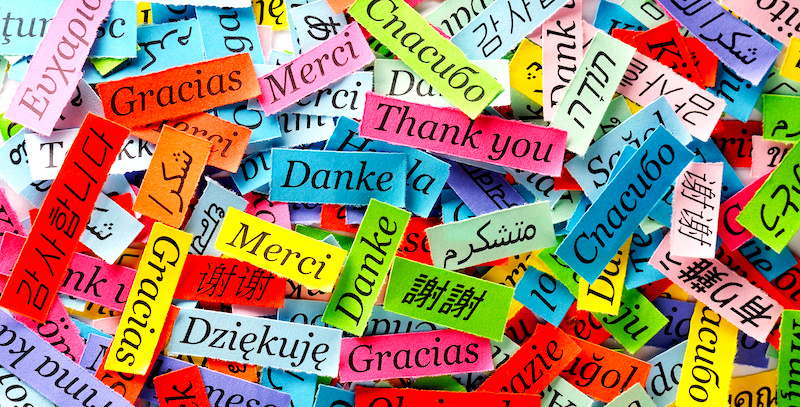 WATCH: Writers and Translators on What It Means to Have a ‘Mother Tongue’

The three-part miniseries “Motherless Tongues, Multiple Belongings,” which explores and explodes the notion of the mother tongue, is part of Translating the Future, which took part from May to September of 2020 and commemorated the 50th anniversary of the first international conference on literary translation held in the United States. Translating the Future was co-organized and co-hosted by Esther Allen and Allison Markin Powell, and the conference was convened by PEN America’s Translation Committee, the Center for the Humanities at the Graduate Center, CUNY, and the Cullman Center for Scholars and Writers at the New York Public Library. You can watch all three conversations below!

Mónica de la Torre: I really like the fact that you use the word loyalty. It’s something that we could spend a lot of time talking about; one’s loyalty to a language. I will answer your question but before I answer it I just wanna say that what it makes me think about is this sense of a possible betrayal when you choose not to write in the language you are expected to write in. So, in my case, I would’ve been expected to write in Spanish, and I did and I still do, but not the degree of commitment that I bring to English. And so I think that kind of tension is really productive and it can’t be easily forgotten. Yeah, what choices are we making, say, when we choose to adopt the conventions like Jeffrey was talking about, academic writing in Japanese. That is producing a body of knowledge that will be available to a readership and not to another readership. So what kinds of imbalances might that produce, or what are the questions that accessibility and the lack of accessibility bring up are really interesting to me and it’s something that I wrestle with. Now, your question about what to translate; I think in terms of loyalties, I think is really pertinent as well because what it conjures for me is the opportunity that translation gives one to establish a lineage between one’s creative practice and the body of work that you choose to read so closely and be so intimate with when we translate. So one of the things that I was trying to do when I began translating a very long time ago, also out of the sense of like what?

How can it be that American poets that I’m encountering in my MFA program and everything have basically three frames of reference for poetry written in Spanish: it’s either Octavio Paz, Federico Garcia Lorca, Neruda, and some, like the really sophisticated people who read outside of that had also read Vallejo. And that was it! And so it was like I need to do something about it, so perhaps it was a bit hubristic to try to go “I’m going to rectify this and I’m gonna translate all these women poets”, contemporary women poets who were not being translated; and then I undertook another project that was actually really hubristic and it was this neo-baroque Mexican-Spanish refugee poet, Gerardo Deniz, who at the time was incredibly difficult to translate because all the work is super, hyper-referential. One poem might have 55 allusions that back in the pre-internet days would take you a really long time to figure out in order to translate. But that’s what I did and I wanted to bring some of the richness of other forms of expression that were resistant to translation precisely because of their complexity. It was that particular type of neo-baroque poetry that I thought needed to be brought into English because precisely the fact that it was so complex was the thing that was making it not appealing to translators. It doesn’t translate well and that was the issue for me.

Boris Dralyuk: I really appreciate that question. And I think it actually gets back to a question of mine that I’ve been waiting to ask from the beginning that has just kind of snowballed in my mind, which is, and something that Eric brought up, and that you too hinted at, the role of poetry and translation in creating a recognition for languages that are dismissed as dialects or corruptions or idiolects. And basically training the audience to appreciate, through pleasure often, through great emotional rewards, a certain language for which they simply didn’t have the appreciation before. I do write nonfiction. I feel nonfiction is a tool of in the same toolkit. What it does is it creates a kind of entry point for people into a tradition that they may at first shrink from, because it seems too unfamiliar. But if you do it right, if you set something up correctly, either through, as you do by using a 14 line form that is immediately recognizable to the eye and kind of welcomes the reader to the page, or through a nonfiction introduction, or through a pop song in a classroom, you’re welcoming people into a tradition that they can then breathe freely in. So, all of these things in my mind are intertwined. All of the very minor roles I play both as a reviewer and as a blogger, which is the most motherless form of writing. And as a poet of and as a translator, all of these things blend together there, I think are meant to welcome people to a small peculiar world that is actually much bigger than they think. I don’t know if that answers your question.

María José Giménez: I’m so fascinated noticing just hearing you both speak of, in a way we come up with strategies, right? To exist in this in-betweenness that is speaking in other tongue, and I relate to both of your strategies, or where you’ve come to. I was really, when you said Janet, about the characters that you’re drawn to, in the work that you choose to translate, I actually, I share that but I think I tend to gravitate towards work that is very rooted and embodied, and uses language to explore this in-betweenness, but in a sense looking at people and places deeply and creating a sense of intimacy with the world and with the body that is sort of inescapable. And that’s been a bit my strategy as a writer and as a translator, and just basically inhabiting this world where I’m always moving around and moving between language, different linguistic spaces and different combinations of languages. And in a way, I have created, or I have chosen to see language and writing, since I was little, as a place of escape and as a place of where I could retreat to, as a refuge, and I was always an avid reader and I’ve noticed that even in my own writing, it’s sort of this place that I can carry with me. It’s a place that I can enter whenever and wherever I am.

And the authors that I feel drawn to, especially the authors that I feel like, that I feel compelled to translate, often address the problem of displacement, the problem of being marginalized or being left out, and one of the ways that at least I sense them or I receive them, exploring these issues, is through actually creating more connections with specific things, like the body or the land or plants or animals and going into these worlds and recreating something. And in a way for me, my writing, as part of my translation practice, because now they’re really inseparable, has become a place of reconnection, where for a long time, I was translating other people’s work as a way to avoid writing my own work, because it felt like this impulse that once I started, I wasn’t going able to, I wasn’t going to be able to stop, and that’s actually what’s happened. That I’m basically spending all my time either writing or translating, and I really can’t stop, and it’s a problem. But one of the beautiful things that’s happened is that now I’m translating my own work, and not only translating my own work, which I wasn’t able to do for a long time, is that now, a lot of the poems come out in both languages at the same time. And I’m like trying to catch up and, you know, writing as quickly as I can, because I feel the other language, whether it’s Spanish or English, I feel it, like, as I’m writing, like coming out at the same time, and it’s really frustrating sometimes.

Jeffrey Angles is a poet, translator, and professor of Japanese literature at Western Michigan University. His collection of original Japanese-language poetry won the Yomiuri Prize for Literature, a rare honor accorded only a few non-native speakers since the award began in 1949.

Monica de la Torre works with and between languages. Her books include Repetition Nineteen, just out from Nightboat Books, and The Happy End/All Welcome, published by Ugly Duckling Presse. She teaches poetry at Brooklyn College. A recent photo-essay appears in Granta 151: Membranes.

Bruna Dantas Lobato is a Brazilian writer and translator based in St. Louis. Her writing has appeared in A Public Space, BOMB, Los Angeles Review of Books, The Common, and elsewhere, and has been recognized with fellowships from Yaddo, A Public Space, NYU, Bennington College, and DISQUIET. Her translations from the Portuguese have appeared in journals such as The Kenyon Review, Harvard Review, and Massachusetts Review. Her translation of Caio Fernando Abreu’s story collection Moldy Strawberries received a 2019 PEN/Heim Translation Fund Grant and is forthcoming from Archipelago Books in 2021.

Boris Dralyuk is a literary translator and the executive editor of the Los Angeles Review of Books. He is co-editor (with Robert Chandler and Irina Mashinski) of The Penguin Book of Russian Poetry, editor of 1917: Stories and Poems from the Russian Revolution and Ten Poems from Russia, and translator of Isaac Babel, Mikhail Zoshchenko, and other authors.

Eric Tsimi is a Cameroonian novelist, playwright, and journalist and an assistant professor at Baruch College, City University of New York. His creative works include El Africano, which was longlisted for the 2020 Prix Hemingway Prize.

Rajiv Mohabir is the author of The Cowherd’s Son, winner of the 2015 Kundiman Prize, and The Taxidermist’s Cut, which was a finalist title for the 2017 Lambda Literary Award for Gay Poetry in 2017. He is currently an Assistant Professor of poetry in the MFA program at Emerson College, translations editor at Waxwing Journal.

Pierre Joris has moved between Europe, the US & North Africa for some 55 years now, publishing as many books of poetry, essays, translations and anthologies—most recently A City Full of Voices: Essays on the Work of Robert Kelly. When not on the road, he lives in Bay Ridge, Brooklyn, with his wife, multimedia praticienne Nicole Peyrafitte.

María José Giménez is a poet, translator, and editor whose work has received support from the NEA, the Studios at MASS MoCA, the Breadloaf Translators’ Conference, Canada Council for the Arts, and Banff International Literary Translators’ Centre. Among other awards, María José has been named 2019–2021 Poet Laureate of Easthampton, Massachusetts. 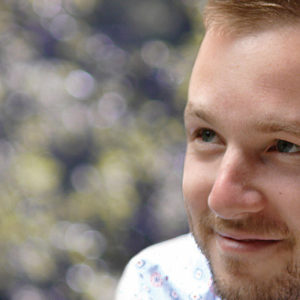