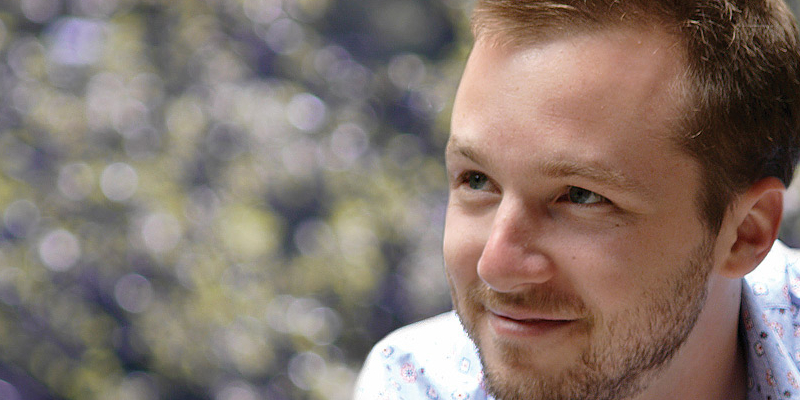 Jennie and Marcy talk with Adam Gidwitz, author of fantastical books including The Inquisitor’s Tale and A Tale Dark and Grimm, about storytelling versus writing, reading terrifying fairytales to second graders (and getting heckled while doing it), and the legacy of Roald Dahl.

Jennie Law: You were saying that originally, when you were looking at books to write, you were looking for one that took the world seriously and took the gods seriously but also was really fun for your students. And I feel like The Inquisitor’s Tale does that. But was it hard to balance that? Because it seems like a lot of the serious things were made up by you, but a lot of the sillier things were actually real or based on real stories. It seems like it might have been hard to balance those things.

Adam Gidwitz: That’s a really astute observation, and it actually hadn’t occurred to me, but you’re totally right. The gonzo, weird stuff is not stuff that I made up. And in fact, that’s true for the Grimm books, too. I think I have a better appreciation for weird stuff than I do imagination for it. And honestly, that gets back to my storytelling. That goes for plots in general—I find coming up with plots impossible. I’m terrible at it. What I like to do is hear stories and then see what parts are going to speak to kids and expand those parts and sort of retell them.

In The Inquisitor’s Tale, I had to make up the more serious stuff because the serious parts were intimate stories about children dealing with finding their place in the world, dealing with discrimination, and we do not have records from the Middle Ages of how kids felt about those things or dealt with those issues. We know kids experience them because there were all sorts of things that were happening to people, marginalization and persecution in the Middle Ages, in addition to all sorts of wonderful things in the Middle Ages. It’s not a dark time, just a difficult time, kind of like ours right now.

So kids went through all of this crazy stuff, but we have no records of how they felt about it. And so, I had to make that stuff up. But you’re absolutely right. The dragon with deadly farts, the guy wearing nothing but underwear beating fiends to death in a forest with a donkey’s leg, I didn’t make up any of that. That’s all medieval stories.

Jennie Law: And a holy dog. I loved it.

Adam Gidwitz: And the holy dog. How could I not write a book about a holy dog? When I found out that it existed, I mean.

Marcy Cornell: And did I also read that Laura Amy Schlitz was your school librarian and looked over the first draft?

Adam Gidwitz: Oh, yes. She was my school librarian; she’s looked over many of my drafts. It was before she was writing books for children, or publishing books for children anyway. I don’t know if you’ve ever met her; she’s an unforgettable figure. She wears long, flowing dresses and her hair comes down to the middle of her back, and it used to come down much farther, if I remember correctly, which I may not. I think she became our librarian when I was in fourth grade.

Recently we did an event together talking about our books and our shared history, and I said that I remembered so vividly her incredible stories, because what she does in the library is she reads either fairytales, folk tales, other short stories that are appropriate for kids beforehand, memorizes them, practices them, and then performs them for the students, which was unbelievable. And I remember them so vividly. I remember the details, I remember the language and the way she talked. I said that on stage and she said, “That’s funny, Adam, because what I remember about you is that you were crawling on all fours all around the library while I was telling my story.” And I was like, yeah, but those are not mutually exclusive. I was definitely listening.

Adam Gidwitz is the author of the critically acclaimed, New York Times bestselling Grimm trilogy. He spent six years researching and writing his Newbery Honor–winning The Inquisitor’s Tale, including a year living in Europe. Adam lives with his family in Brooklyn, NY. Find Adam online at adamgidwitz.com or @AdamGidwitz. 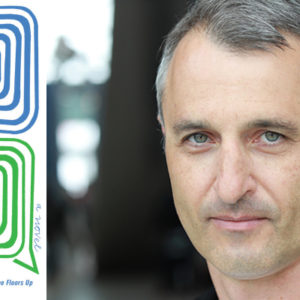 In Eshkol Nevo's The Last Interview, an unnamed but famous author answers a set of interview questions that send him back...
© LitHub
Back to top