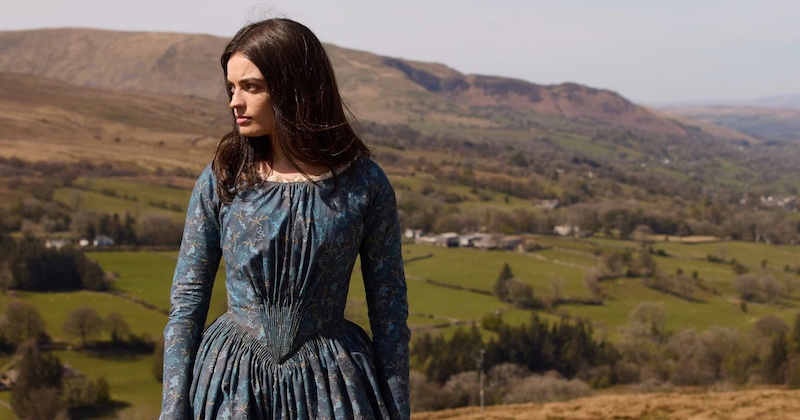 Yesterday, Warner Bros. UK released a trailer for Emily, their new Emily Brontë biopic, which stars Sex Education’s Emma Mackey and was written and directed by actor Frances O’Connor in her directorial debut. It will not be entirely true to the life of its subject, which the trailer reminds us—in looming hot pink text—was a REBEL and a MISFIT and a GENIUS, not least because it blesses her with a historically inaccurate love affair. “I know there’ll be some people that are pissed off about it,” O’Connor told Total Film. “People like Brontë historians will probably say, ‘Well, that didn’t happen.'”

“We certainly have no evidence for her ever having a love affair in her life,” Ann Dinsdale, the principal curator at the Bronte Parsonage Museum, told The Telegraph. “And she, of course, never married. I think people love to try and guess at her inspiration. A lot of people believe that Wuthering Heights, with all of its passion, could not have been written by someone who had not had a love affair. But she was a solitary person, and there is no evidence she ever had a romance, or really had any interest at all in ever having a romance.”

The movie is technically a period piece, though O’Connor said she doesn’t think of it that way. “I didn’t do any crane shots, I kept it very handheld and intimate in keeping the acting very natural,” she told Total Film. “I encouraged all the actors to just forget about it being a period piece and just concentrate on the scenes and what [their] objectives are. That kind of period style acting, when everyone starts acting very proper, I’m pretty sure no one acted like that back then. There might have been moments when they were formal, because they knew the rules, but I wasn’t really interested in doing that, because I think you limit the story a little bit. It’s a bit of a turn-off for audiences.”

Speaking of turn-offs, will there be anything in there about the graveyard water debacle? I guess we’ll just have to watch and find out.