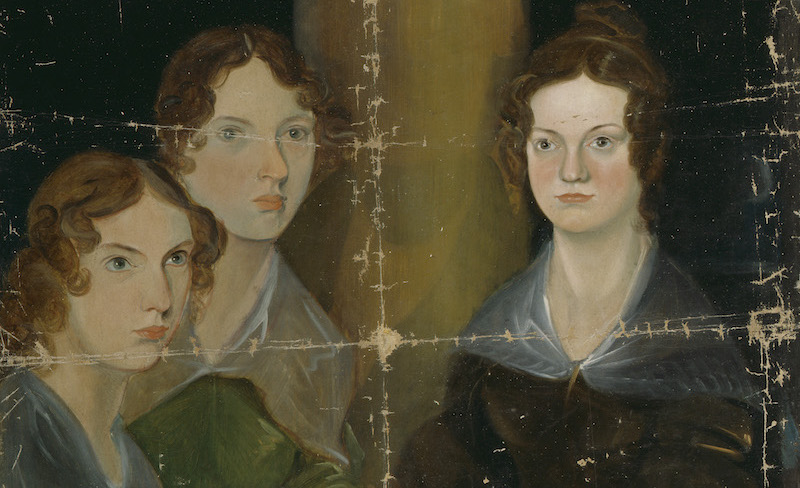 Apparently the Brontës all died so early because they spent their lives drinking graveyard water.

It is a well known and oft-romanticized fact that the Brontë sisters—and the Brontë brother, for that matter—all died young, one after the other, leaving moody, moor-y masterpieces in their wake. Officially, they all suffered from tuberculosis, or complications thereof, and unofficially, they all died of grief for one another, but as I learned this week, apparently there was a very real and disturbing factor that contributed to their lifelong illnesses and early deaths: they spent their lives drinking water contaminated by the local graveyard—and possibly the local privies, too.

An 1850 investigation by Benjamin Hershel Babbage—which was instigated by Patrick Brontë, the novelists’ father and the parish priest, shortly after the deaths of Emily (1848; she was 30), Branwell (1848; he was 31), and Anne (1849; she was 29)—showed that the small town of Haworth, where the Brontës lived, had much higher mortality rates than other nearby towns of similar size. 41.6% of Haworth’s inhabitants died before the age of 6; the average age of death was 25.8. (Charlotte would die in 1855 at the age of 38—of what would have been a treatable condition today; Patrick would outlive all of his children.)

Babbage, seeking to get to the bottom of these statistics, found, among other things, that there were not enough privies for the population, and those they had were filthy, not properly drained, and—bizarrely—much too public. “Two of the privies used, by a dozen families each, are in the public street,” he wrote, “not only within view of the houses, but exposed to the gaze of passers by, whilst a third, as though even such a situation were too private, is perched upon an eminence, commanding the whole length of the main street.” The cesspit beneath this privy would sometimes overflow into the street; a water tap was two yards away from its door.

Then there was the graveyard—which sat on a hill, right in front of the parsonage where the Brontës lived—which Babbage found to be overstuffed, badly laid out, and poorly oxygenated, so much so that the decomposing material from the graves had filtered into the town’s water supply. The long-term exposure to harmful bacteria would have made the Brontës weaker, shorter, and more susceptible to other diseases.

Well . . . it’s still romantic in theory I suppose—a family of young, brilliant novelists dies from drinking graveyard water, has anything been more Gothic—but in practice, I will spend today being grateful for modern plumbing.