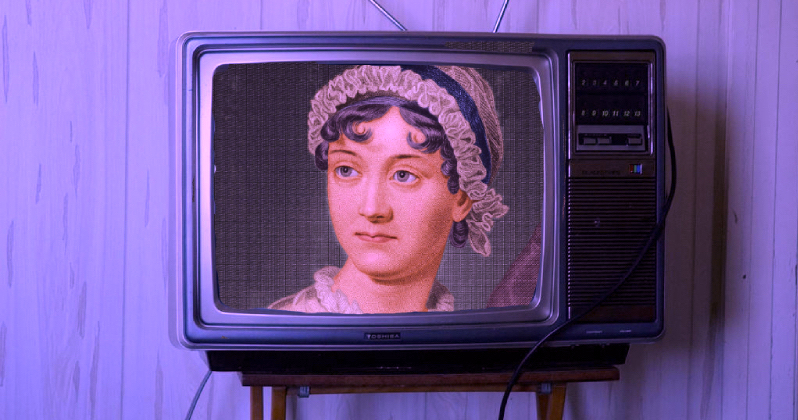 The romantic comedy stars Twin Peaks and Friday Night Lights actress Alicia Witt as Wren Cosgrove, a “workaholic who…finds herself coming home every night to her cat…when her firm is hired by Owen Jasper, ‘the man who got away.’”

If you’re getting déjà vu, we are too—it was less than a week ago that the CW announced they’re developing the similarly titled anthology series Modern Austen, each season a spinoff on a different Jane Austen novel. Why are there so many Austen adaptations right now? Because her observations about money as the root of everything ring especially true today? Because with the advent of social media, Austen-esque social circles and social shunning are more visible than ever? Because name-dropping Austen is a way to lend immediate gravitas to a female-centric movie pitch? Regardless of cause, the number of wildly successful Austen adaptations over the years prove that Austen’s work is timeless—or continually timely.

Modern Persuasion is set for release on digital platforms on December 18th. Until then, you might as well start with the trailer: