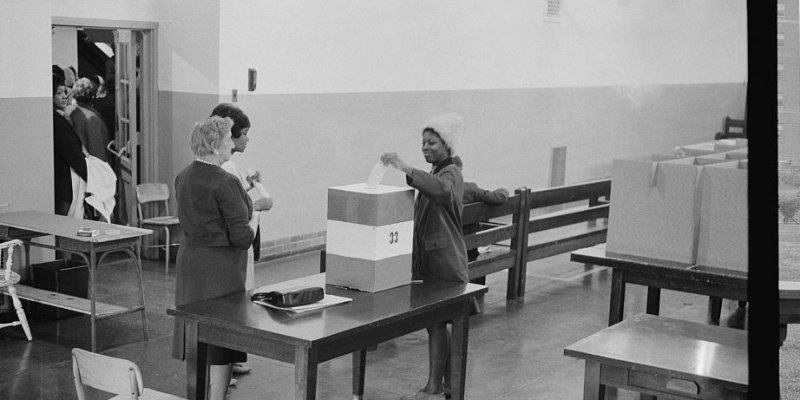 Voting Isn’t Guaranteed—Black Women Know That Better Than Anyone

Martha S. Jones in Conversation with Andrew Keen on Keen On

Andrew Keen: We had Carol Anderson, a friend of mine, on the show. I know she’s a colleague of yours; I’m sure you’re very familiar with her work, speaking very passionately about what’s happening today in contemporary America in terms of voting rights. Given the enormous effort and passion and heartbreak and inspiration associated with this demand for black women to win the vote, is there a particular resonance toward the debate now about it seems, at least if you believe what Carol is saying, undermining that vote, taking it away, going back to Jim Crow in some form or other?

Martha S. Jones: Carol’s work is so instructive to all of us about the long history of voter suppression. And the women I write about know that story well. Their votes are suppressed. One hundred years ago, despite a federal amendment, too many black American women, especially in the South, cannot cast ballots because of laws and intimidation and violence. I’m sure Carol would point out to us that here sitting in 2020, we see the resurgence of forces that are eerily familiar to those of us who study women’s votes one hundred years ago. Again, the resurgence of voter suppression, the threat and the fact of violence and intimidation coming to the polls in this country now and in November.

The women I write about would understand this moment. They would say two things. One is politics is the ground game. We have to remain organized and attentive to all of the nitty gritty details about how to get to the polls, how to get there safely, how to cast those ballots and make sure they’re counted. And at the same time, they would say, we must speak to our highest ideals. We must speak about democracy, about equality, about justice and dignity and the kinds of principles that the vote is intended to take us toward. We have to do both of those kinds of work. The women I write about did that work one hundred years ago, and I think tragically, their lessons are profoundly timely.

Andrew Keen: It is tragic and very troubling that history seems to be repeating itself. Carol has argued, and again I don’t want to put words in her mouth, but she’s written pieces suggesting that there’s still a need—and I’m using her language—to de-Nazify the South, to actually confront what happened in slavery and the ensuing racism in a post-slave America. Do you share that position, that given that we, we Americans or America, cannot seem to get beyond this history of race and racism? How do we go forward rather than going backwards?

Martha S. Jones: Well, I think we go forward the way I suggested, which is I think Carol is right to document and call out women like Ida B. Wells did in the early 20th century. Part of Wells’s contribution is that people say there is no such thing as lynching. Right? That it’s myth. It’s exaggeration. And Wells goes out to document that. And we know about the extraordinary political figures, including someone like Georgia’s Stacey Abrams, who are in the trenches documenting and teaching us how voter suppression works in our own time.

Martha S. Jones is the Society of Black Alumni Presidential Professor and professor of history at Johns Hopkins University. She is president of the Berkshire Conference of Women Historians, the oldest and largest association of women historians in the United States, and she sits on the executive board of the Organization of American Historians. Author of Birthright Citizens and All Bound up Together, she has written for The Washington Post, The Atlantic, USA Today, and more. She lives in Baltimore, MD. 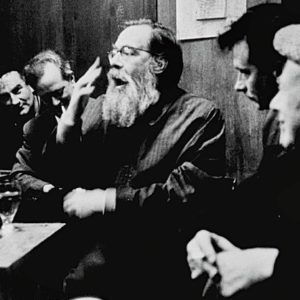