Ari Berman on Safeguarding Our Democracy

After record voter turn out in 2008, resulting in the election of President Barack Obama, more than 30 states introduced voter suppression laws. And thus, the war on American voting kicked into overdrive. Wide-spread gerrymandering, a successful repeal of the Voter Rights Act, and constant intimidation and voter roll scrubbing lead to record numbers of disenfranchised in 2016. To appreciate how far the right is to willing to go to prevent Americans from voting, there is no better book than Give Us the Ballot, Ari Berman’s 50-year history of the fight over voting rights in America. With Donald Trump spreading misinformation and openly lying about the legality of voting by mail, Berman is understandably worried these days. I caught up with him recently to find out what challenges he thought the nation faced this fall and what some solutions might be.

John Freeman: What most keeps you up at night, voting wise, as we head into the fall?

Ari Berman: What keeps me up at night is that the voter suppression we saw in Wisconsin in April, when tens of thousands of voters were forced to choose between their health and their ballot, will become the new normal in November. Because Republicans have waged a two-decades campaign against free and fair elections, it’s already difficult to vote in many states and now with Covid-19 voting will become that much harder. Very few states are prepared to hold a presidential election during a pandemic, let alone one of this magnitude.

Existing restrictions on voting—whether it’s voter ID laws, voter roll purges or closing polling places—become a lot more burdensome when voters can’t leave their homes or easily get the help they need. And voting by mail—the obvious policy solution during a time of shelter-in-place orders and social distancing—was used by only a quarter of Americans in 2018, so most voters don’t understand how to vote by mail and the rules can be very confusing depending on where you live. All of this greatly increases the possibility of mass voter disenfranchisement and confusion in November unless we act fast.

JF: What voting policy or instrument would best prevent this from happening—or do the best job of ensuring a freer election?

AB: The best policy would be for every state to mail a ballot to every registered voter. That’s the gold standard. Unfortunately only five states—Oregon, Washington, Utah, Colorado and Hawaii—do that, which means we’re facing an impending crisis in 45 other states.

Let’s listen to the CDC, whose top recommendations for voting in a pandemic are voting by mail and early voting.

And even in a universal vote-by-mail system, some people still won’t get ballots or will distrust mail voting, so there needs to be safe options for in-person voting. That means having a long period of early voting and enough polling sites so that people can safely social distance at the polls and there’s not a huge crowd of voters in masks waiting on long lines on Election Day.

JF: What can be done to make this a political reality?

AB: The Covid-19 crisis has become a crisis for democracy. Voters need to demand that states urgently take steps to make voting easier. That means sending mail ballots to every voter or, at the very least, applications for absentee ballots while preserving a safe form of in-person voting. And states should waive onerous requirements that make no sense in a pandemic, like having to print out an absentee ballot form or pay for postage or get a witness signature on your ballot.

The best way to make this happen politically is treat our elections as a public health issue, not a red versus blue one. Let’s listen to the CDC, whose top recommendations for voting in a pandemic are voting by mail and early voting. If states don’t make voting easier, a whole bunch of Trump-supporting elderly voters are going to be disenfranchised too.

What Comes Next: Life Beyond Pandemic 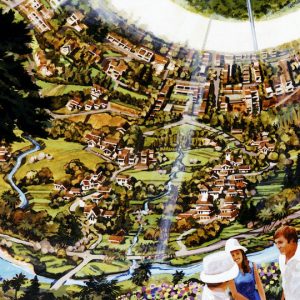 What Comes Next: Life Beyond Pandemic On an afternoon in early May, New York City's Fifth Avenue was as bright, open, and empty as an airport runway, lined with...
© LitHub
Back to top