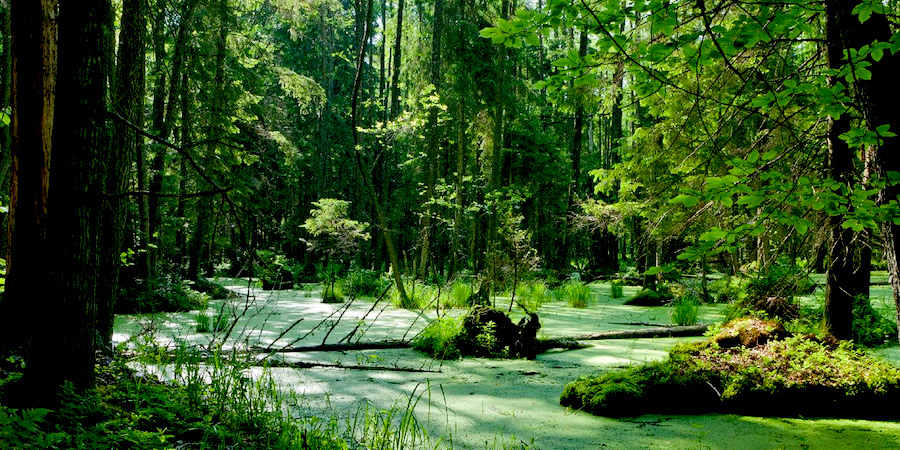 In this episode, Nick Hunt visits Białowieża, Europe’s largest surviving primeval forest, where life and death transform into one another with vigorous entanglement. Here, he traces the history of the European forest, revealing an ongoing battle between light and shadow, clearing and woods.

The universe is an oak, unfathomably tall. Its branches stretch to heaven and its roots reach into the underworld, with the mortal realm as its stump. Like ants, we live our lives in the fissures of its bark. At its top sits Perun, god of the sky, fertility, thunderstorms, metal, and war, associated with the axe, whose body takes the form of an eagle perched in its uppermost branches. Around its roots twines Veles, whose body takes the form of a snake, god of the underworld. They are always fighting.

Veles creeps up from the earth to steal the cattle of Perun, slipping in and out of shadows, friendly with the darkness. Perun chases him away with dazzling bolts of lightning that make the world as bright as day, but he never catches him. He never will catch him. Dry weather is the victory of Veles, rain the victory of Perun, and thunderstorms are battles in the eternal war between them. If lightning hits the earth near you, it is probably good luck.

As oak is sacred to Perun, willow is sacred to Veles, and in many ways the trees and their gods act as opposites. Perhaps it is not so much a war as a cosmic balancing. The cool, damp-loving willow contrasts with the dryness of oak, the earth with the sky, down with up, night with day, dark with light, and, ultimately, death with life.

It takes all of these things to make a forest.

We are walking from the pale meadow to the shaded wall of trees, from the light to the dark. It is dawn and the topmost branches are molten with the sun. Frost crunches underfoot. Exactly half a white moon hangs in the clear sky. The woman guiding me is small, grubby, and weatherworn; when I first saw her I thought she had mossy green hair, like some sort of forest sprite, but it is an oversized woolen hat stuck with twigs and leaves. Every so often she stops to scan the wooded hem with binoculars.

What lies ahead is prohibited ground. Without her I cannot enter.

Last night, standing at this spot, I heard wolves howling there.

At the entrance to the forest is a gateway with a shingled roof. The style is a traditional one from the south, says my guide, but its architecture is vaguely familiar for another reason. According to modern myth, the director Stephen Spielberg used it as an inspiration for the gateway to Jurassic Park, the entrance to a primordial world that has vanished from the rest of the earth, filled with ancient forms of life and antediluvian monsters.

Passing beneath that rustic arch and into the gloom of shade, we are stepping into a similar sanctuary. Out of modern Europe and into Eurassic Park.

Nick Hunt is a writer, journalist, and storyteller. His published books include Walking the Woods and the Water, Where the Wild Winds Are, and a work of gonzo ornithology, The Parakeeting of London. Nick is a contributor to and coeditor of the Dark Mountain Project. 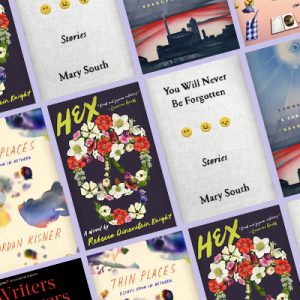