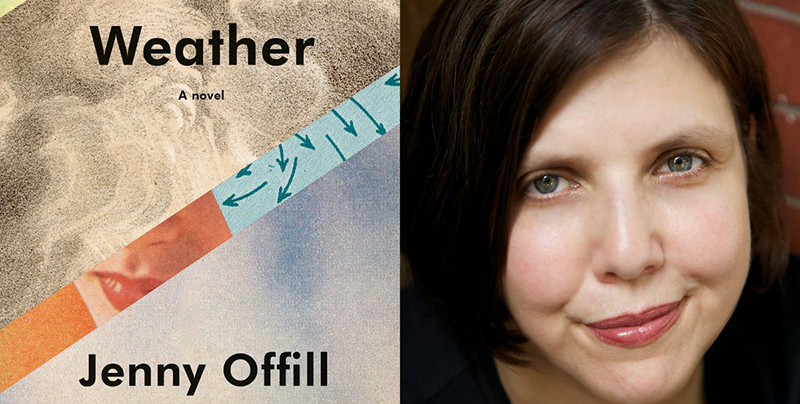 This week on First Draft, Jenny Offill joins Mitzi to discuss her latest novel, Weather, out now from Knopf.

Mitzi Rapkin: When you talk about climate change—or an aversion to activism—is this idea that if you really think about it, maybe not getting on a plane is just the tip of the iceberg of what we have to do to stop the massive forces of climate change. But, at the same time, we like our comfort and the sacrifice. … There was a line in your book that said that gossip is kind of what you do when you avoid your gaze looking at this thing that you really need to be looking at.

Jenny Offill: It’s a Buddhist thing. It says that in certain Zen monasteries that gossip is defined as talking about anything that isn’t right in front of you. But I love your interpretation of it, because so much about this book is about what happens when we can’t quite look at the thing we know we need to look at, when we keep averting our eyes because it’s too difficult to face.

Jenny Offill: I’ve always been someone who is pretty introverted, although I certainly have been to my share of marches, and after this presidential election written my share of postcards and knocked on my share of doors. In general, I feel like that sense of what does it even matter in the long run is a very powerful undermining thought and what I guess writing this book for me was about and is for Lizzie is what if it isn’t about individual actions? I mean, we can all try to get our own houses in order, and … there are a few decisions that make a significant dent in your lifestyle, and they’re the ones everyone knows. You can choose not to eat meat, you could choose not to fly, and you can choose not to have children. All of those are pretty big sacrifices that people would struggle to make, though many have. What I discovered when I was researching this book—and what for me was the hopeful part of the book—is that for me, the sacrifice—which turns out to be less of a sacrifice than I thought—is that I needed to join with others. I needed to stop thinking and reading about this on my own, and I needed to realize that I had to be involved in collective action. That has been a huge change for me.

The website that goes with the book, obligatorynoteofhope.com, which talks about different organizations and different ways that you might find sort of a little place to stand and think about what you can do from there. I read this fascinating book and, to me, it was really one of the best pieces of information I came across, which was by this political scientist at Harvard, Erica Chenoweth, and she decided that we don’t actually have any facts about what works, what kind of resistance works, especially when there’s a political regime that’s really repressive. How is that overthrown? How is that changed? How are big social changes made? So she did all these studies and one of the things that surprised her was she found that nonviolent civil disobedience was twice as likely to succeed than armed resistance. But the one that really stayed with me was, it turns out that the tipping point for real political change is when 3.5% of the population get involved in a movement. That’s when when they look over and over again, that’s when with civil rights, that’s when with LGBTQ strides we’ve made, that’s when dictators have been overthrown. I’m just like, wow, that’s actually a pleasingly small number—3.5%. So, I guess, for me, my sacrifice—if it even needs to be framed that way&mdash;was all right. I think I need to be part of that three point five percent.

Jenny Offill is an American novelist and editor. Her novel Dept. of Speculation was named one of “The 10 Best Books of 2014” by The New York Times Book Review. Her newest novel is called Weather. 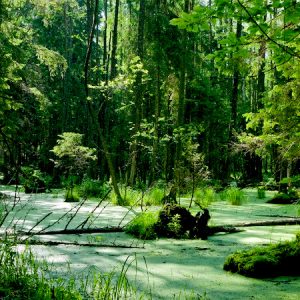