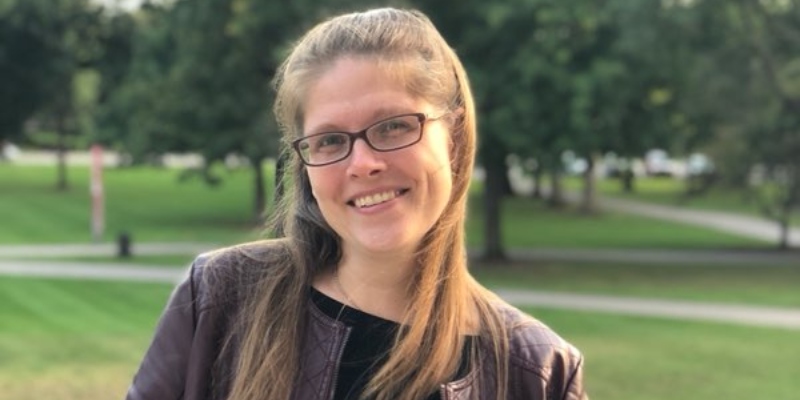 In Conversation with Dylan Evers for the Micro Podcast

How does a writer fit the magic of an alternate reality into 400 words or less? Hint: even the title gets involved. Abby Manzella describes her process writing “Lepidoptera,” published in Catapult in April 2020, and how it differed from her usual writing process. Plus—a three word challenge.

Listen to Abby Manzella read “Lepidoptera” on Micro.
Subscribe and listen in full, wherever you get your podcasts!

Dylan Evers: In your piece “Lepidoptera,” you’ve created an entire dystopian world, all within the space of a few hundred words. Did you begin with a small idea and build up to create the world within the story, or did you have more details ready that didn’t make the cut?

Abby Manzella: This piece was an unusual one for me. Normally I follow a slower process, in which I set aside time to write freely until I discover the overall shape of the writing. Then I spend a significant period building the story, editing, reading out loud, sharing with another writer (if I’m so lucky), and then editing some more. This piece, however, came to me in a flurry during the early morning hours when I should have been sleeping.

It is a common practice for me to type ideas into my phone at night so that I can get them off my mind. What was unusual about this piece was that it wasn’t a groggy note but included most of the language that I kept in the final version. Even so, I did clean it up, adding in more details about the butterfly element and lengthening the soap bubble memory before sending it out.

DE: “Lepidoptera” was published in April of 2020. Is the Sickness in your story related to the pandemic?

AM: I hope that the piece will continue to have resonances after this moment as well, but certainly that was on my mind as I wrote. The night I composed it was at the very start of the pandemic, and I think my subconscious, swirling with the shifting reality of the moment, placed my thoughts into a slightly surreal space. I was lucky that the story was snatched up so quickly by the wonderful editor Nicole Chung at Catapult who recognized its timeliness and rushed it to publication only a few weeks later.

DE: What is your favorite butterfly fact?

AM: One fact I gathered for this story is that butterfly wing membrane is made of scales and hair—what a fascinating combo! As for the title, I learned the scientific name for butterflies years ago. I think it was when I first read Vladimir Nabokov and discovered he was a lepidopterist. For this story, the term seemed fitting to create a sense of distance at the start that is quickly diminished through the intimacy of the narrative.

DE: What do you think are key components for worldbuilding in microfiction? What’s vital for the world to work in such a small piece?

AM: For this story, what was important to me was quickly setting up a strangeness but with the immediate acceptance of that change. First, we see the change of the wings, but then we hear about the change of the world with the Sickness. The big and small are both presented here without much protest of “How can this be?” Instead, the question becomes “what now?” In such a short piece I wanted to spend my space on this question.

I was also glad to be able to sneak in that flashback to a sense of a “before” because that past better helps you feel the shock of the present.

DE: How would you describe your writing process, in three words?

AM: Oh, how to concretize something so ephemeral into three words—such a writerly task! I guess a lesson I often reteach myself is that a thought is good, but you need to get the words down before they fly away. So, my three-word reminder for today would be: Write it down!

Abby Manzella is the author of Migrating Fictions: Gender, Race, and Citizenship in U.S. Internal Displacements, which won the Society for the Study of American Women Writers Book Award, and her work has been published by venues such as Literary Hub, Electric Lit, Colorado Review, and the Boston Globe. You may find her on Twitter @abbymanzella or on her website abbymanzella.weebly.com. 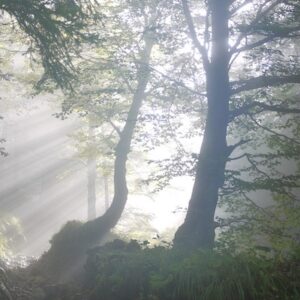 The following first appeared in Lit Hub’s The Craft of Writing newsletter—sign up here. Here, in short, is what I want...
© LitHub
Back to top