via Drawn & Quarterly
By Valerie Plante and Delphie Cote-Lacroix

Together with artist Delphie Côté-Lacroix, Valérie Plante in Okay, Universe tells the story of a long-shot municipal candidate. Like her fictional protagonist, Simone Simoneau, Plante was once a non-establishment candidate for a seat on city council, entering politics with a background in anthropology, museum studies, and community work. Today she is the mayor of Montreal. Other politicians write memoirs; she has written a graphic novel primer that lets readers picture what it’s like to be a woman in politics, from the gender gap in fundraising to the mechanisms available to bridge it, from the sexism women politicians face to the pressures of family logistics and the energy with which young activists help drive campaigns.

In the top drawer of her desk, Plante has a drawing pad filled with notes and drawings about her life in politics. The urban planner Jan Gehl, whose work on human-scale design is at the heart of many of today’s transformative sustainable city projects, advocates for processes of visual documentation that let people envision and take stock of change. Plante’s doodles feel like Gehl’s “samples”—snapshots that show what’s going on. With Governor-General Award–winning illustrator Côté-Lacroix, she pulled this raw material together as a graphic novel, both to make her story as accessible as possible and because of the medium’s connection to Montreal, a city with deep comics roots.

In the book, sustained canvassing and determined optimism get Simone elected. At the end, you can’t help thinking about her real-life alter ego, Valérie Plante. How did it go from there? you wonder. And what is it like now, being the first woman to run the city of Montreal? Hopefully she’s still drawing on that pad, mapping the next section of the path to empower others to follow in her footsteps. 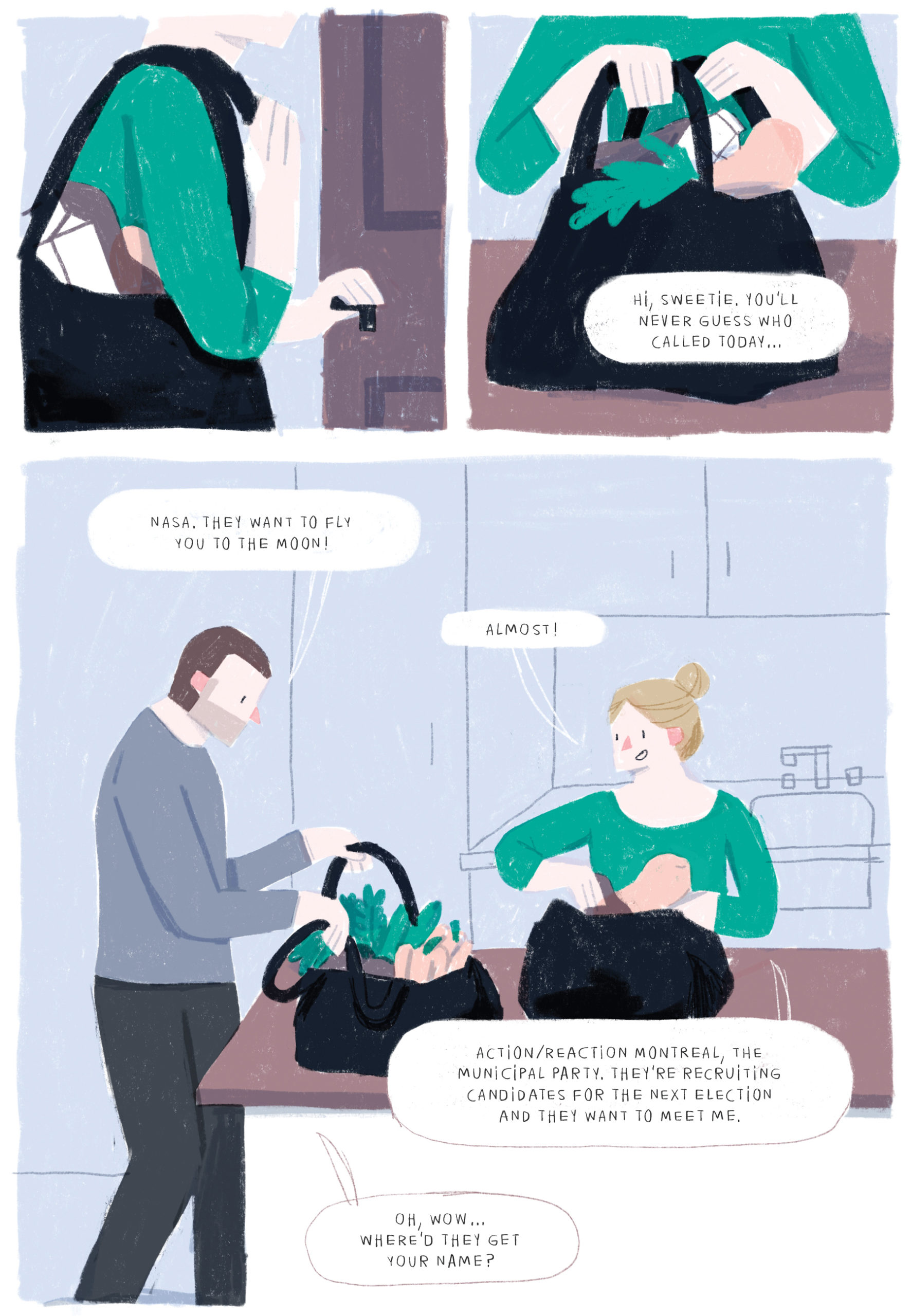 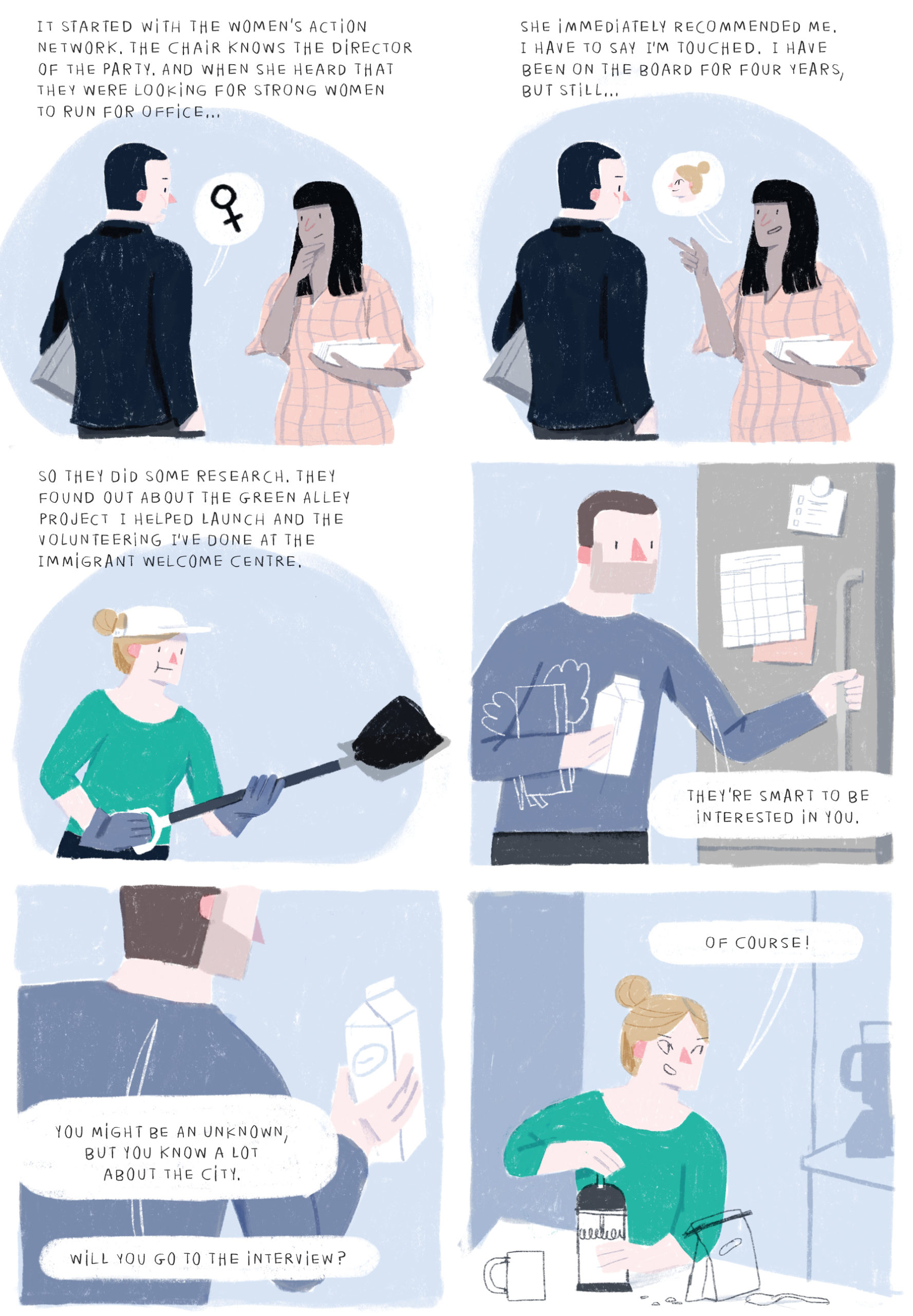 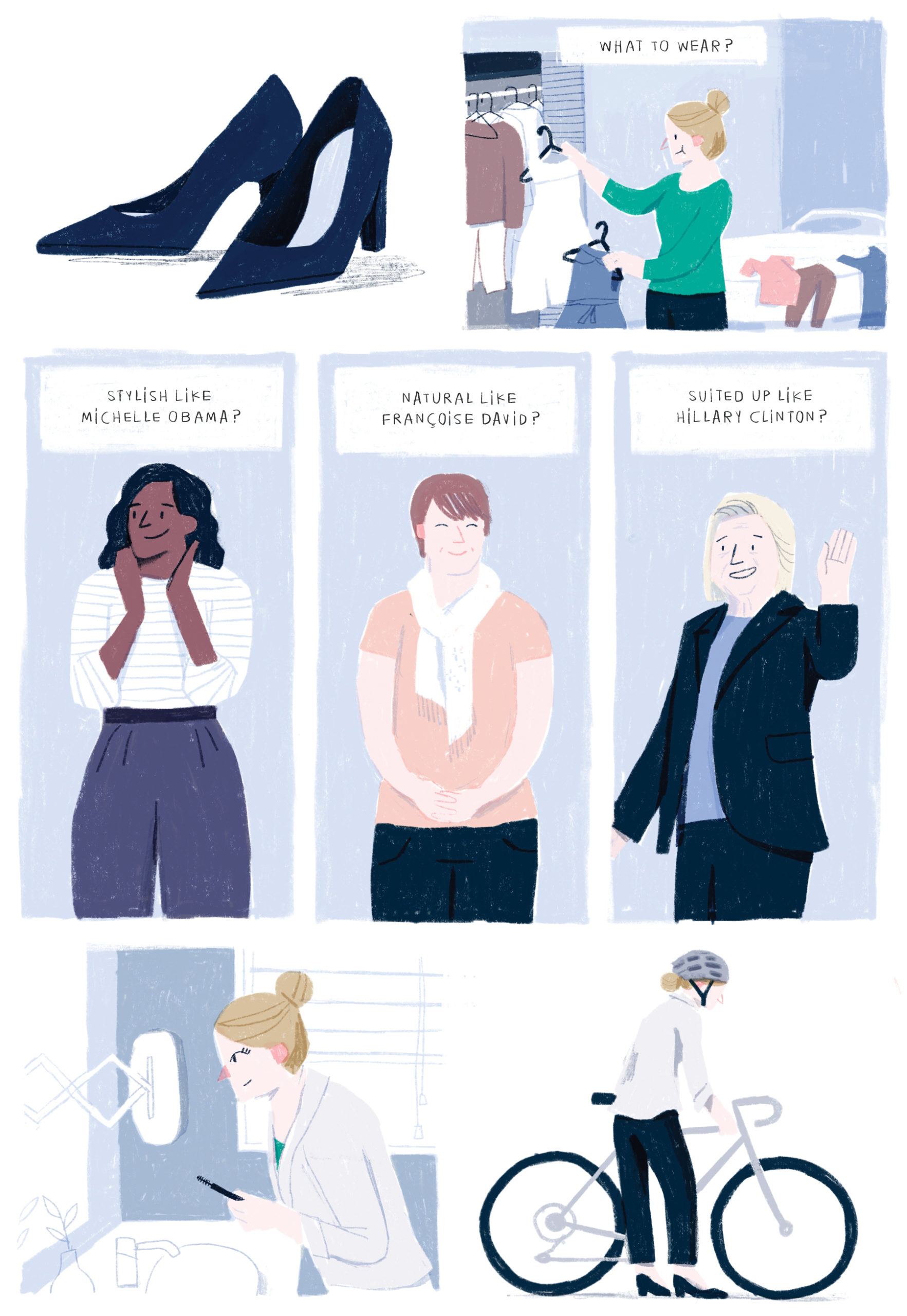 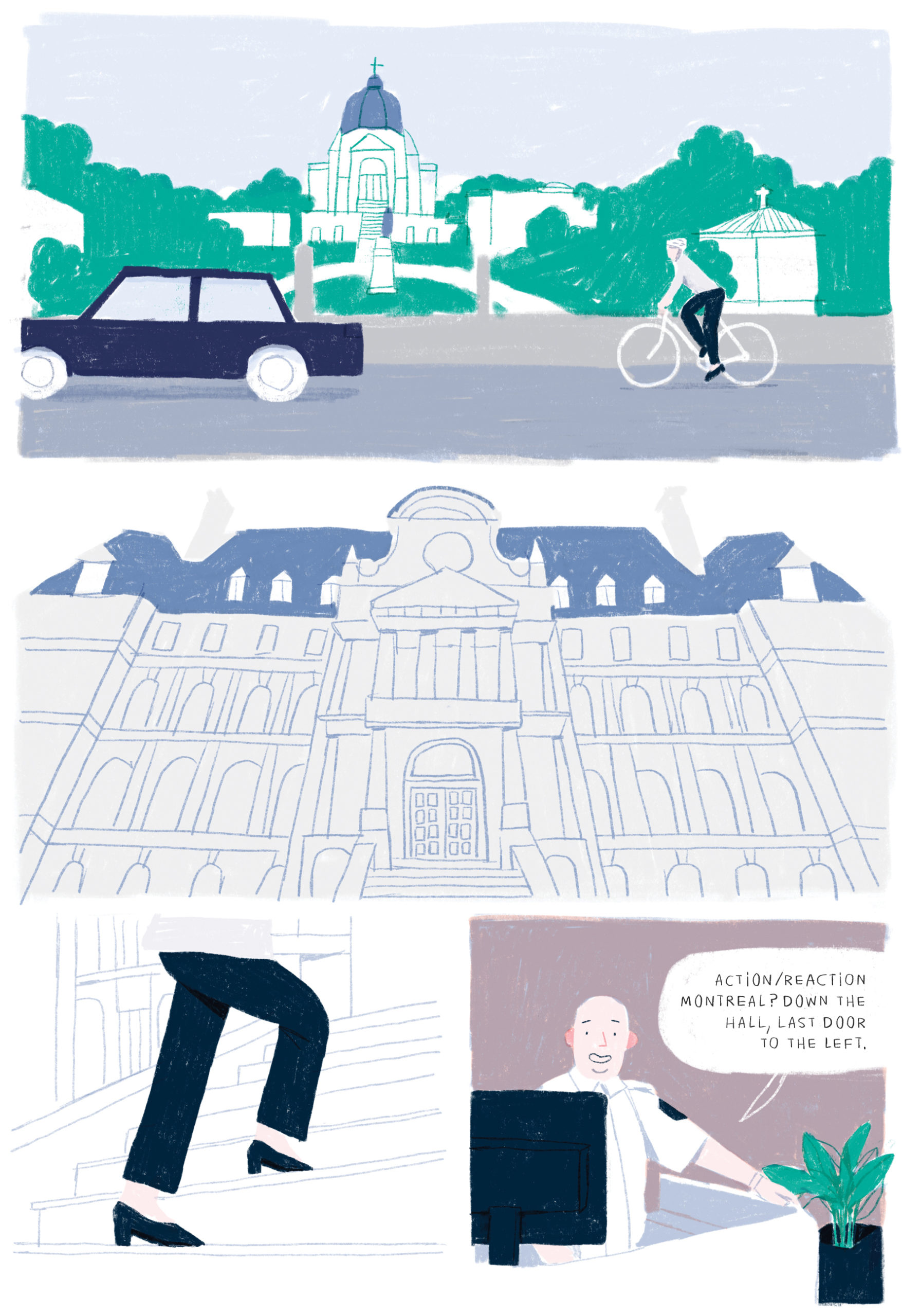 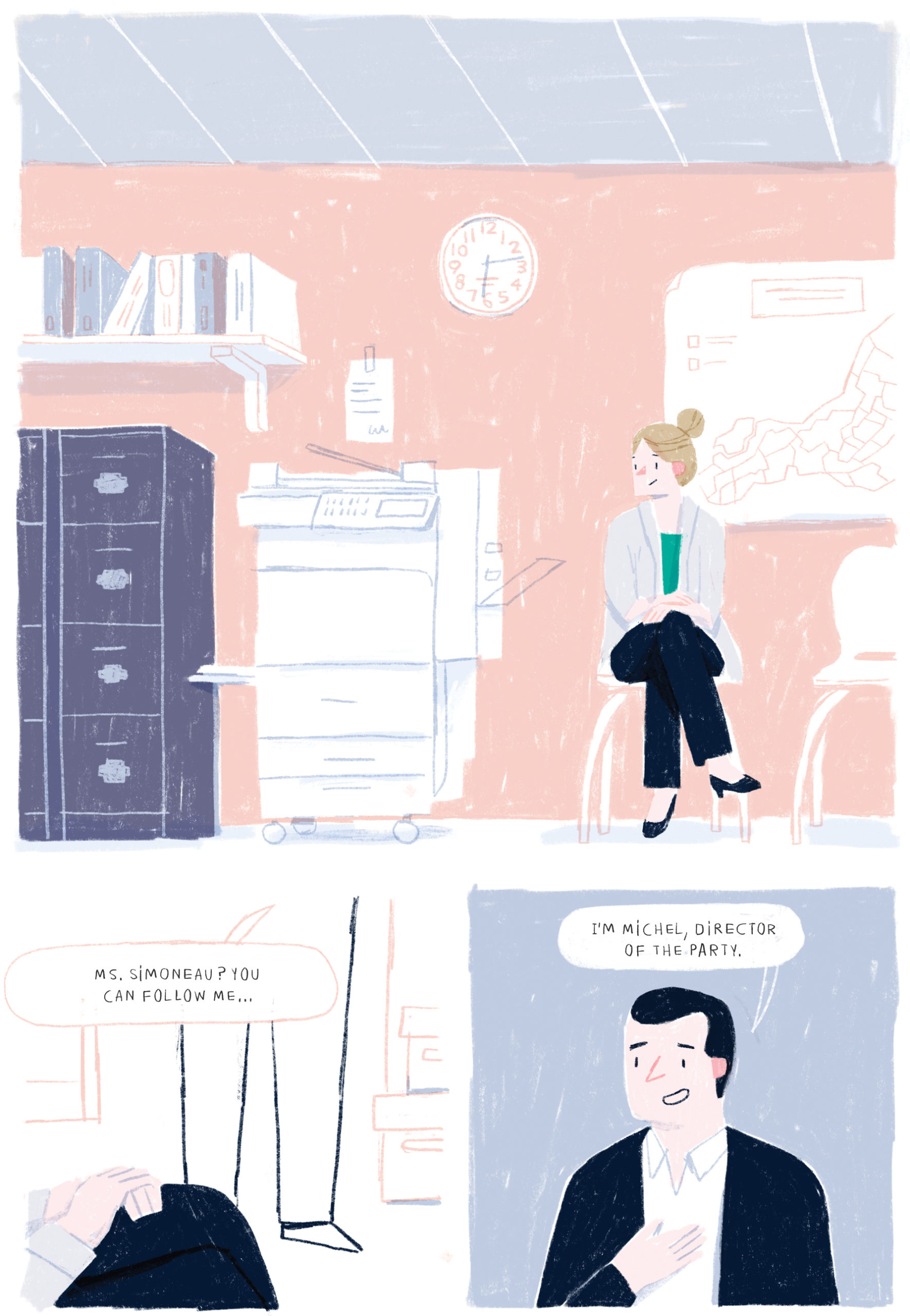 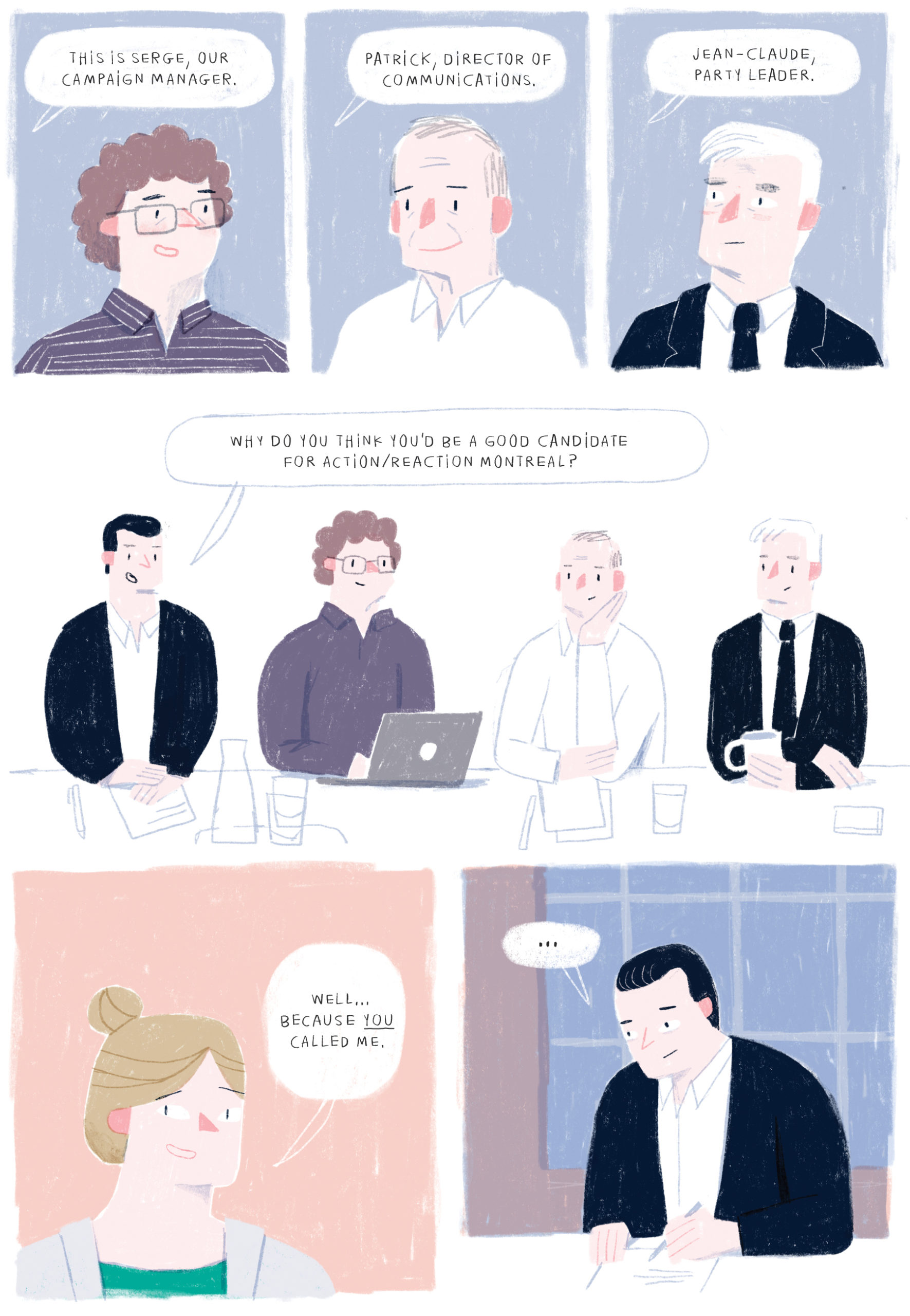 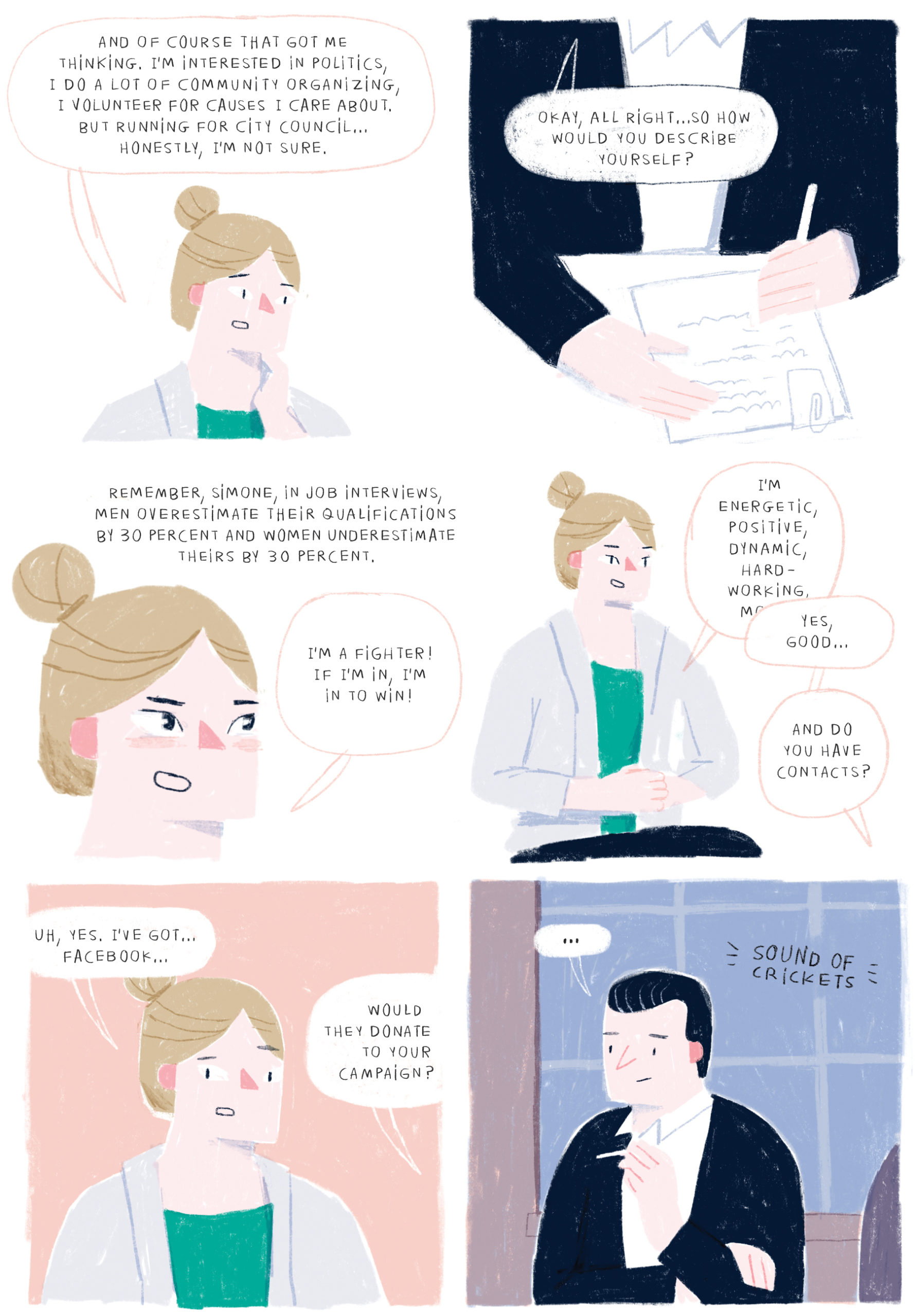 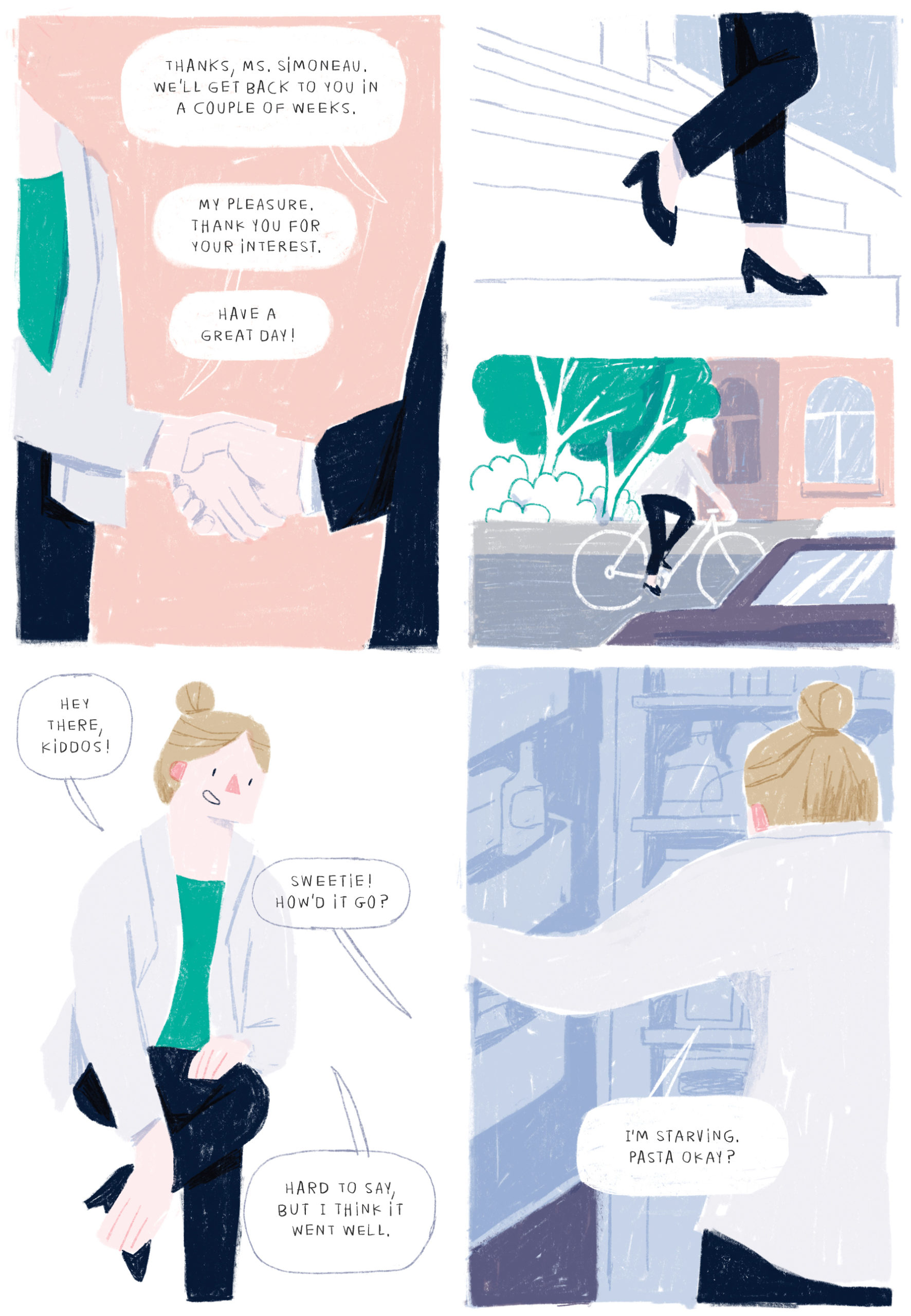 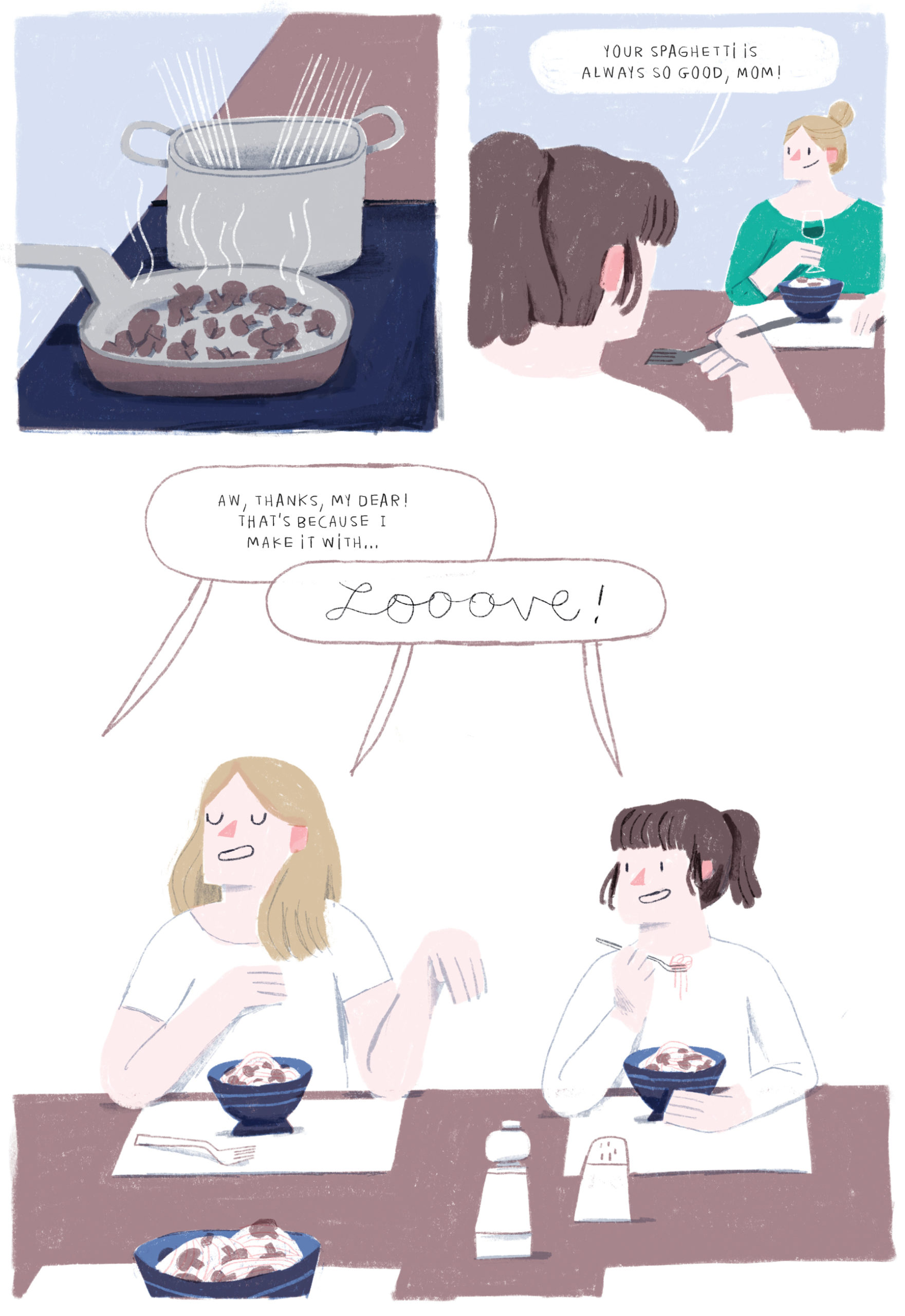 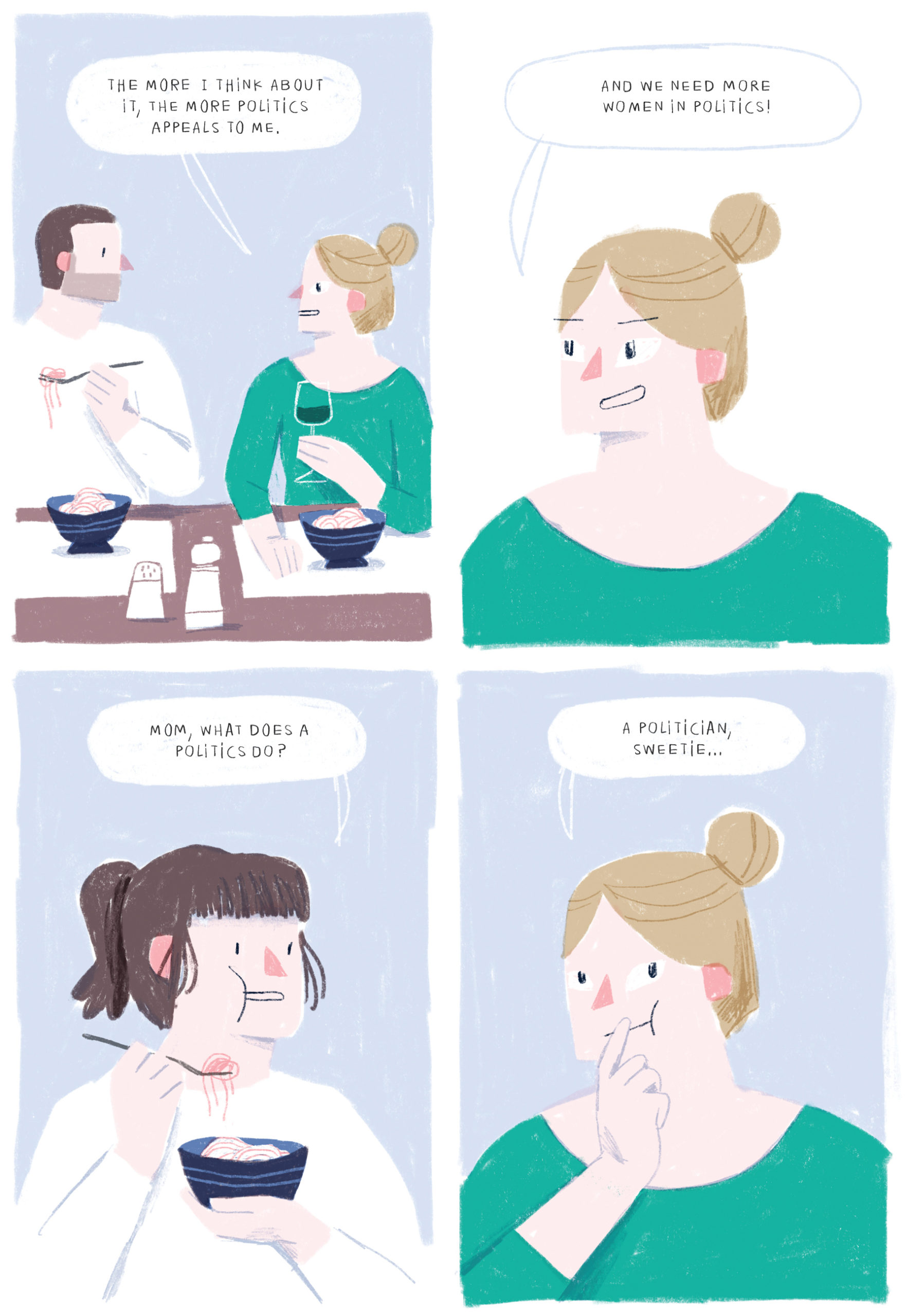 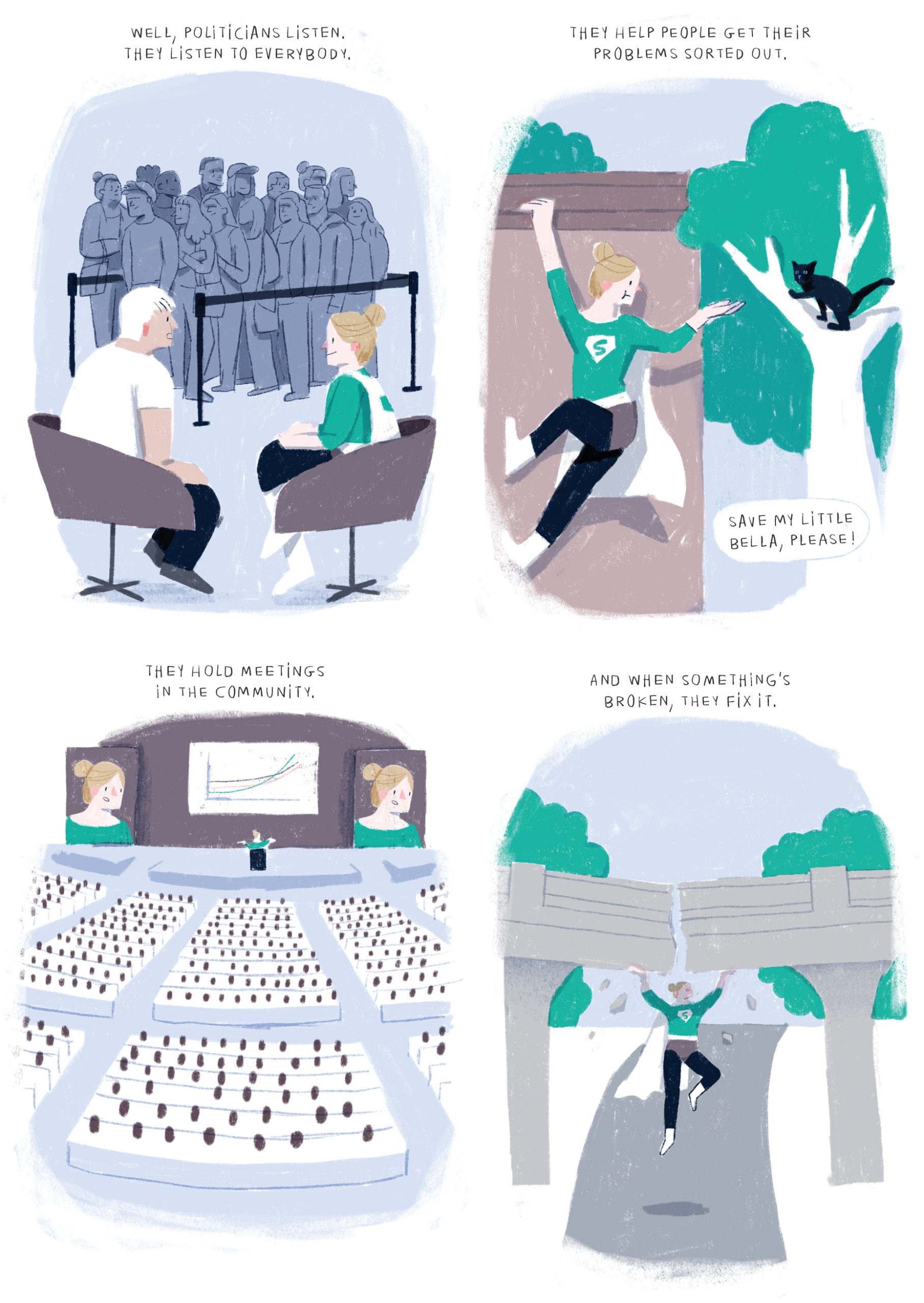 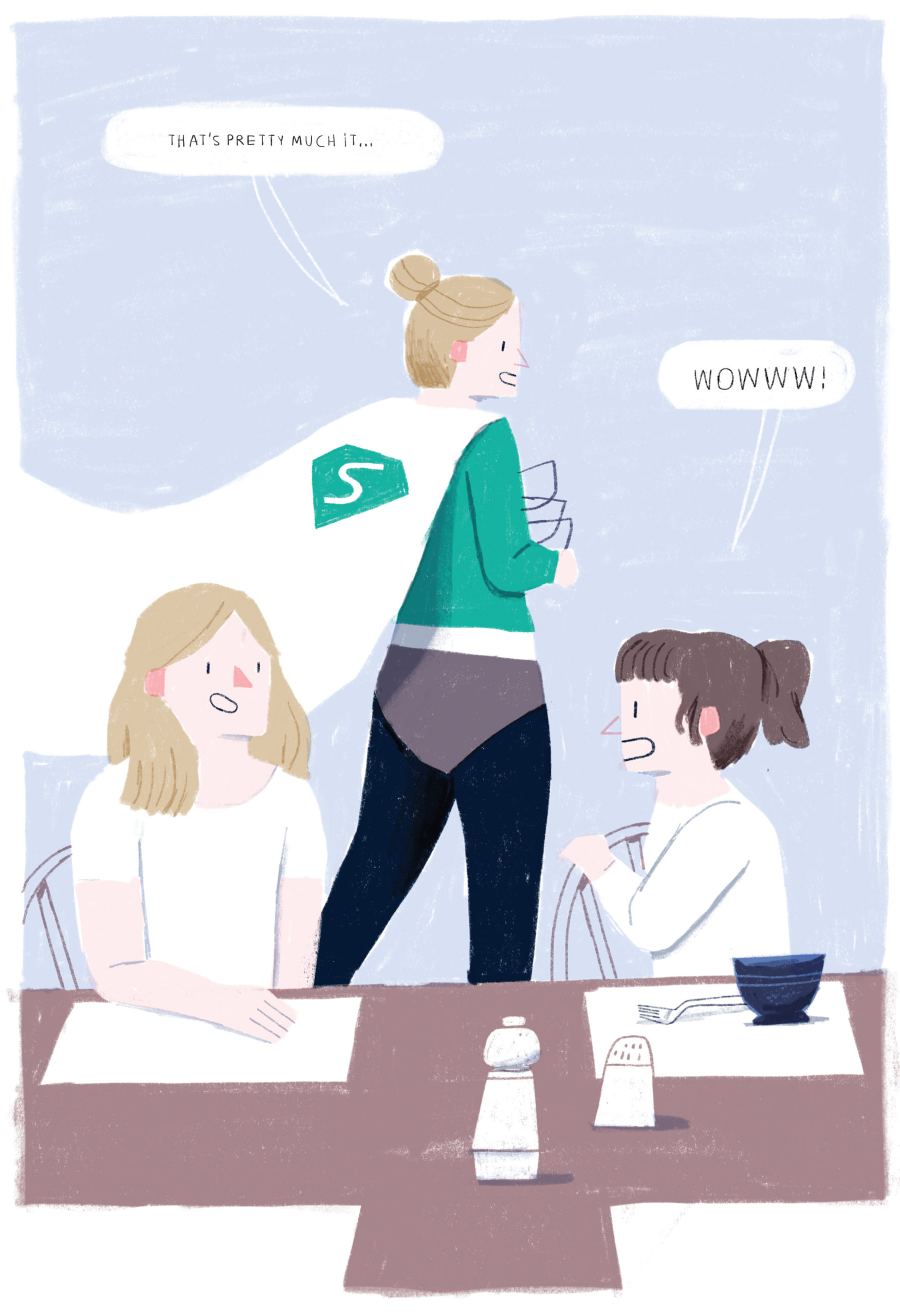 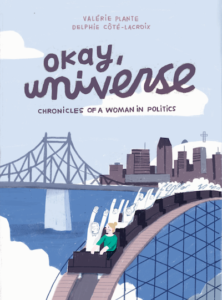 From Okay, Universe: Chronicles of a Woman in Politics copyright © 2020 by Valérie Plante and published by Drawn & Quarterly. Printed by permission.

Born in Rouyn-Noranda, Valérie Plante studied anthropology and museology and worked in the cultural and community sectors before becoming a leading figure in Quebec's political arena. After a successful run for city council Montreal's Ville-Marie district in 2013, she made history in 2017 as the first woman elected mayor of Montreal. Her initiatives center around the vision of a city on a human scale, devoted to quality of life for all. Through the character of Simone Simoneau, she explores the highs and lows of those who venture off the beaten path.

Delphie Côté-Lacroix discovered her love of illustration while studying graphic design in Sherbrooke, Quebec. She continued her artistic studies at Concordia University's Faculty of Fine Arts. In 2019, she won a Governor General's Literary Award for her illustration of Jack et le temps perdu, a collaboration with Stéphanie Lapointe. With the comics form, Delphie discovered the perfect means to demystify the world of politics and make Valérie's inspiring story accessible to all.

WATCH: The Rally Reading Series, Co-Hosted by The Rumpus

Jorie Graham: Are We Still Capable of Being Custodians of the Future? 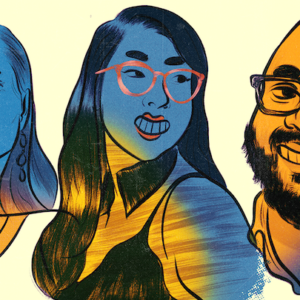