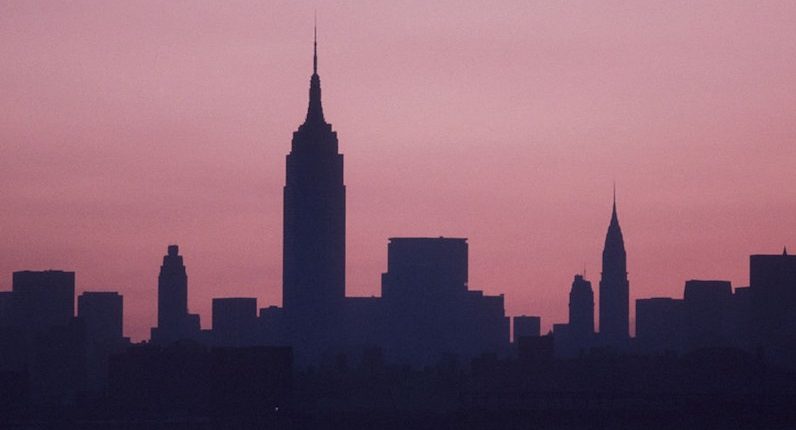 From A Certain Clarity: Selected Poems

“I Note in a Notebook”

Pink sunlight, blue sky, snowed-upon January morning.
The romantic restated—a woman and a man
by themselves, each alone in the other. Those
transcriptions of the inexpressible—perhaps
the experience of having heaven
is just simply perfect luck . . . That winter,
on Belle Isle, the ice ﬂoes, the Seven Sister
smokestacks. In Angel Park, a ﬁgure in motion,
muted reds and grays, clouds and light, and shadows
in motion, a freezing wind out of Canada
over the lake. A ﬁgure, in the factory
behind the Jefferson Avenue Assembly, marking
and ﬁling the parts of the new model prototype
Chryslers, standing at a window, smoking a Kool.
Those with the masks of hyenas are the bosses,
and those wearing mass-produced shirts and pants,
among them my father . . . Cavafy’s poem, the one
about how if he’s wasted his life in this corner
of the world he’s wasted it everywhere. What
is happening, what is done. Convicted
of rape and murder, he leaves a piece of pie
in his cell, believing he’ll be able to eat it
after he’s electrocuted—the fact that a compound,
1,3-diphenyl propane, forged from the ﬁres’
heat and pressure, combined with the Towers’
collapse, has never been seen before.
The technology to abolish truth is now available—
not everyone can afford it, but it is available—
when the cost comes down, as it will, then what?
Pasolini’s desire to make, to write, an intricate,
yet rational mosaic, byzantine and worth, at least,
a second, or even a third, reading . . . An epical
turn, so great a turn—her voice in him,
his voice in her—the vista, a city,
the city, taking a shape and burning . . .

A long walk up West Street along the piers.
The sky—right now the sun,
the clouds, a few seconds of light yellow.

The deepest being being a longing
to satisfy the longing for a solitude of two.

Gertrude Stein’s “Composition as Explanation,” that too.

Surely the blacks and golds
are the depth of a late October afternoon. Surely
the blues and greens ﬁred by crimson are the sea. 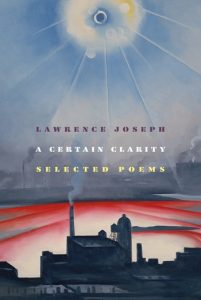 From Lawrence Joseph’s A Certain Clarity: Selected Poems,published in March 2020 by Farrar, Straus and Giroux. Copyright © 2020 by Lawrence Joseph. All rights reserved. 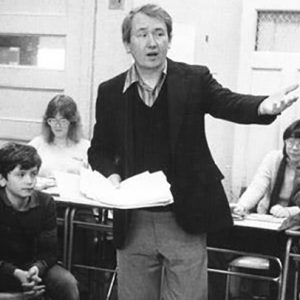 Frank McCourt on Telling the Underlying Story Welcome to Beyond the Page: The Best of the Sun Valley Writers’ Conference. Over the past 25 years, SVWC has become the gold...
© LitHub
Back to top
Loading Comments...