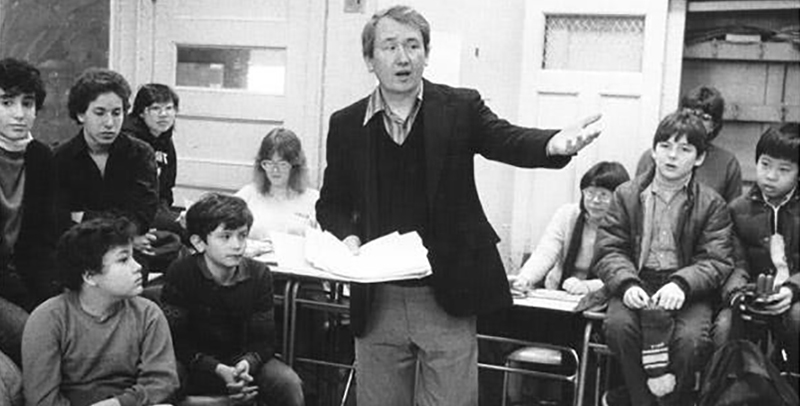 From Beyond the Page: The Best of the Sun Valley Writers' Conference

In 1996, (a 66-year-old) retired New York City public school teacher named Frank McCourt published his first book, a memoir about his brutally impoverished Irish Catholic childhood in the slums of Limerick. If ever there was a “rags-to-riches” story in publishing, Angela’s Ashes was it: The book would go on to receive the Pulitzer Prize and the National Book Critics Circle Award, sell more than four million copies in hardcover alone, and become a film directed by Alan Parker. At the age of 66, Frank emerged almost overnight as one of the most celebrated authors in America.

But if you knew Frank, you knew two things, at least: First, he never took anything at face value, including, and perhaps especially, his own extraordinary, late-blooming success. And second, for all the joy and gratitude he took from his unexpected good fortune, he refused to ever completely shed his (the) core of (coal-dark) anger that remained from (his childhood of poverty) growing up in terrible poverty. That he was able to so often turn that anger into unforgettable humor was just one of the many reasons why he was such a gifted writer. As he himself tells us, however, before becoming that writer, he somehow had to learn what he still needed to know. And in order to do that, he first had to become teacher.

Now, you know that in the hierarchy of the professions the teachers are at the bottom of the scale. And I’m very sensitive to hierarchy having growing up as an Irish Catholic. I know what’s up and what the great nations are, and I know the teachers like the downstairs may go in the back door. A teacher goes to a party and there are dentists and lawyers and doctors and captains and then colonels and majors of industry and commerce and some of these people would say to me, So what do you do? I’m a teacher, and they drift away. It’s not what you call a sexy topic.

But I became a teacher, and I went in with great trepidation because I wasn’t prepared. I had never gone to high school. I never had set foot in high school. There are two major things, a negative and a positive thing in my life. The negative thing in my life was my father’s alcoholism. If he hadn’t been such a drunkard, if he had brought home even the unemployment through the door, we would have had food. We might have had shoes. We might have had a little dignity. But yet he didn’t. He drank it all away. If you know anything about poverty, you know the worst part of it is that you’re stripped of any dignity and any self-esteem. That’s the worst part of it. You can you can deal with the hunger in the far reaches of the night, but going down the street in rags with broken shoes, with kids your own age jeering at you or saying when you when you wanted your father going to buy your shoe. Kids are very cruel in that sense, although it didn’t bother most of the people in my school because alf of them were barefoot anyway. That was the negative thing.

The positive thing. The best thing that ever happened to me was that multi-ton weapons attacked Korea and sent his legions. America got nervous and turned to me and and drafted me. I was sent to Fort Dix for 16 weeks of infantry, basic training. I thought my life was over. In a few weeks, I’d be gone to Korea. The sight of one Chinese guy coming over here with a beer and I would have died of a heart attack. But they sent me instead to Germany, to Bavaria. They had me training dogs. I didn’t like dogs, but that didn’t matter to them. We’ve got to train dogs, German shepherds, because I spent two years delivering telegrams in Ireland and I was attacked by every dog in the south of Ireland. So I didn’t like them. I got a dog, and we became friends. I

I spent my two years in Germany, and the best part of that was we got the G.I. Bill, the Korean G.I. Bill. When I came out of the army, I didn’t know what to do with myself because I had no high school education. I’d never been inside a high school in my life. I guess I went back to work, with jobs on the port warehouses and the piers.

Then I was living in the village in Downing Street, and I’d gone to a bar called the White Horse where Dylan Thomas drank himself to death. That’s the kind of place I like to frequent. I was sitting at the bar. I was on a four-to-twelve shift on one of the piers. I said, I’ll have a beer and a knockwurst. I started engaging activity, which is very dangerous for a young Irishman, asking myself the meaning of it all. And I couldn’t find any answer that day and I got frustrated. I walked out of the White Horse and was walking up along Bleecker. I didn’t know where I was going. This is not certain. I didn’t know where I was going. I was frustrated. I didn’t want to be working in the docks for the rest of my life. So I kept to Washington Square and there was NYU. And I said, I think I’ll try that.

I went into NYU. I found the admissions office, and they gave me a form to fill out. The part where it says high school, I had to leave it blank. They say, well, where did you go to high school? I never did. They thought it was very amusing. Where does he get the gall coming to NYU without a high school diploma? So I explained to them that I’d read a lot of books, that I spent my life reading books. Then the dean of admissions was called over, and I think she was interested. I think she was flexible. That’s the main thing. Usually they’re not that flexible. They want your S.A.T. scores and all that stuff. They admitted me on a year’s probation provided I maintained a B average. And after Leamy School in Limerick, I could have maintained an A average at Harvard because Leamy School, if you didn’t know, they beat the shit out of you. So you learn to learn. I thought NYU was easy after Leamy.

To listen to more of Frank McCourt and other talks from the Sun Valley Writers’ Conference, subscribe now on iTunes, Spotify, Stitcher, or wherever else you find your podcasts!

Frank McCourt (1930–2009) was born in Brooklyn, New York, to Irish immigrant parents, grew up in Limerick, Ireland, and returned to America in 1949. For thirty years he taught in New York City high schools. His first book, Angela’s Ashes, won the Pulitzer Prize, the National Book Critics Circle Award, and the Los Angeles Times Book Award. In 2006, he won the prestigious Ellis Island Family Heritage Award for Exemplary Service in the Field of the Arts and the United Federation of Teachers John Dewey Award for Excellence in Education. 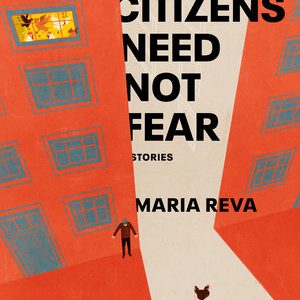 On the way back from the bazaar, Aunt Milena points to the cracks under the balconies of our building. She warns me never...
© LitHub
Back to top