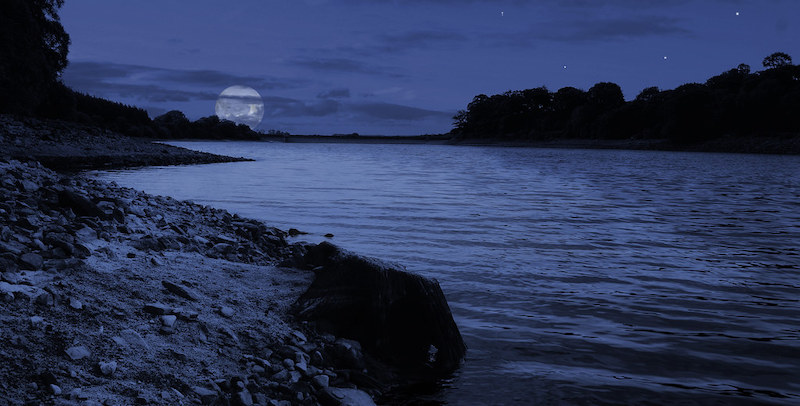 From the Collection An Imperfect Geometry

Through a series of interconnected monologues, Proyecto Manhattan sets a polyphonic scene, populated by the voices of different women associated with the creation of the atomic bomb.

ROBERT J. OPPENHEIMER: quotes poetry in Sanskrit. He is in charge of building the atomic bomb.

JEAN TATLOCK: psychiatrist, communist, dead by suicide. She was Robert’s lover for many years and they kept seeing each other in secret after he married and until her death.

(Years pass. The old garden is a grave. The deaf eat snails beside the river, the blood forgets its pulse, it peels. JEAN studies the miniscule hunger of insects. Things that break.)

Because my hunger and my thirst and my counted bones
and my years sometimes because never and the hem
of when hurt me because I live
inside the fifth part of the doubt of God
because it’s something simply physiological
because the lake was cold
because blood is bold because the fruit has darkened
because it’s very far away because Robert told me
time is measured in miles because
I’ve lost too many socks because barely
because no because now is far away
and everywhere because my language dusks
because October because one of every seven days
is Monday because I lost my lipstick because I lost my voice
because my voice is red because the years
stretched out my skin and I’m all thirst
and I’m so shadow and I talk in my sleep
and I talk far away because I’m exhausted by however
because I had nowhere to hide when I was little
because my house was small.

(She frequents that her shadow, which although barely her never she drinks water sometimes meanwhile she hardly sings in the shower and nonetheless.)

The night too has long bones. It’s the moon, papered in scars. Its light still knocks hollow against the walls. I wrote you a letter once. I waited for you at the banks of the final hour and dipped my feet in the river. But the years are skittish cats that don’t return. And the outside goes on: the day rusts and darkens. My body is made of those gray and graceless city birds. They hop across the pavement without style. They don’t even know they can fly. But my blood is round and poisonous. And the heart fumbling along. What I mean to say is my pen ran out of ink and you weren’t there. The window broke and it rained inside the house all night. You weren’t there. The lights went out. There were no candles. I mean to say that countdown, that sleep and fitfulness, that I’m running out of time. My blood will soothe its doubt. I’ll forget the names of my bones. I mean to say that this will pass and you won’t be there.

Robin Myers is a poet and Spanish-to-English translator. Her latest poetry translations include Copy by Dolores Dorantes (Wave Books),The Dream of Every Cell by Maricela Guerrero (Cardboard House Press),in spite of ourselves by Tatiana Lipkes (John of the Thing), The Science of Departures by Adalber Salas Hernández (Kenning Editions), and Another Life by Daniel Lipara (Eulalia Books). She was double-longlisted for the 2022 National Translation Award in poetry. As a poet, her work has recently been published in The Drift, Poetry London, Denver Quarterly, Yale Review, Guesthouse, and selected for the 2022 Best American Poetry anthology. She lives in Mexico City.

Excerpted from An Imperfect Geometry, by Elisa Díaz Castelo and translated by Robin Myers, which will be available on December 10, 2022 from Alliteration Publishing.

Elisa Díaz Castelo is the winner of the Bellas Artes Poetry Prize 2020 for El reino de lo no lineal; the Alonso Vidal National Poetry Prize 2017 for her first collection, Principia (Tierra Adentro, Mexico); and the Bellas Artes Prize in Literary Translation 2019 for her rendering in Spanish of Ocean Vuong’s Night Sky with Exit Wounds. With the support of the Fulbright and Goldwater scholarships, she completed an MFA in Creative Writing (Poetry) at New York University (2013-2015). She won the Poetry International Prize 2016, the second place at the Literal Latté 2015 prize, and was a semifinalist for the Tupelo Quarterly Prize 2016. Her poems have been anthologized in Fuego de dos fraguas (Exmolino), Voces Nuevas 2017 (Torremozas), Antología Liberoamérica (Liberoamérica, Spain), and Puntas de luz (UAM). Her work in English has appeared in Poetry International, Tupelo Quarterly, and Border Crossing, among others. Her poems in Spanish have been published in Letras Libres, Revista de la Universidad, Tierra Adentro, Este País, Periódico de Poesía, and elsewhere. She received the Fundación Para las Letras Mexicanas fellowship (2016-2017-2018) and two Jóvenes Creadores FONCA fellowship (2015-2016, 2018-2019). Her book Proyecto Manhattan was recently published in Mexico by Ediciones Antílope.
Share:

Emily Pifer: Finding Truth (and Lying to Herself) While Editing Her Debut Memoir 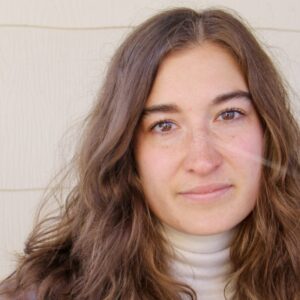 Emily Pifer: Finding Truth (and Lying to Herself) While Editing Her Debut Memoir Emily Pifer is the guest. Her award-winning debut memoir, The Running Body, is out now from Autumn House Press. Subscribe...
© LitHub
Back to top