Of the more than half a billion people who had an internet connection in China [a half-decade ago], many self-identified as wangmin: “citizens of the net.” They were an oppressed population. Initially loose restrictions, a result of censors underestimating the power of the internet, had tightened. The Education Department tried to roll out pre-installed software called Green Dam Youth Escort which would block porn and other “unhealthy” websites, but gave up in 2009. Google pulled out of China in 2010, and the Great Firewall grew higher. But for each attempt the government made to create a safe and healthy web, the netizens only resisted more creatively.

Dahai still logged onto bulletin boards and followed blogs, but by 2011 social media was king and the main forum was Weibo. Literally “microblog,” the most popular Weibo was owned by Sina, the tech company that also hosted news and blogs. It was something between Twitter and Facebook, both of which were blocked in 2009, the same year Weibo launched. Underneath a pale blue navigation bar you could post, repost, “like” and comment, as well as receiving private messages. As on Twitter, text is limited to 140 characters, but it only takes two characters to form most Chinese words so they stretch a lot further. (“In the Chinese language,” Ai Weiwei said, “140 characters is a novella.”)

Dahai signed up in May 2010. His self-description line was “In a universe this big every coincidence is inevitable”—playing on the character for his surname, Yu, which in another tone meant universe. His profile picture was a sepia sketch of his face in profile, and his first post was a picture of his college band with the words “commemorating our already passed youth.” He followed old university buddies, made new Internet friends and reposted links and commentary from the “Big Vs,” the verified accounts of celebrity micro-bloggers. Even as he was stuck inside his work unit’s corrugated-steel perimeter, his worldview was expanding.

To understand netizens he first had to decode online slang—a “parallel language system” in the phrase of one Chinese blogger, full of puns and knowing winks. An extreme version of it, adopted from Taiwan and Hong Kong, was called “Martian script,” fusing constantly changing symbols, abbreviations, foreign words and intentional typos into a shibboleth script that none but the initiated could understand:

More widespread was an expanding glossary of punning homophones (the narrow range of Chinese phonology means that many characters share the same or a similar  pronunciation) to create a unique glossary.

Dahai took a crash course, incorporating each new slang into his own posts. Some played on English pronunciation: 3Q (san-q) for “thank you,” 88 (baba) for “bye bye,” haipi for “happy.” Others used numbers: 517 when read aloud in Chinese sounds like “I want to eat” (McDonald’s use it in their delivery number) and 520 sounds like “I love you” (5201314 is “I love you for a lifetime and a world”). “What?” (shenme) became “mystical horse” (shenma). “Venerable country” changed a character into “expensive country.” Caonima, in fourth-third-first tones, means “fuck your mother,” but the same three syllables in third-second-third tones are “grass mud horse,” a less NSFW way to express the same sentiment.

Webspeak was mostly creative fun, but the homophones were also coined as alternatives to sensitive words blocked by the Propaganda Department (the “Ministry of Truth” to netizens who read Orwell). Charter ’08—ling-baxianzhang, the democratic manifesto that landed Liu Xiaobo in jail—became “county magistrate lymph” through a similar pronunciation. Even the word for “harmony,” hexie, took on new meaning when President Hu Jintao’s call for a “harmonious society” led to undesirable posts being “harmonized.” When the word “harmonized” was in a Kafkaesque twist itself censored, netizens used another soundalike, “river crab.”

Before long a living ecosystem emerged. Joining the river crab of censorship was the “elephant of truth” (zhenxiang, from the officialese for “real situation”). The “poison jackal” (ducai, “dictatorship”) shared a watering hole with the “monkey-snake” (houshe, “state mouthpiece”). “Valley doves” (guge, “Google”) flew above “watered weasel-apes” (guanliyuan, “administrators”) and “horses of deception” (qishima) roamed the plains of the Mahler Gobi (malegebi, “your mother’s cunt”). Each creature was illustrated, and when netizens found images of the South American alpaca they adopted it as the long-lost grass mud horse, symbol of their resistance.

Every so often, one of Dahai’s posts which included a sensitive word would be deleted. There was never any explanation or notice. It was just gone—flagged by software, then harmonized by a foot soldier in China’s small army of human censors. Some of the blacklisted words (or numbers, like 6/4) were obvious. Others were part of a bizarre game of cat and mouse. The word “carrot” was briefly blocked as it shared a character with Hu Jintao’s surname. Netizens started posting screengrabs of text to avoid the bots, and if a post or account was deleted it wasn’t difficult to reincarnate it elsewhere. But the censors’ strategy was as much to guide online discussion as to shut it down. Pro-government commenters, mostly Dahai’s own age, were reportedly paid 50 cents per post. Netizens mockingly dubbed them the “50 cent party.”

As he dived deeper into the web, the influence of the half-serious, half-jokey resistance rubbed off. Dahai’s views became even more implicitly anti-state. But he doubted whether the netizens had real power. They played the vigilante in “human flesh search engines” to track down wrongdoers, such as a woman caught on video crushing a kitten to death with her stilletos—but that was just a mob, exposing and humiliating whoever they wanted. Weibo played its role in organizing street protests too, using the euphemism “let’s go for a stroll”—yet the marches were only ever parochial, mostly about environmental pollution or local official corruption.

There was one area where connectivity was genuinely transformative: news spread fast. Before the internet an embarrassing event for the government could be buried, and Dahai had never trusted TV or newspaper news. Weibo changed the rules. In July 2011 a train on the high-speed rail network going at 300 kph collided into the back of another train which had stopped outside the city of Wenzhou. It derailed and flew off the viaduct, killing 40. The railway ministry sent teams to dig a hole, presumably in which to hide the crashed carriage, and the Ministry of Truth tried to stifle the news. But by then pictures were  all over the net. Thanks to Weibo, it was one story that couldn’t be buried.

Dahai reposted all the news that made the authorities look bad. Corrupt officials, sex scandals, local protests—each click of the share button was a small act of mutiny. It was a modicum of rebellion that he couldn’t afford outside his digital other life. By adding his voice to those of others online, he thought he could put pressure on the government to fix the nation’s problems and make society fairer to those on its lowest rungs. As a citizen he couldn’t change a thing; as a netizen he might change China. One web slogan summed it up: “Reposting is power.”

Yet for all his righteousness Dahai acknowledged he was also just blowing off steam. In particular he like to poke fun at the second-generation rich kids who used Weibo to show off their luxury lifestyle. When a 20-year-old called Guo Meimei posted photos of her Maserati sports car and Hermès handbags, netizens spotted that she claimed to work for Red Cross in China (in fact her sugar daddy did). When the son of a deputy police chief ran over and killed a college girl, his protest while resisting arrest—”My dad is Li Gang!”—became a catchphrase. The bratty and privileged became hate figures online, outlets for the bitterness of the less fortunate.

More still of Dahai’s posts were about nothing more sensational than trending gossip or his favorite music. The rule held as true in China as elsewhere that the most shared photo on social media at any given moment is a kitten gif. And none of the posts that ridiculed national scandals translated into street protests. For all of the indignation on Weibo in the wake of the Wenzhou train crash, not a single netizen put their feet where their fingertips were. When China’s so-called “Jasmine Revolution” followed the Arab Spring, there were as many journalists as demonstrators.

Behind each Weibo account indulging in vaguely  anti-authoritarian posts was a youth like Dahai: reclusive, holding down a job, non-confrontational. What Dahai could say online he wouldn’t dream of telling his work-unit bosses to their faces. He knew that netizens were ordinary and powerless alone—the “fart people” or “shitizens” in one official’s phrase that they self-deprecatingly embraced. But it still felt good to vent. The web was his release from the other nets that trapped him.

Alec Ash was born in England in 1986 and is of the same generations as his subjects in Wish Lanterns. After graduating from Oxford, he taught in a Tibetan village and in 2008 moved to Beijing, where he is a writer and journalist. His articles have appeared in the Economist, Dissent, Foreign Policy, and elsewhere, including the book of reportage Chinese Characters and the Los Angeles Review of Books, for which he blogs. He is a founder and editor of theanthill.org and coeditor of the anthology While We're Here. He resides in Beijing. 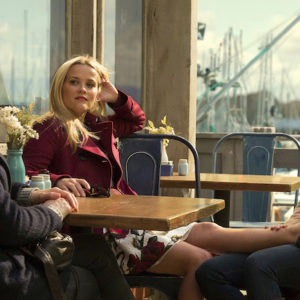 “The mass of men lead lives of quiet desperation,” goes Thoreau’s oft-quoted line from Walden. “What is called resignation...
© LitHub
Back to top