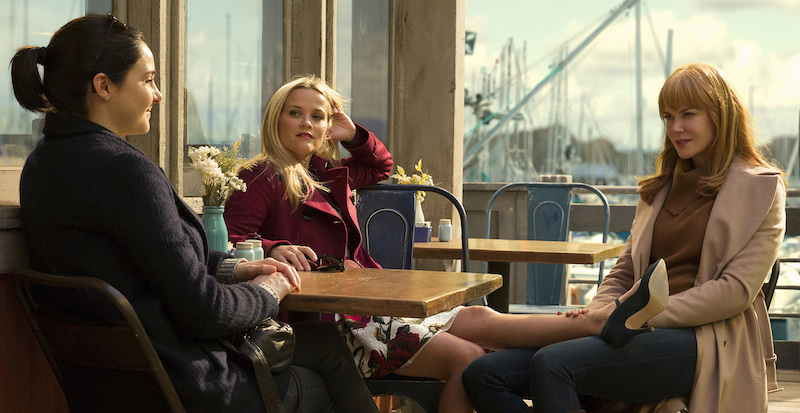 “The mass of men lead lives of quiet desperation,” goes Thoreau’s oft-quoted line from Walden. “What is called resignation is confirmed desperation.” This fits neatly into the category of lines from literature guaranteed to make me roll my eyes—not because Thoreau is wrong, necessarily, but because of how tightly we often cling to his rightness.

After all, in our culture, and especially on screen, it’s indeed usually men who get to lead lives of quiet desperation—I say get to but I mean are afforded the emotional agency to, since no one really wants that kind of life (after turning 18, at least)—or who, in their more amplified incarnations, get to be Byronic heroes, brooding on cliff sides in black capes, staring out into the infinite, meaningless, cruel, dark ocean. Dark as their souls, their pasts, the hair of their dead beloveds. Etc. At least, that’s how used to be.

Thoreau’s famous line comes from the first section of Walden, “Economy,” in which he complains of a culture of men becoming so mired in work and the lives they are societally expected to live that they forget to actually live. That is, that they are “so occupied with the factitious cares and superfluously coarse labors of life that its finer fruits cannot be plucked by them.” Run off into the woods like me instead, says Thoreau. Emerson’s mom will still make you snacks and do your laundry. But I digress.

Thoreau may have been right about one problem—that it takes too much work to make it in America, and too many people have to work too hard for too little—but I take issue with the idea of men leading lives of quiet desperation as it has been adopted in our culture. It’s obviously problematic as a social construct: among other things, it suggests that men are more prone to this kind of existential crisis than women are (hey, perhaps that’s because their intellects are valued more highly), and also that men shouldn’t express their emotions to other humans and therefore must stare out at the horizon to quietly feel desperate about them. Men, that is, are told that “quiet desperation” is a kind of manliness.

Even more manly, of course, is the Byronic hero: typically attractive, magnetic, intelligent, and moody, conflicted, self-critical, and jaded. Often haunted by his past. Often characterized by strong beliefs that seem detached from the norms of his world, and his drive to follow those beliefs are self-destructive. Often violent, but the misunderstood kind of violent. Like Byron himself, these men are “mad, bad, and dangerous to know.”

I can’t help, when thinking about men who lead lives of quiet desperation, but make some mental parallels with the idea of “the forgotten men and women of our country,” who Donald Trump promised in his 2016 victory speech “will be forgotten no longer.” We love to romanticize their desperation, but I’ll be shocked if Trump helps them. At any rate, none of those Americans live in the Monterey that Madeline (Reese Witherspoon), Celeste (Nicole Kidman), and Jane (Shailene Woodley) occupy in HBO’s Big Little Lies. Maybe some of the characters here would have voted for Trump, but only so as to get their millionaire’s tax break. And to be honest, Donald Draper is a better example of what I mean here than the blue collar American worker to whom Trump was referring: rich, successful, tortured, self-destructive.

In this show, Madeline, Celeste, and Jane (along with, to a lesser extent, Renata Klein, portrayed by Laura Dern) are leading lives of quiet desperation, too. And one of the many great things about Big Little Lies is that it allows these women to occupy this traditionally male character trope. It’s not surprising to me that the series is based on a book (a novel of the same name by Liane Moriarty). After all, though it’s rarer (though not unheard of) on screen, in literature, women are much more regularly portrayed in this way. Consider women written by Clarice Lispector, Claire Messud, Evan S. Connell, Paula Fox, Catherine Lacey, etc. But these are not women that are often given their own HBO series or feature films. (One example to the contrary, which may or may not suggest an emerging trend, is Kelly Reichardt’s recent film Certain Women, based on Malie Meloy’s Both Ways Is the Only Way I Want It, also, incidentally, featuring Laura Dern.) Most of the time, on screen, women have it much more together than the typical Byronic or Thoreauian hero—or even when they don’t have it together, they have lost their minds in some much more extravagant or comedic way (as in My Crazy Ex-Girlfriend). How to Get Away With Murder’s Annalise Keating may fit the Byronic mold, but she’s pretty singular. Jessica Jones is pretty Byronic, but she isn’t the least bit quiet about her desperation.

More often on our screens, women are the ones waiting in the kitchen for their wayward husbands to come home, to change, to figure out their shit. They are the frame for someone else’s story; they are the living, breathing, emotional stakes. Sometimes this seems like a good thing: women are portrayed as the strong ones—they are less moody, less disorganized, less prone to random, rash acts. They are victims, even when they aren’t. It’s a similar cultural impulse to the one that has TV ad after TV ad showing a clueless husband set straight by his slim hoodie-clad wife, who smiles ruefully and puts whatever product into his hand.

But Madeline, Celeste, and Jane, could also be characterized as mad, bad, and dangerous to know—at least sometimes. I see all three of them as contemporary, realistic Byronic heroes, though each one has refracted the trope differently—Jane is haunted by her past, Celeste clings to self-destructive patterns, Madeline forces her left-of-center belief system through everyone else’s like a cudgel, all three of them are “moody” in the secretive, tortured sense, and importantly for the show, all three of them seem like they’re equally capable of killing someone or of getting themselves killed. It’s refreshing to see women in these roles.

In an early scene, Jane tries to explain her feelings of detachment to Madeline and Celeste: “Sometimes when I’m in a new place, I get this sensation. Like, if only I were here. It’s like I’m on the outside looking in. I see this life, and this moment, and it’s so wonderful, but it doesn’t quite belong to me… You guys are just right. You’re exactly right, and for some reason that makes me feel wrong.” Celeste looks at her with such intense comprehension. She understands completely. She has her own kind of desperation, and is perhaps, the quietest of the three, despite the fact that her story is the most terrifying, and the most compelling. Madeline’s desperation is less quiet—in this scene, she’s babbling away, refusing to delve beneath the surface with her two friends, but even she has an underworld.

Even the show’s opening credits underscore the translation of typical masculine emotional angst markers to these female characters, taking a traditionally gendered task—driving the children to school—and treating it with seriousness, as if it were the kind of opening montage you might expect from a similar show, if it were gender-swapped: men staring off into the distance, thinking moody, uncertain thoughts, as Michael Kiwanuka sings “Did you ever want it? Did you want it bad?” and “We can try and hide it, it’s all the same…” (This isn’t the only song that speaks to the theme—“Papa was a Rolling Stone,” which soundtracks the trailer and ends the 6th episode, is nothing if not a song about a Byronic hero leaving misery in his wake.)

The cars, of course, are key. A lot happens in those cars—questions, decisions, release, reveals, tears, disaster—which rings true; the car is certainly one of our primary locations for the quiet desperation of contemporary life: it’s a place where you can be alone in the world for the amount of time it takes you to get from one errand to the next. It’s a mobile emotional hood. The landscape too is evocative of introspection and serious emotional trauma: cliff sides abound—and at least one character fantasizes about throwing herself off one—the complicated metaphor of the ocean is constantly in the background, the cheeky closing and opening of the fancy homes’ automated blinds a nod to modernity. What I mean to say is that every part of the show is taking these women seriously. (That’s not something you’d have to point out about a male-fronted psychological drama, of course, but I’ll just leave that alone.)

In the end, though, this is a story about trauma and the aftermath of trauma, about abuse and the way we hide it, and not about the disconnected sense of self one feels when one has to work too hard for too little actual life. So I’d argue that in fact these characters are actually better at filling this trope in than their male counterparts—they’re desperate, yes, they’re unsatisfied with their lives, sure, but they aren’t just that. They’re also clawing their way into this world, holding on as best they know how. Which is, among other things, deeply entertaining to watch.

Emily Temple is the managing editor at Lit Hub. Her first novel, The Lightness, was published by William Morrow/HarperCollins in June 2020. You can buy it here.
https://www.emilytemple.net/
Share: 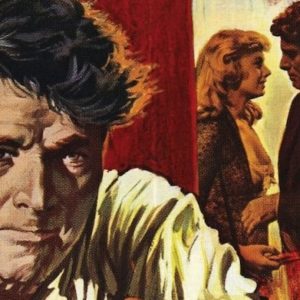 Sinclair Lewis, American Prophet It Can’t Happen Here, a 1935 novel about the rise of a fascist government in America has been garnering plenty of attention...
© LitHub
Back to top